Turn two cubes into one! 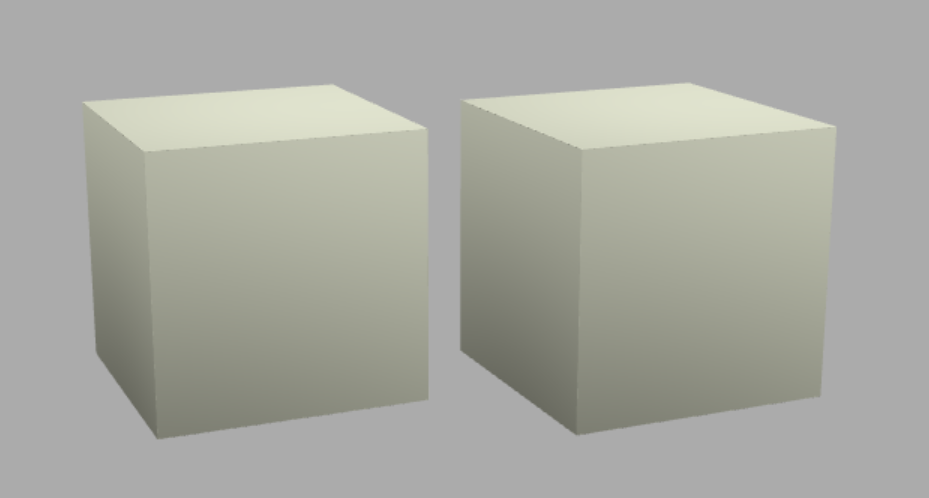 I have found several solutions.

There are three cube nets that cover the same-shaped half of the larger cube surface, so you can choose any two copies of those (the same or different) and combine them to make the larger cube. In the image below I have only shown the three cases where you take two copies of the same net. In these solutions, the two halves of the large cube have the same handedness - a 180 degree rotation around a face centre maps one half to the other.

There is another solution in which the two halves are mirror images of one another. A point reflection through the centre of the large cube maps one half to the other.

Note that the large goal cube has twice the surface area of the two smaller ones, so its edge length is $\sqrt{2}$, the length of a diagonal of the face of one of the smaller cubes. Therefore, the 12 edges of the goal cube are formed by a diagonal from each face of the two cube nets.

To find the solution I looked at all 11 cube nets, and drew one diagonal in each face, such that the ends of the diagonals meet. Those diagonals can be drawn in two ways, unless there is symmetry. In each case I looked at what shape this would cover on the larger cube, where its edges were formed by the drawn diagonals of these nets. Note that no net can cover a complete face (this would require a 2x2 region in the net) so if a net leaves a complete face uncovered, it cannot be part of a solution. That left only a few cases to try.

26
How many cubes can we fit in?
26
How can this fractal shape perfectly cover a certain platonic solid?
7
Unfold a right angle pyramid into a square
13
Ernie and the Superconducting Boxes
8
One piece of a destroyed chess board
25
Two chunky pixelated X's locked in mortal combat!
3
Aluminum Foil Folds and Cut
9
Cutting a shape into two equal area shapes
0
How many L-shaped pieces will not be used to make cubes?
36
Can you refold a hyper plus sign into a cube?