Fifty countries – A letter from Gladys 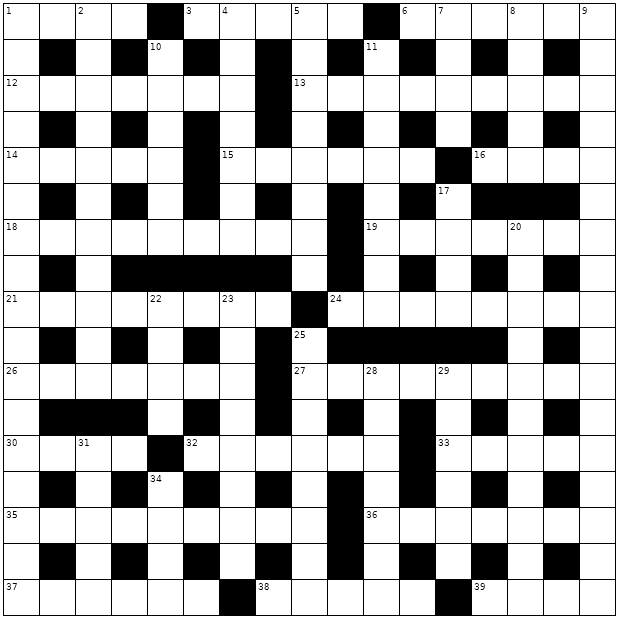 Letters from Gladys are geography-themed standalone crosswords. Each puzzle has five thematic answers, which are places, sights or landmarks in or around a certain location (in this case, a desert). Each thematic answer is notable enough to have its own article in the English Wikipedia, although not necessarily under the same name that is used here. The goal is to fill the grid, identify the thematic answers and guess the name of Gladys’s destination, which is not indicated in the grid.

If I have counted correctly, I have now actually visited 50 different countries in these puzzles. Many more to come, I hope! This time I am in an area dominated by desert, yet for some reason many of my destinations revolve around water. Can you guess where I am?

Across
1. Domino's pizzas contain these compounds (4)
3. Plant whose leaves are chewed in Ethiopia, a small part of Rwanda, and Arabian Peninsula (5)
6. After retirement, he gives orders regarding dry river bed (6)
12. Child's shooter Jack's dream: Naked pop singer (7)
13. Wild fauna drinking blood regularly seen around British capital city (9)
14. A lion, as in disguise, missing imperator overseas, originally (5)
15. I have to follow mother back after short hide and seek (6)
16. Aurally stimulate to the max (4)
18. Religious leader's retreat, a place in the 26 across west, tracked by a young fellow (5,4)
19. That is impossible without the elements of carbon monoxide in the periodic table (2,3,2)
21. Protagonist in old book was brought up here – he played with Tarzan (8)
24. Members of crew: "Stu's obviously recalled an archaeological site" (8)
26. Locked in a prison, Friday is like several entries here? (7)
27. Suddenly he's adrift at sea (9)
30. Sunset Boulevard – U.S. kinematographic piece (4)
32. Refrain from going out, essentially trusting letter from 21 across? (4,2)
33. Law in film associated with a place containing 21 across (5)
35. Area of dry land is not a shape that's 5 down (6,3)
36. Inner layers of atmosphere starting to spread early enough (7)
37. Explosive endings from the Cunningham gambit – mating's involved (6)
38. Irish singer standing behind top of Kilimanjaro, a high 16 across (5)
39. Old Middle Easterner from Arabian country going west to get pinch of salt (4) 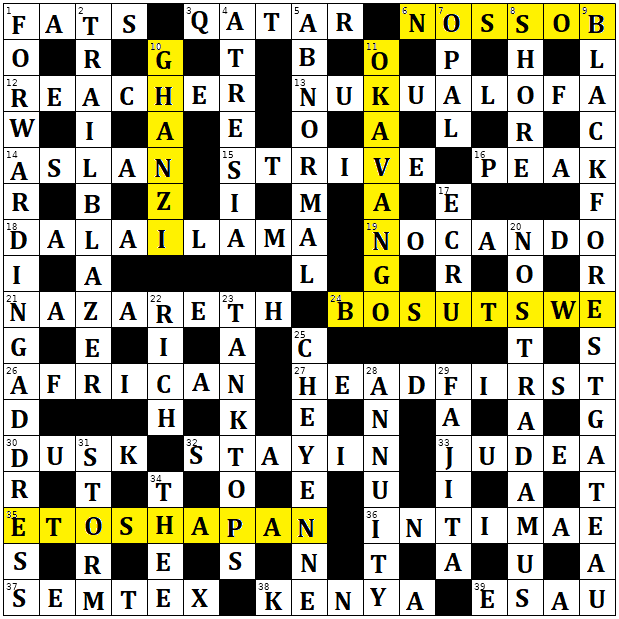 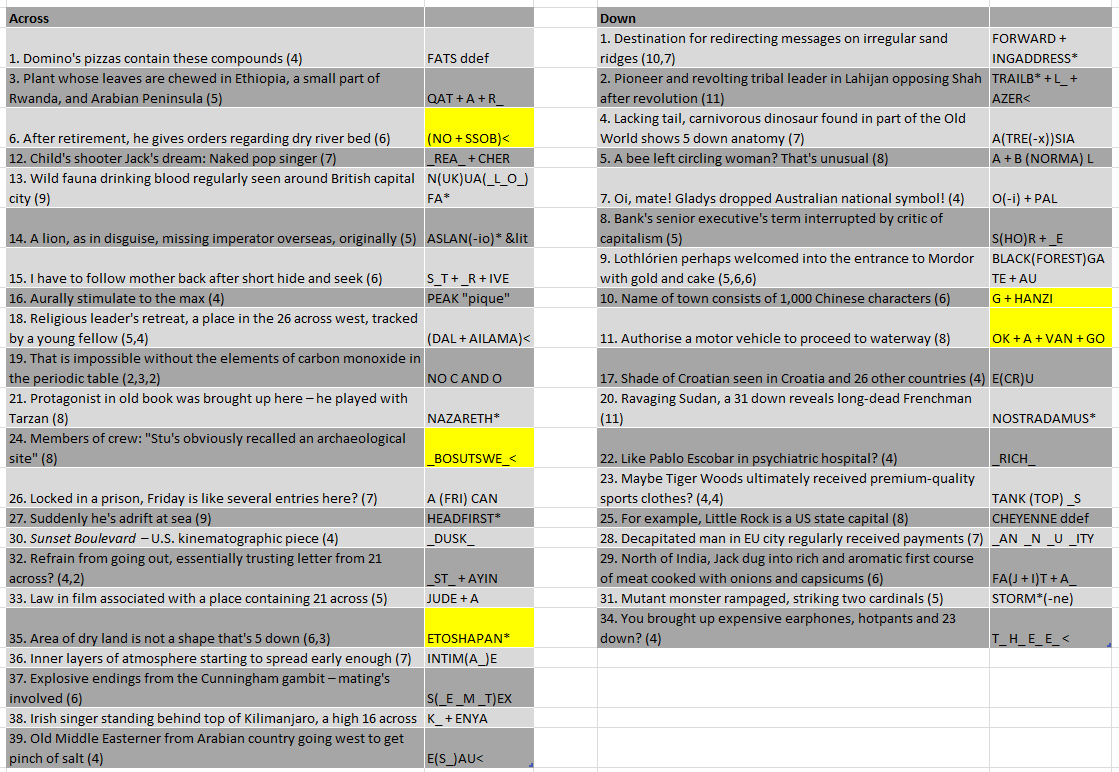