Who put these roof beams over the chimney, I'd like to know?

Before you read this, the credits: I came up with this puzzle entirely by myself, and the photo is mine.

I just bought a house last winter, and I was all ready to cozy up next to a warm fire in the fireplace, when that I noticed that, even though the house had fireplaces, the roof had no chimney!

Climbing up into the attic to take a look, I discovered that someone had built the roof beams over top of what remained of the tip of the chimney. So much for those romantic fireside evenings I was dreaming of. 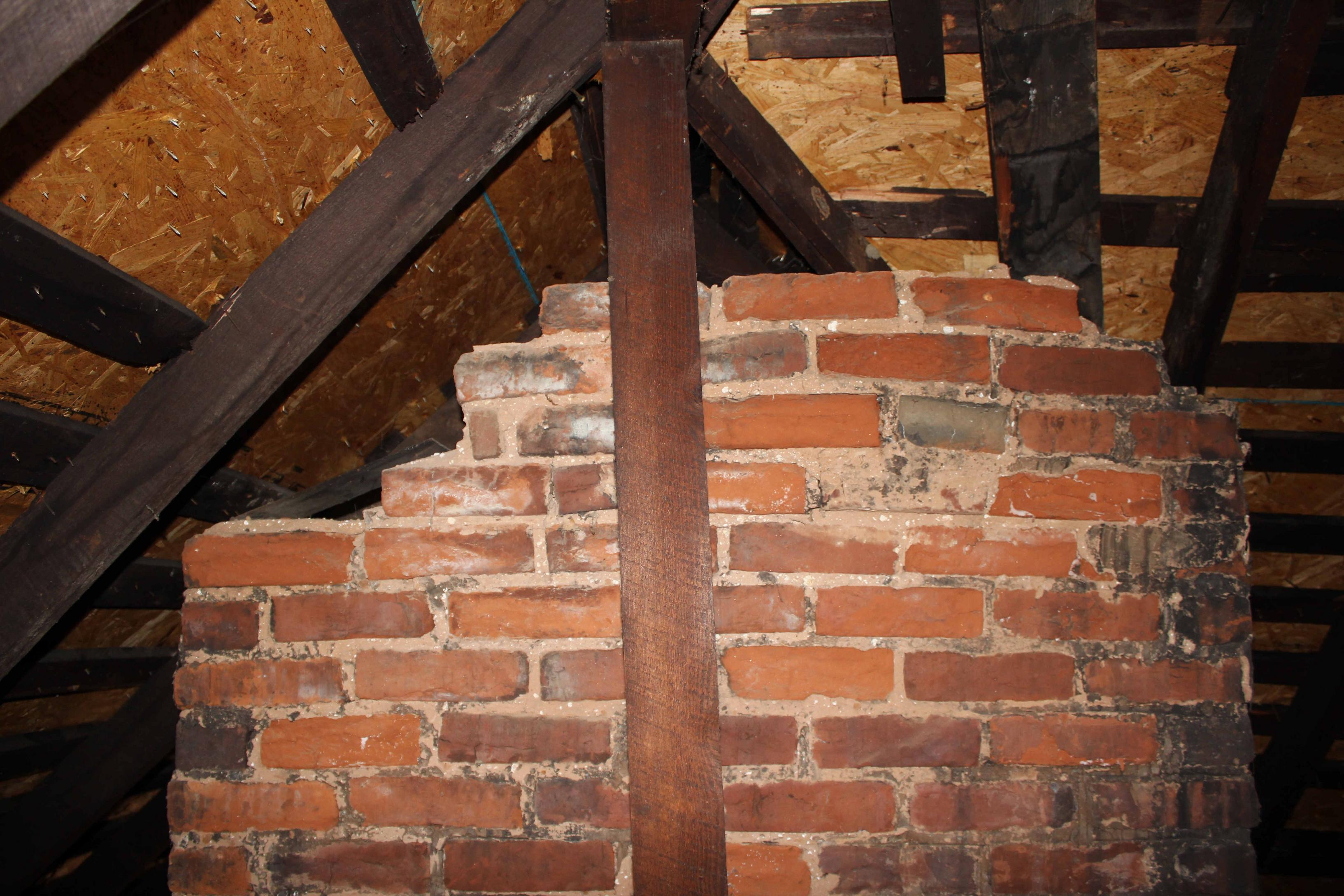 That wasn't the end of it, though. One day soon after, I found this message attached to the bottom of the mailbox:

My curiosity overcame my disappointment, so I decided to investigate into this; what I want to know is just who put the roof beams over top of the chimney? Specifically, since this is the first house I've owned, I want to know just their first name.

As I continued my investigation, I realized that the chimney wasn't the only odd thing about the construction of the roof...

Take a close look at the top left quadrant of the image, and you'll see what I mean.

The code is sharp... a well-known code.

I'll give it a go 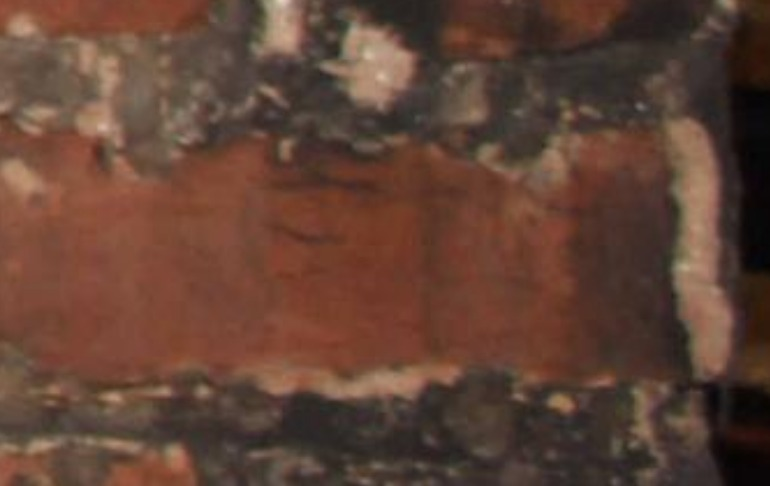 But I cannot make it out. Looks like an E and then a T or an L.
I mean here 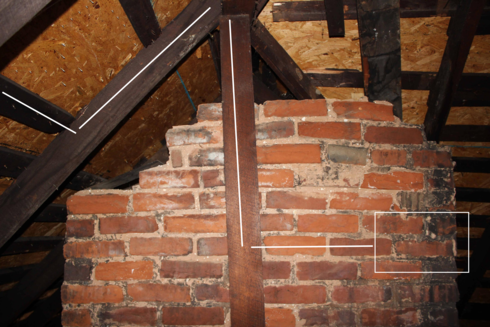 Start from the top left quadrant and follow the beams according to the arrows. (see the white lines I drew perfectly with my awesome pinta skills) I took a leap of faith at the last arrow (horizontal) and tried on every row of bricks and zoomed in a lot.

Not the answer you're looking for? Browse other questions tagged enigmatic-puzzle visual lateral-thinking story or ask your own question.

25
How did the man hang himself?
2
Measure the height
8
The Hyper-Modern Kidnapper: Crime Scene #2
26
The PSE School of Enigmatics (Part 1)
6
Colorado Carl and the Lazurite Lizard - Part Two
12
A Musical Mystery: Part 1
7
It's time for a real difficult question
3
The Cryptic Lab ~3~
18
PSE Advent Calendar 2021 (Day 18): A Reunion, and Christmas Decorations
9
Doubling Down - When a Good Idea Goes Bad