I just published my Donimoes collection of new games and puzzles as a book, so I'm celebrating by posting some bonus problems this week.

Capturing Donimoes is a puzzle I designed to feel like a safari in heavy traffic.

The goal is to collect all the dominoes by sliding matching numbers next to each other.

There are only two ways a domino can move: matching and adding.

Move a domino one space along its long axis so that it ends up with at least one of its numbers matching an adjacent number on a neighbouring domino. Then collect the domino you moved and any dominoes that match it, by removing them from the pattern. In this example, the threes match, so you collect both dominoes: solution found!

Move a domino one space along its long axis so that it ends up with at least one of its numbers next to an adjacent number that adds up to six. With an adding move, no dominoes are removed. In this example, the two adds up with the four above it to make six.

All the dominoes must stay in one connected group, you can't split the group after moving or after removing the matching dominoes.

Here's a problem to solve for today. Try to solve it in the fewest possible moves, and post your solution. 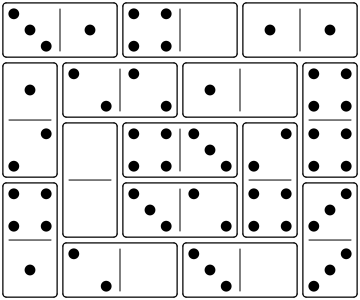 sliding-blocks dominoes
Share
Improve this question
asked May 2 at 14:46

This was a cool puzzle. I have never seen it before. After playing around with many different wrong paths, I finally found a correct one using 14 moves. 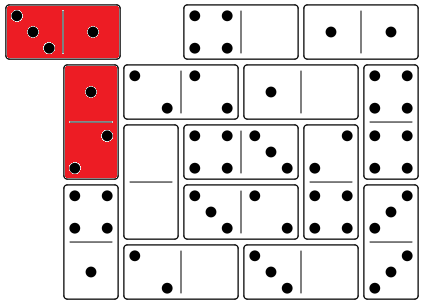 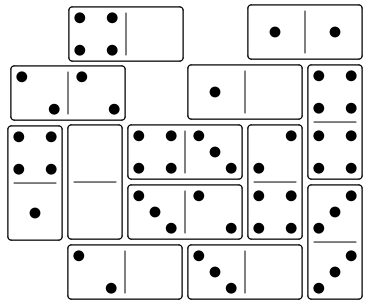 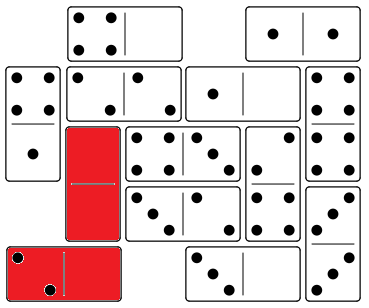 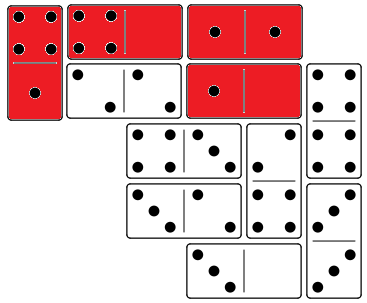 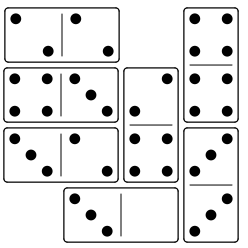 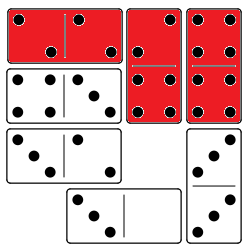 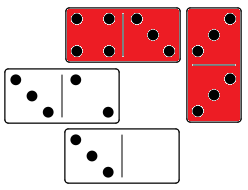