Find the best plan for White

Here is a chess position to be solved. It is technically illegal, but for the sake of the puzzle, we'll ignore that. Find the plan for White that wins the game, with proper reasoning. 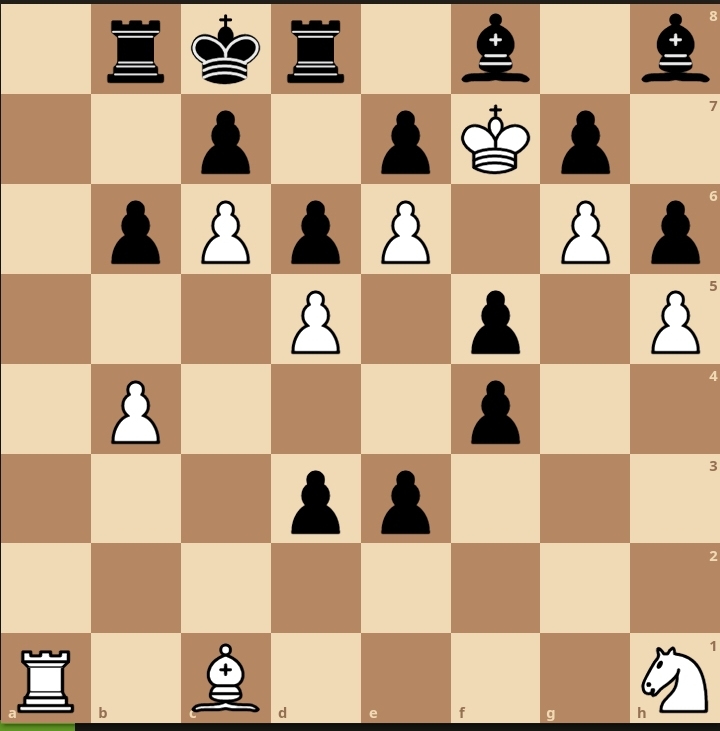 strategy chess
Share
Improve this question
edited May 5 at 0:58

White can win with the move

b5, to prevent black from playing b5

Bd2, blocking the d-file and guarding e1. The white knight will soon jump to f2 to block the f file.

The general strategy is to

keep the rook on the a-file and force zugzwang after black moves all of his pawns to their deaths or until they have no more moves.

If at any point black plays Rb7, white plays

Ra8, forcing black to block with his rook, then white plays Ra7. Now if black plays Rb7 again, white takes it with the rook unless that would be stalemate. If it would be stalemate, then cxb7, and after Kb8, then Ra8, Kb7. Now if the rook is still on d8, Rxd8, else Rd8. If black's c-pawn moves, white takes it with the d-pawn (so black's b pawn can never get rolling). At this point, the black king has no way to stop Rxf7 and Kxe7 in order to queen the e6 pawn, especially with the help of the rook.

white takes it with the e pawn

If black plays Re8,

white takes it with the king

Not the answer you're looking for? Browse other questions tagged strategy chess or ask your own question.