Have designed a number of puzzles - would love to know what you thought?

From the four tiles which two are A and B? 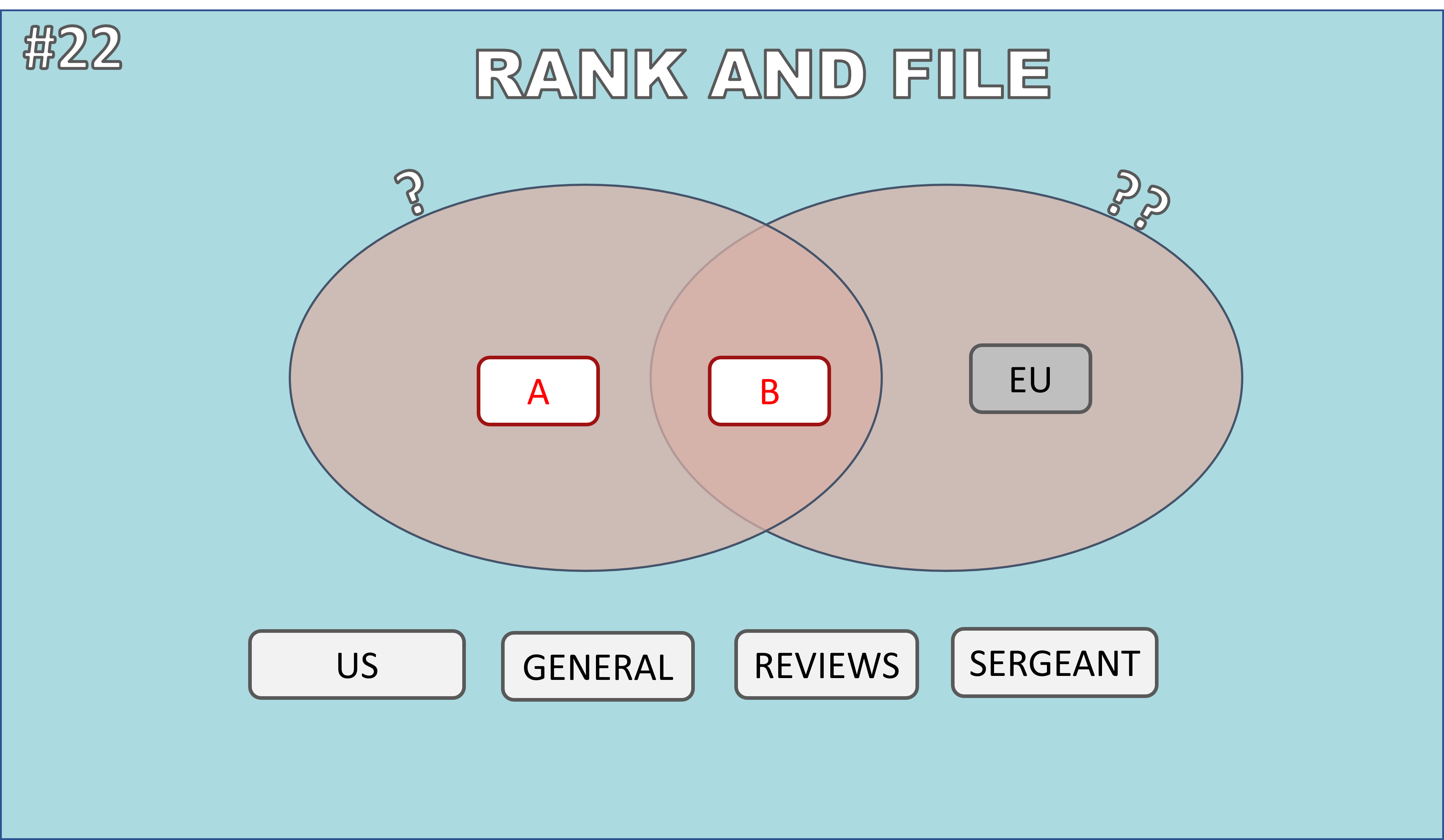 "Few tile" is a pun for 'futile', but if anything, it connotates the game Scrabble, implying we could try to look to the letters for a solution.

"Rank and File" implies the order and position of the letters is relevant. Feedback: This is on theme with General and Sergeant, which is good.

"EU" seems to primarily clue 'European Union', which seems meaningless; feedback: nice red herring. Second possibility is it indicates we should be looking at vowels.

All four words contain at least one 'E' and 'U', so their mere presence is not sufficient to categorize. Going back to 'rank and file', and the fact that the left circle has one ? above it, and the right circle has two ??'s above it, let's look at the adjacent vowels in the words, similar to how "EU" is composed of only two adjacent vowels.