Husbands and wives – A letter from Gladys 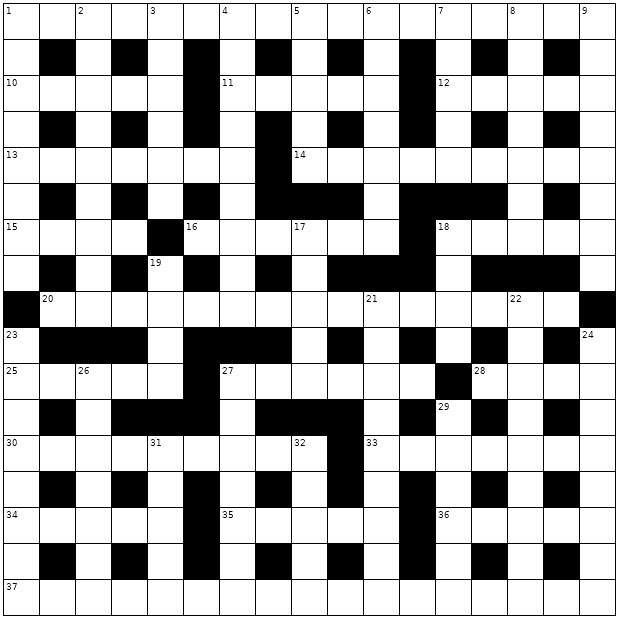 Letters from Gladys are geography-themed standalone crosswords. Each puzzle has five thematic answers, which are places, sights or landmarks in or around a certain location (in this case, a state). Each thematic answer is notable enough to have its own article in the English Wikipedia, although not necessarily under the same name that is used here. The goal is to fill the grid, identify the thematic answers and guess the name of Gladys’s destination, which is not indicated in the grid.

Greetings from (redacted)! I have been keeping busy as always, as I’m sure you already guessed. This time I have spotted whales from a boat, toured some spectacular valleys and caves, and visited a city built on a steep mountain slope. I have seen a site of tragic events and a spot where explorers landed centuries ago. Can you guess where I am?

Across
1. Highland fellow – a father and a husband, one part of a husband-and-wife duo – touring India (7,10)
10. He had a silver-screen standoff with Eli and Lee and Bill, running off in the end (5)
11. Being at rest, finally, in Gray Havens (5)
12. Answer finally found after cryptic clue disorder (5)
13. A bulge has formed here from leg squats; core getting skinnier (7)
14. Temperamental guru undressed, interrupting miracle unexpectedly (9)
15. One is seen behind Mike in framed mirror? (4)
16. State of New Jersey attorney's heading to visit the Red Lion? (6)
18/29d. Atlantic City card game tour goes horribly, with loss of 1024 euros (5,6)
20. Rebuild old arcade – reveal it connects two parts of a city (8,7)
25. 1,000 ZAR? (5)
27. Take up excess on vacation, getting drunk by strong alcohol content in tea (6)
28. Sound effects drowned Azerbaijan's capital city (4)
30. Beat sportsman gets quiet after Olympic volleyball event starts (9)
33. Client's ordered lettering template (7)
34. Principally, they embrace an extreme of lawlessness? (5)
35. Fantastic, by two measurements (5)
36. Best group endangered members (5)
37. Ruthless Spaniard, having caught one unfortunate spy with gems, essentially makes a crime scene (4,3,4,6)

Down
1. Young male from Colorado, one part of a husband-and-wife duo, scratched head wearing chromium jacket in Exhall (8)
2. Arizona alum hit poorly in relation to measurement along the horizontal plane (9)
3. A Native American crossing street, showing good judgement (6)
4. Blanket and unopened tall jar found (3,6)
5. Metal band is breaking up, Gladys is saying (5)
6. Misbehaving Birmingham minor skipped prayer (7)
7. In broadcast currently: Animal from Australia's island in the Pacific (5)
8. Increasingly irritating horror film actress and singer, one part of a husband-and-wife duo, covering #1 (7)
9. A Brazilian archipelago – tropical, with no hotels, ultimately (8)
17. Yanks – really obnoxious people (5)
18. Maybe an antelope in the savannah is quite lost, time and time again (4)
19. Distinguished poet appearing in promo video (4)
21. A food infused with water vapour – a famous one was made in Compiègne (9)
22. Lousy doctor infected restrained patient's heart (9)
23. Crash casting getting Oscar? That's doubtful (8)
24. Trade fair, involving large delegation escorting state leaders, sets off (8)
26. Ways to inflict payback on someone, primarily exchanging one unsettling extreme for another (7)
27. Members of the USSR's ruling party embraced conflict to get benefits (7)
29. (See 18 across)
31. River's banks in England modelled (5)
32. Travel on horseback around the edge of dividing range (5)

Gladys is touring the state of 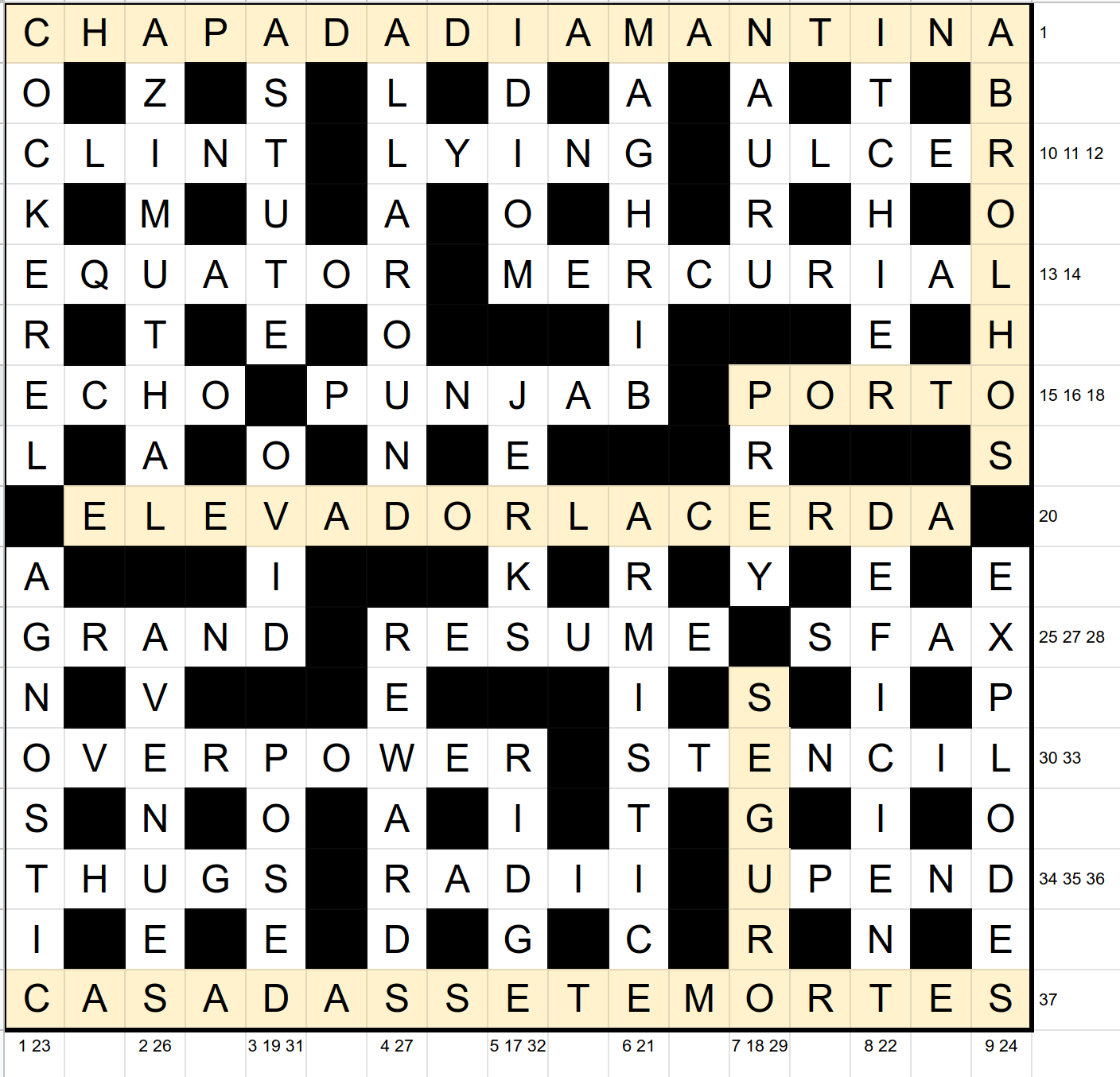