Change of pace – A letter from Gladys 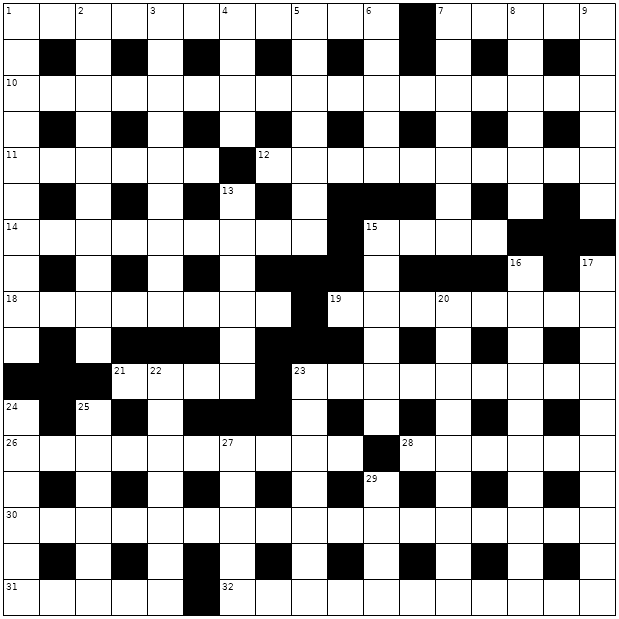 Letters from Gladys are geography-themed standalone crosswords. Each puzzle has five thematic answers, which are places, sights or landmarks in or around a certain location (in this case, a city). Each thematic answer is notable enough to have its own article in the English Wikipedia, although not necessarily under the same name that is used here. The goal is to fill the grid, identify the thematic answers and guess the name of Gladys’s destination, which is not indicated in the grid.

Today I’m taking a break from all the sun and sand and have had to put on my winter jacket. I have been to an amusement park built around a tall observation tower, walked in a snow-covered garden, visited a few museums and tried some lovely local delicacies on a pictoresque marketplace. Can you guess where I am?

Across
1. Section of Noah's Ark Annie mistook for a place with coasters (11)
7. Ex-leader of Barbados is after cow hide (5)
10. Rowdy fans disturbed a solo balloon flight, cutting one of the lines (8,9)
11. Natural corruption of Robin by Batman's side (6)
12. Maybe Antony and Cleopatra found a place to swing (10)
14. Industry's leading character actor did fudge lines written down as a memory aid (5,4)
15. As overheard: "Darned! A carbonated beverage?" (4)
18. Not quite close to young lady (4,4)
19. Nick showers after others (8)
21. A container with lid slightly open (4)
23. After 5 April, thousands enter the third museum built in an old factory building (9)
26. It has a revolving restaurant and a nun dancing with aliens (10)
28. Fruit essential to Algonquin celebration (6)
30. Set straight a Midlands idiot – run cutting-edge technology? (10,7)
31. Fictional places of worship, built to honour the Seven Clans (5)
32. Prepared for timeless weather phenomenon (2,5,4) 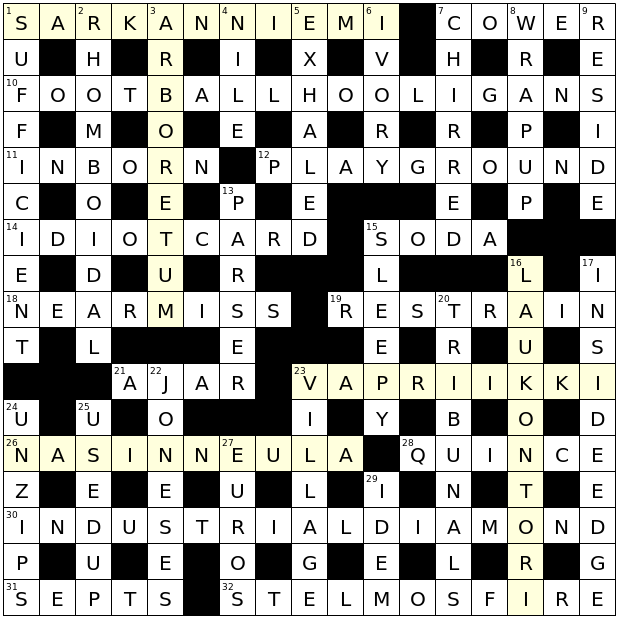