Hokuro is a grid deduction puzzle inspired by Kakuro. 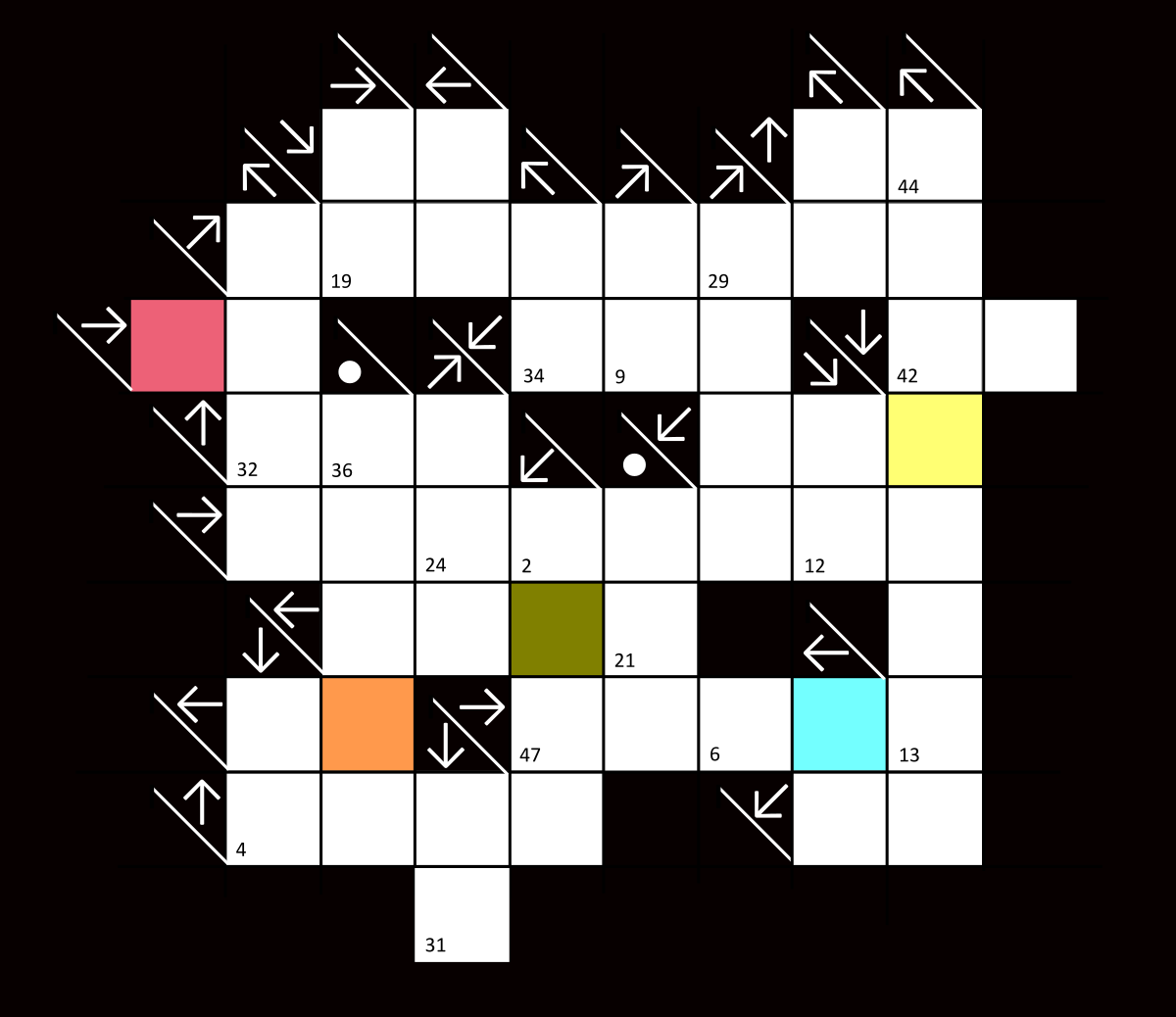 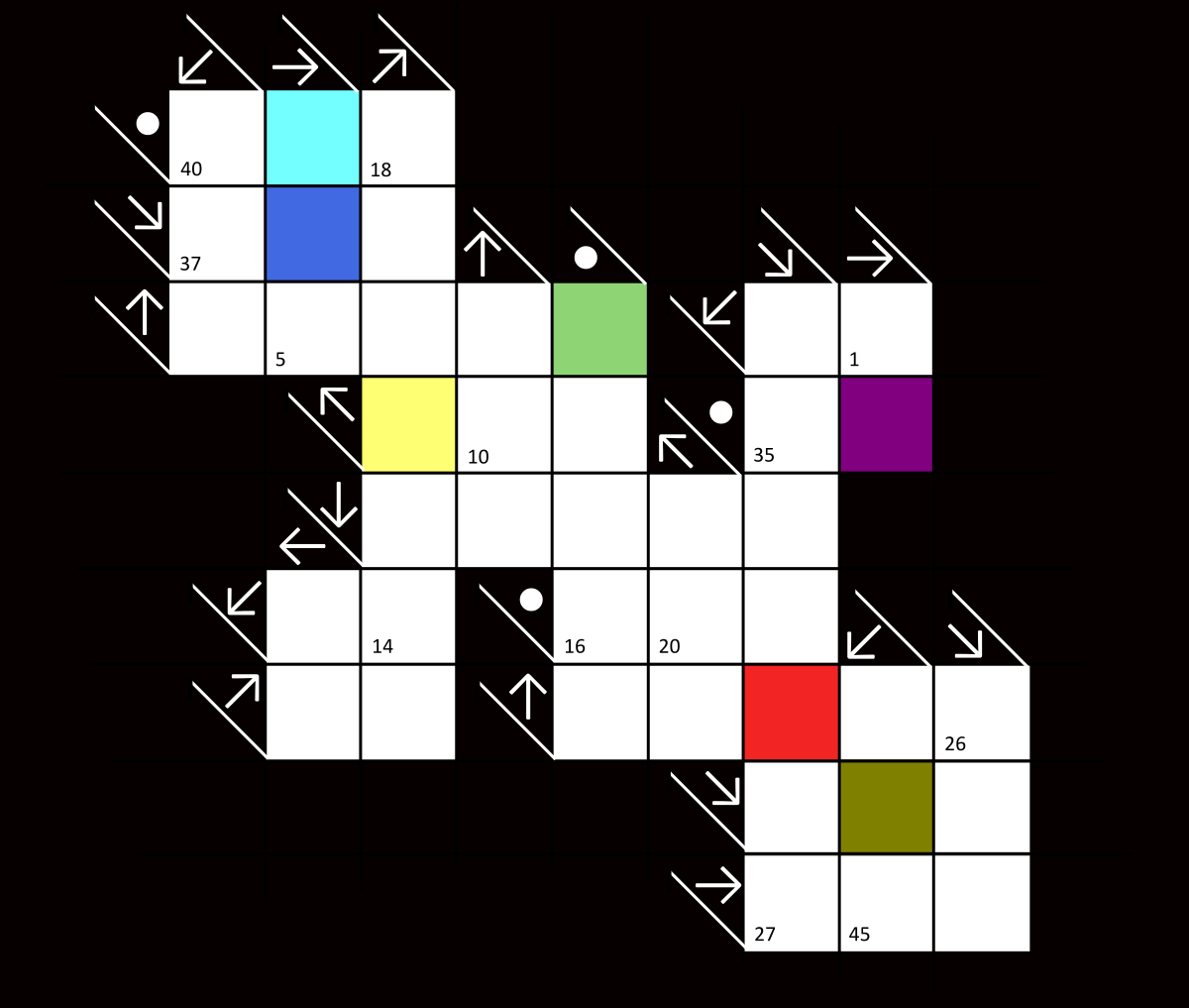 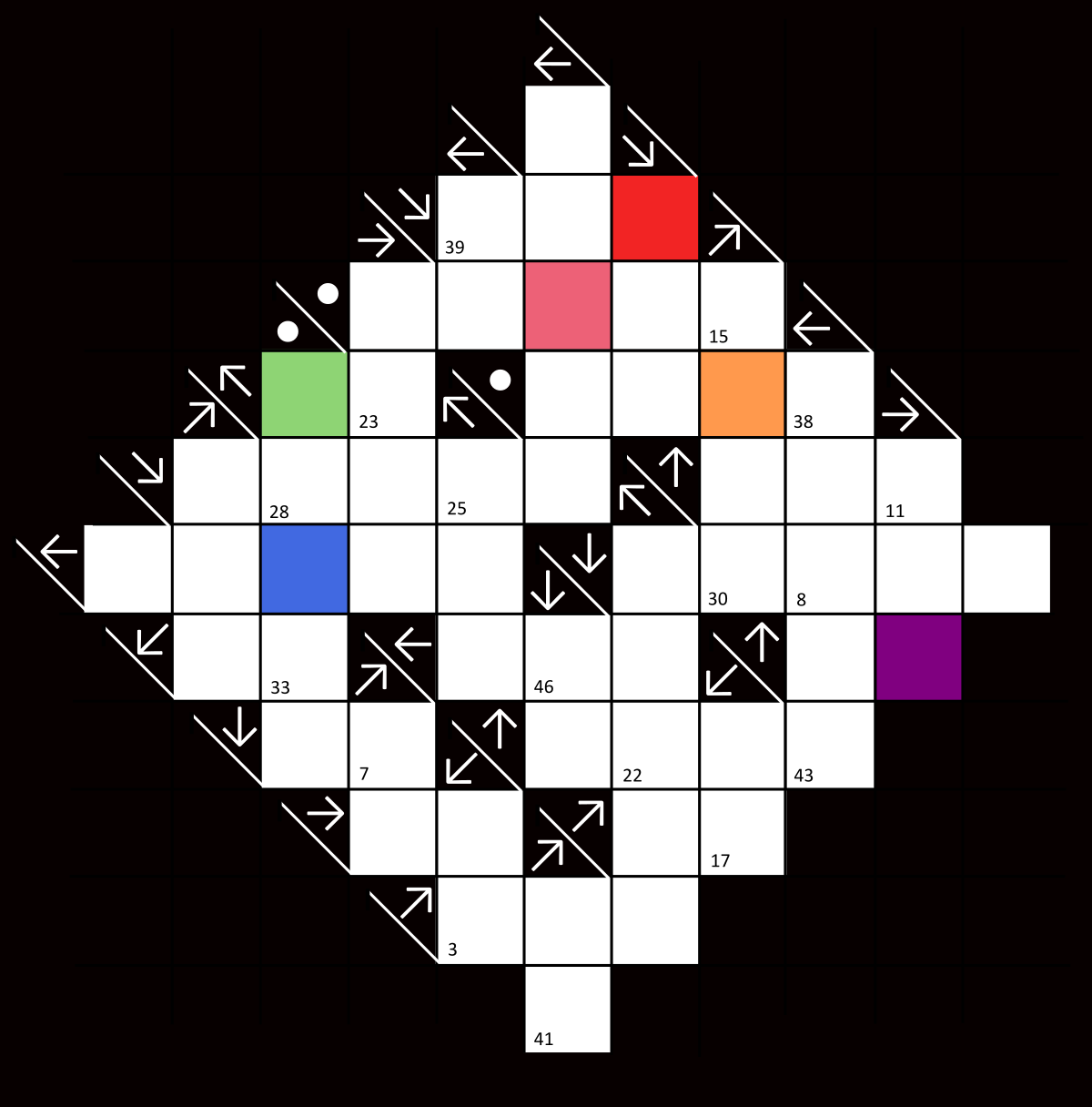 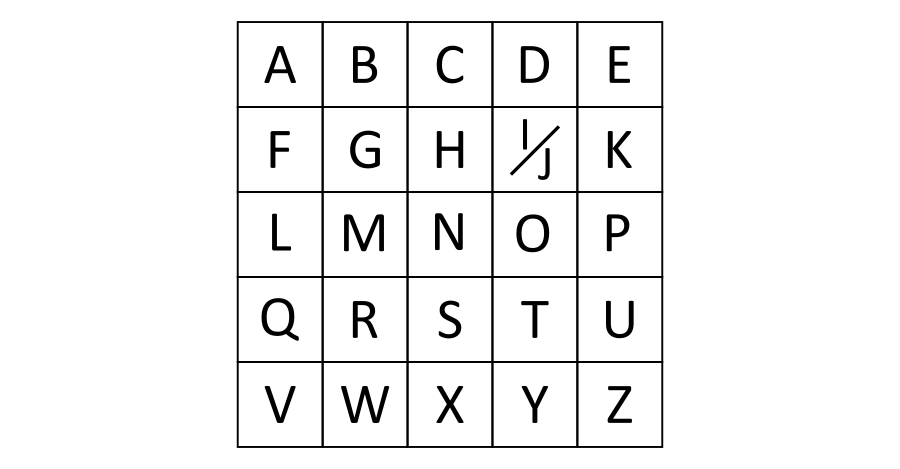 The first break comes at the bottom of puzzle 3, where there is only one way to fill 3 and 17 without immediately running out of options. 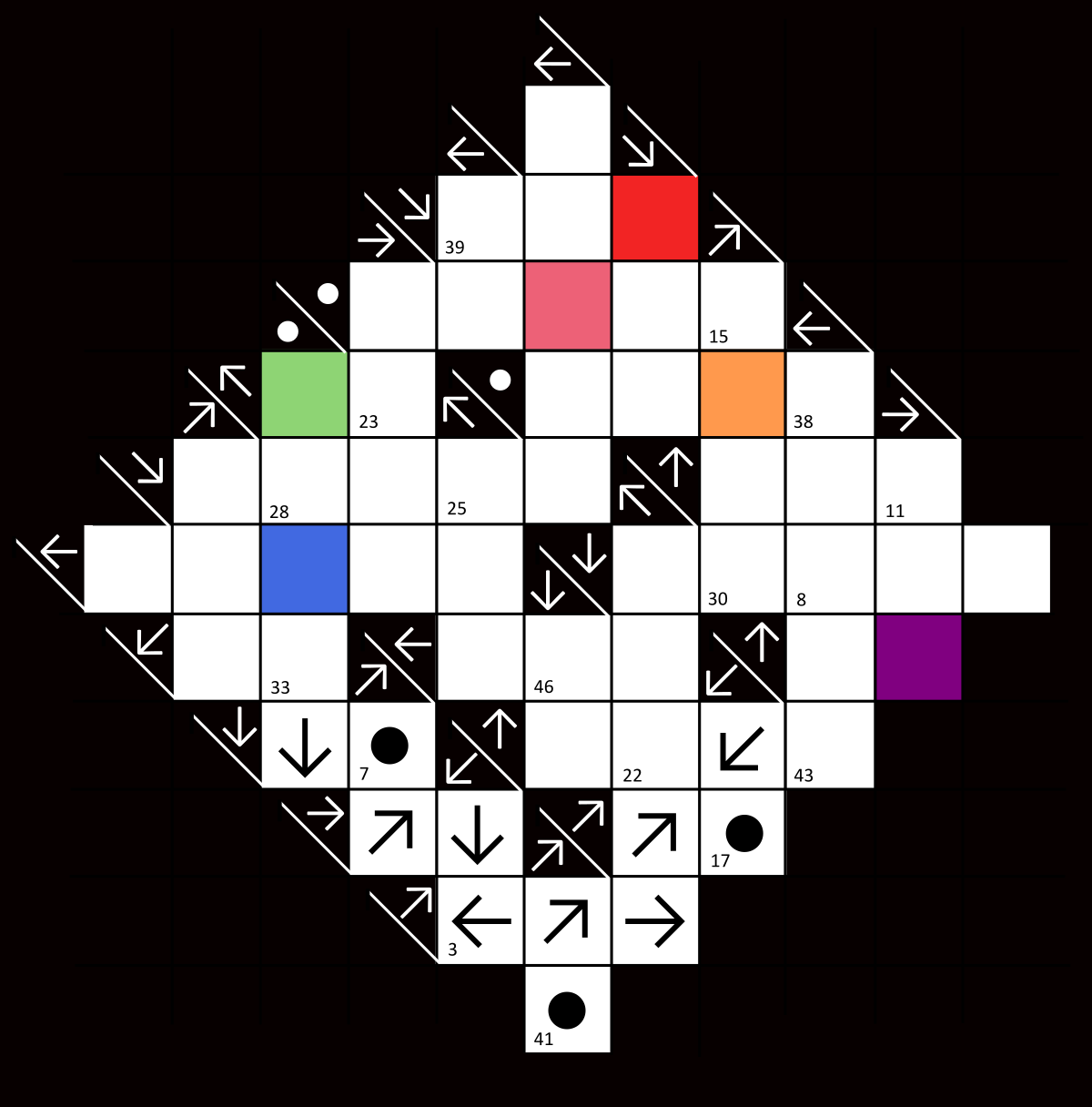 The row with 22 must now have the NE arrow, and it can only go on 43. Combined with the 46-column this forces a few more cells; some pencil marks arise from considering possible combinations (one set of which is transported from basic deductions on board 1). 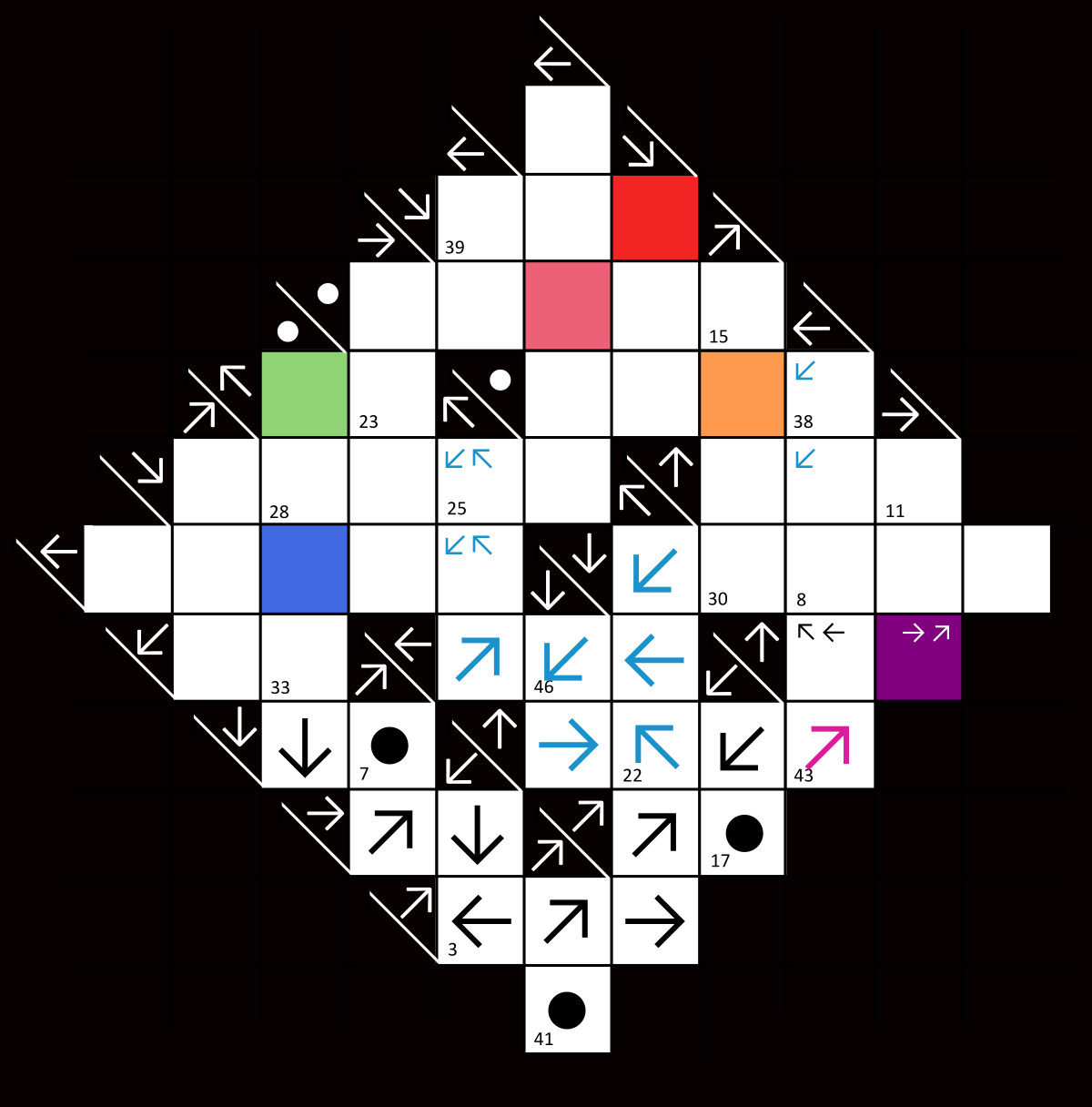 It is fairly easy to show that the four starred cells below must collectively contain C, W, N and NW. Then the cell above 9 can only be NE or E and 9 itself N or C – but if 9 is N there is a contradiction since the other two cells in its row could only be S and SW, whereas 34 is also locked to C/W/N/NW. Hence 9 is C and we get a lot of deductions from there: 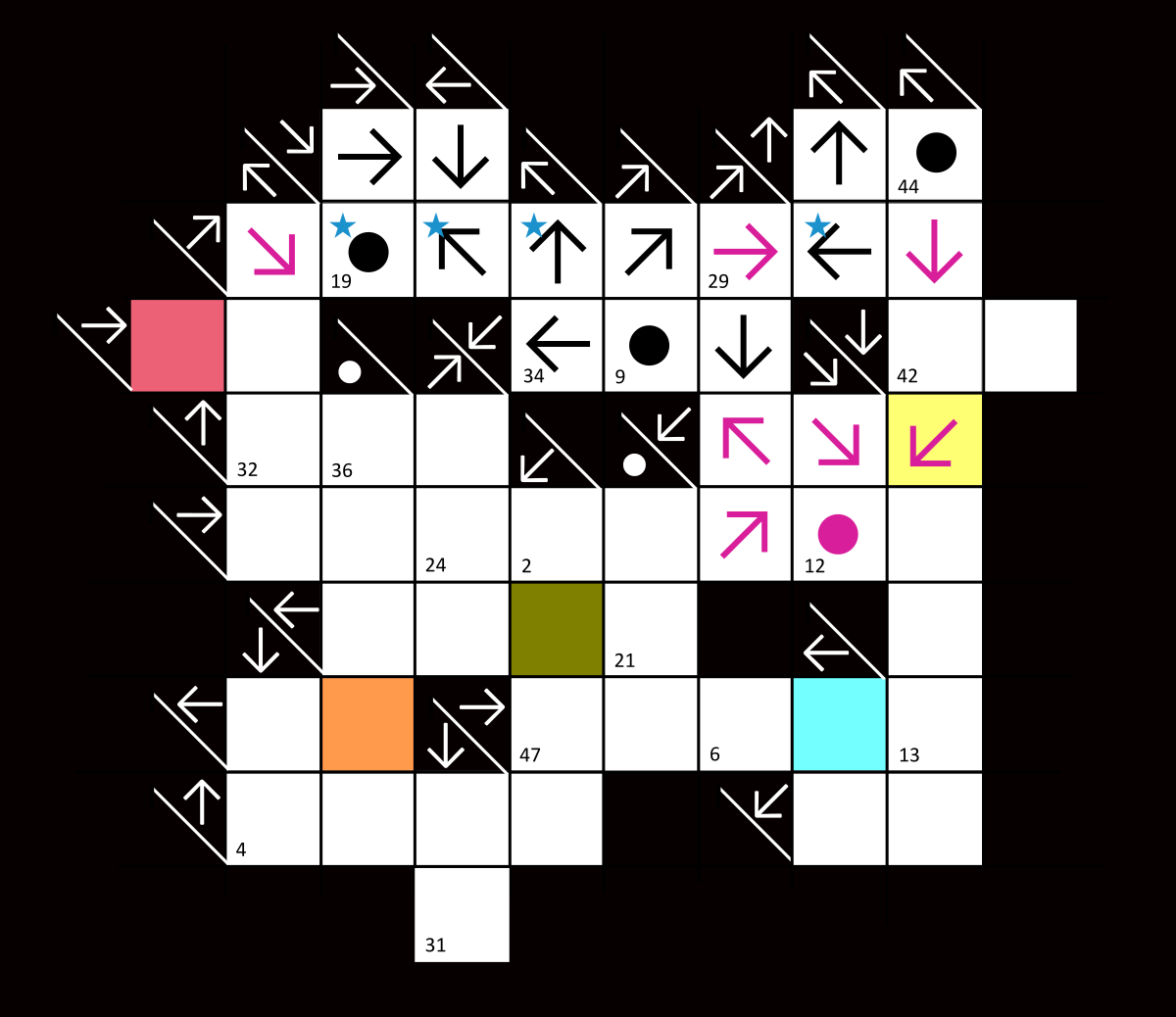 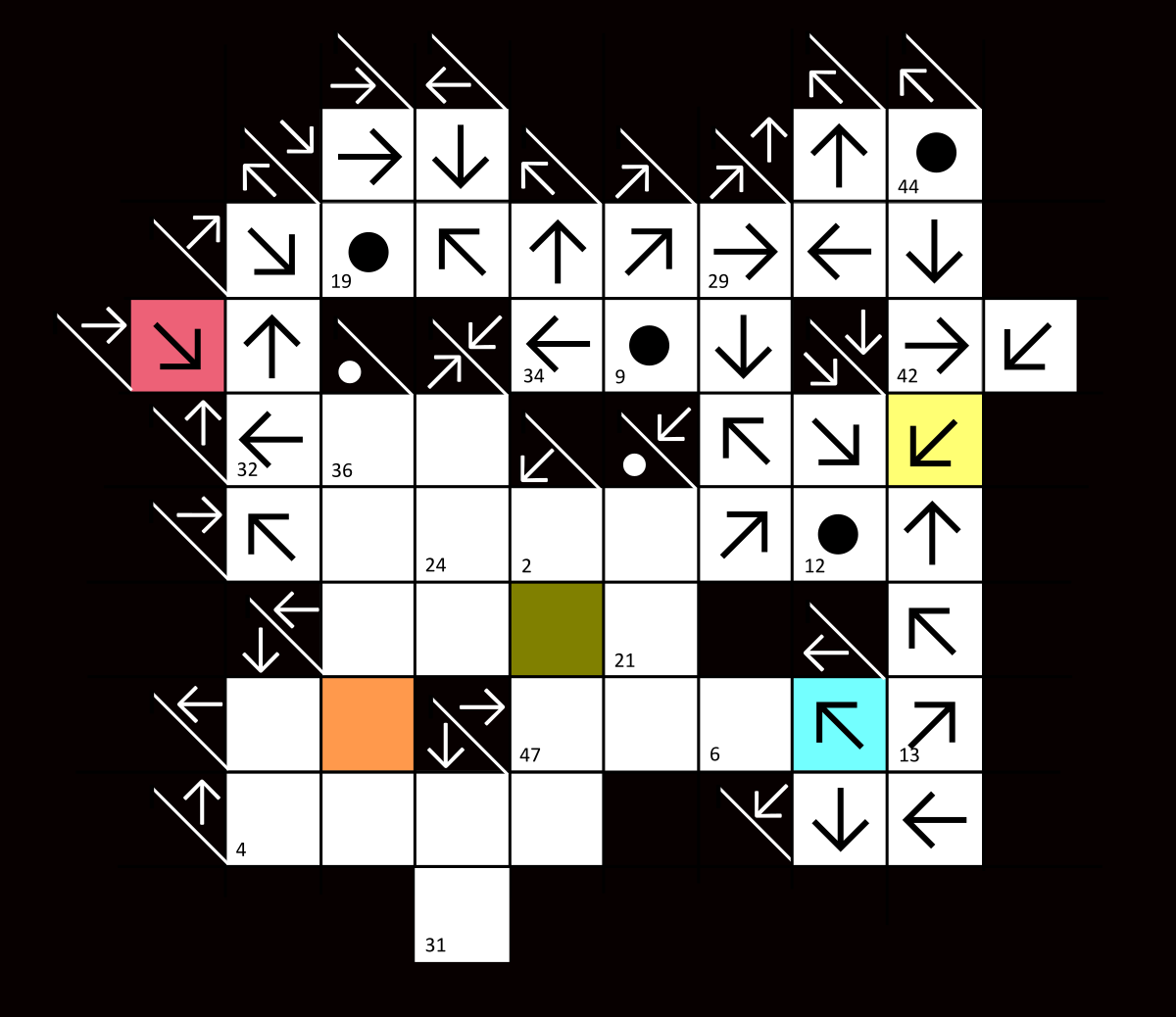 the arrows from other grids together with possible combinations allow filling in the top row and more pencil marks: 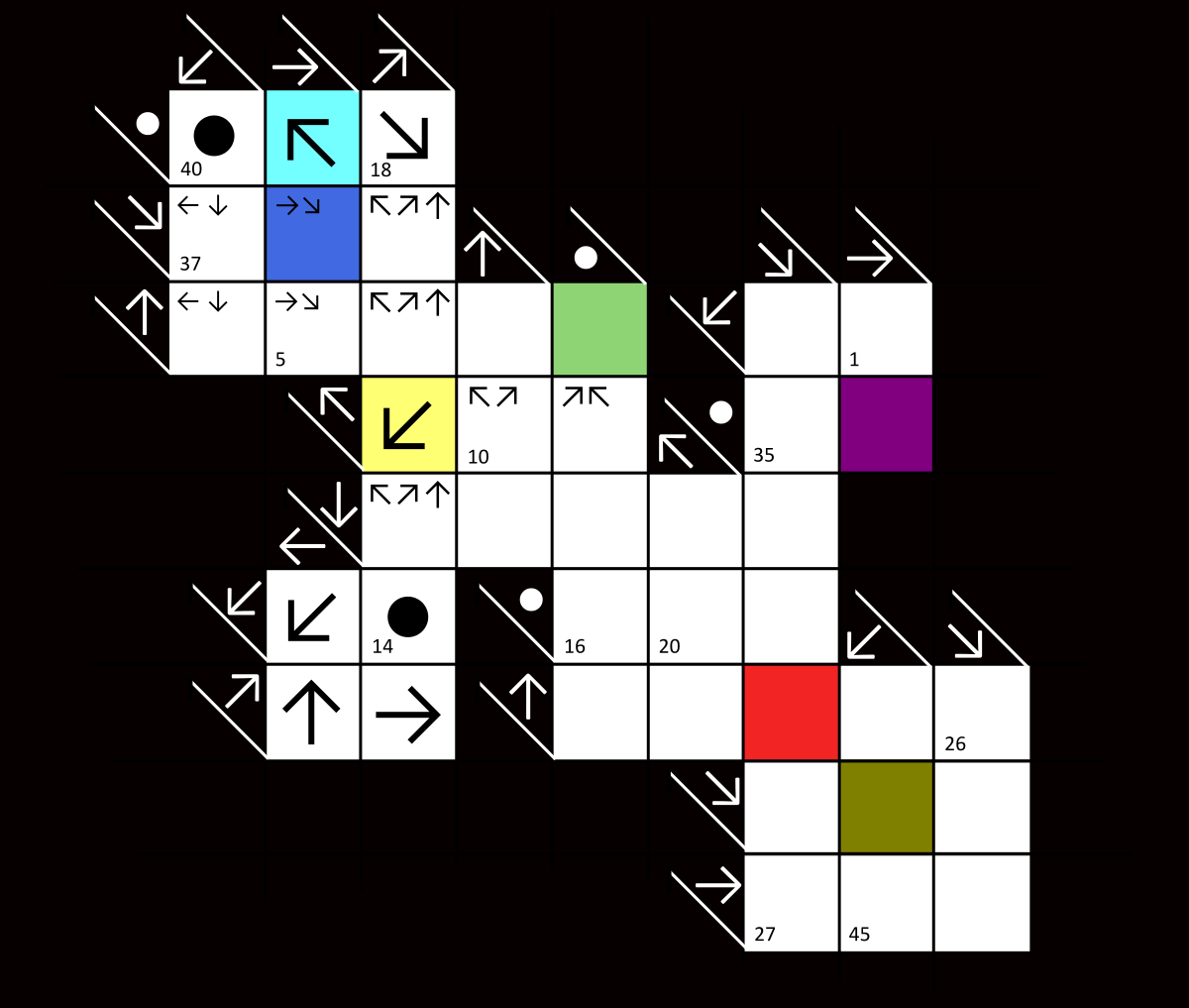 From here we deduce that the cell below 18 can only be N: 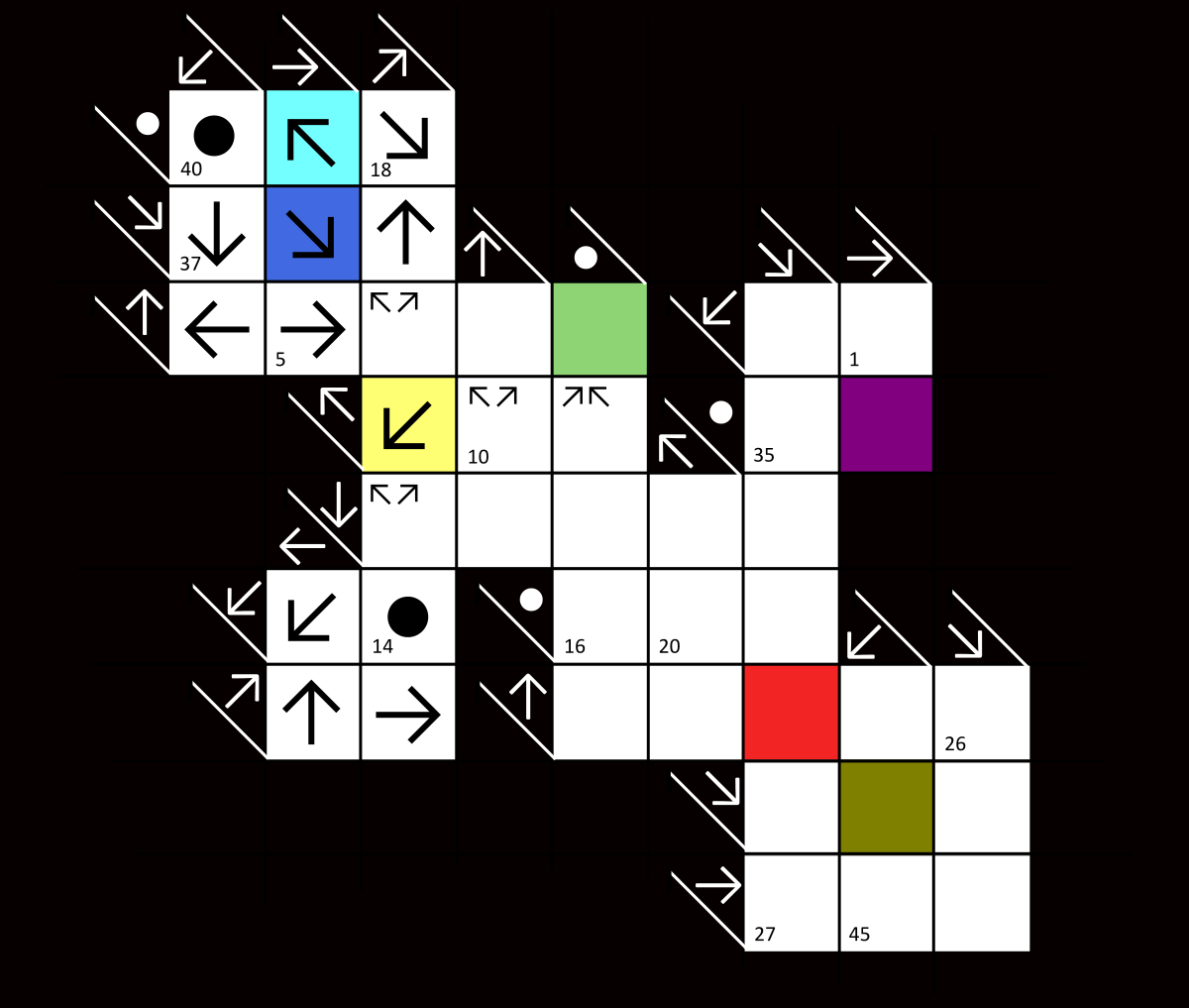 This fills in a cell on board 3 which leaves only two possible combinations for the column containing it. Both have NW and neither have SW, which eventually fills in yet another coloured cell among a lot of others: 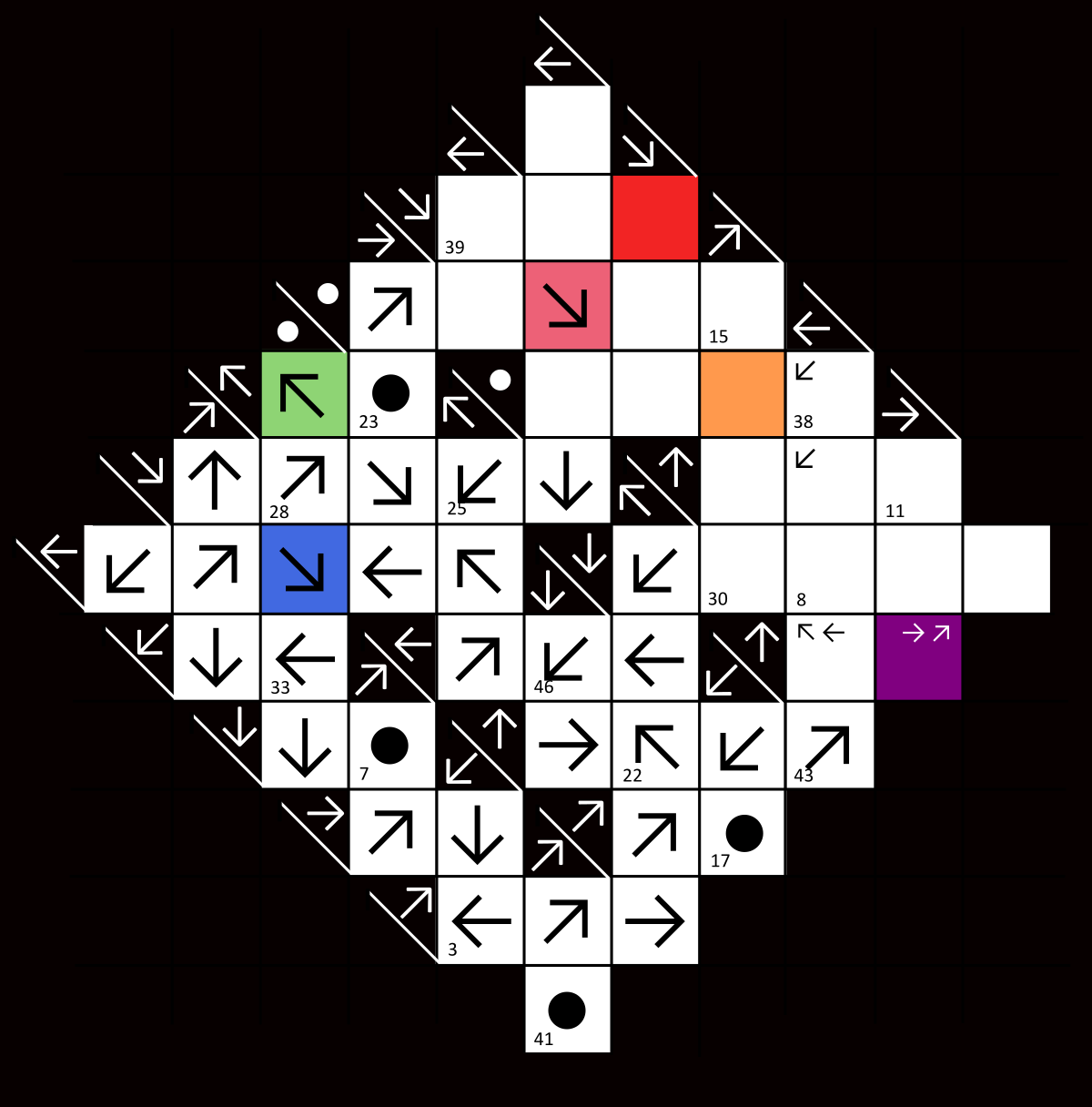 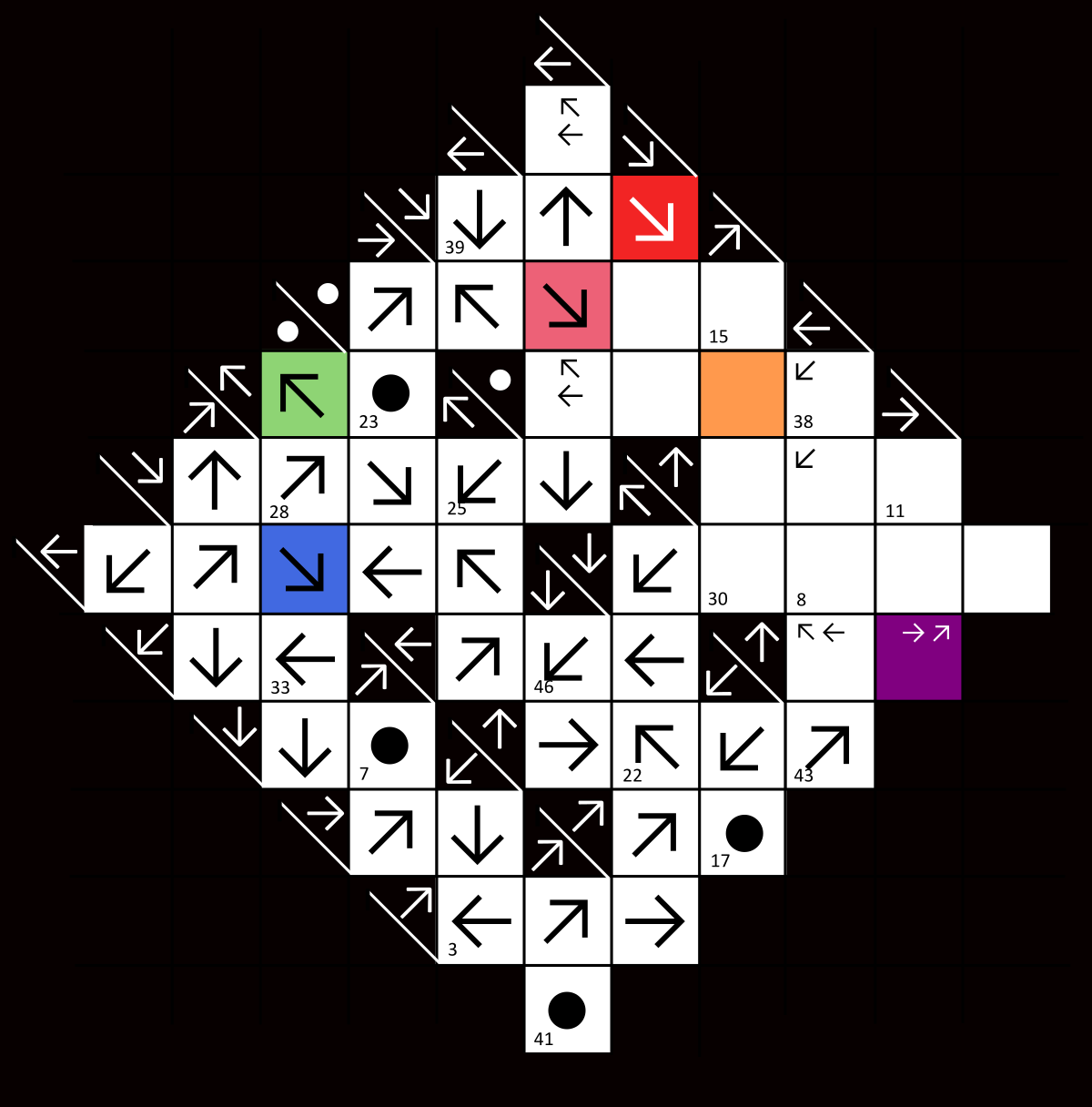 Back to board 1, where the information from elsewhere allows us to finish all but the upper-right pocket: 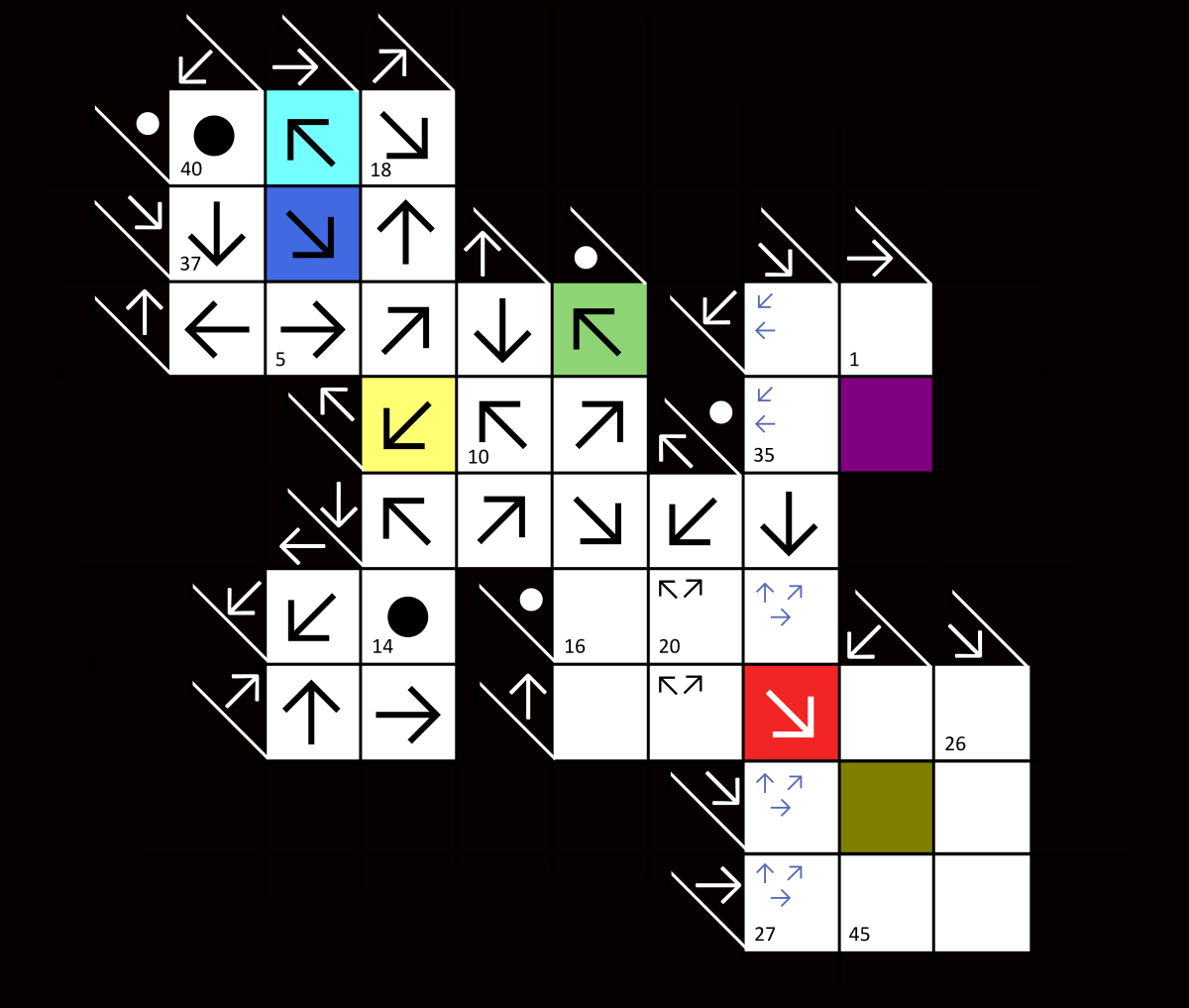 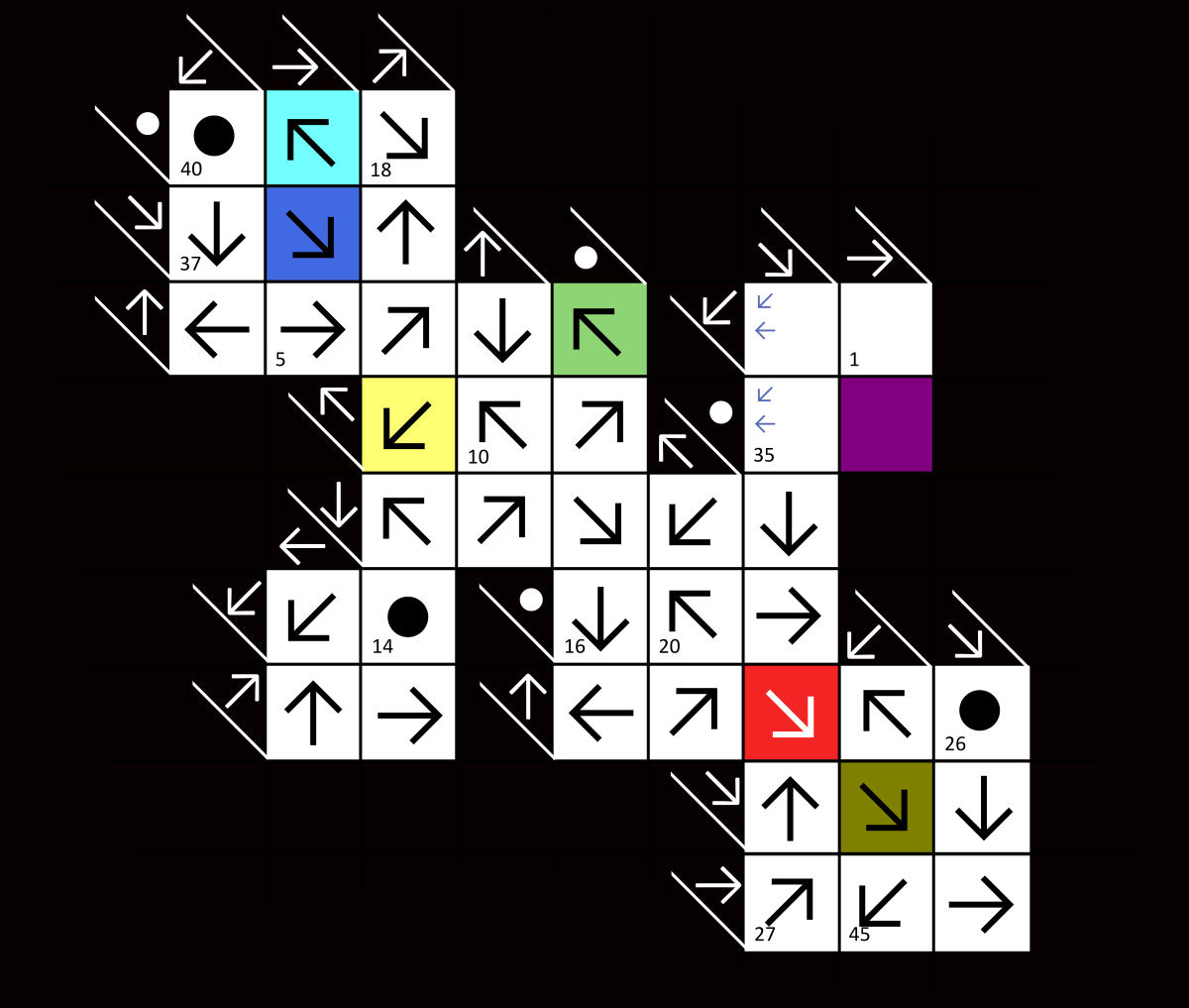 At last we return to

board 2, where its fresh new value allows a certain deduction: cell 2 can only be SW or S, where choosing S (or SW and then NW for 47) makes the row with 47 unable to be completed. A chain of simple deductions then allows its complete solution: 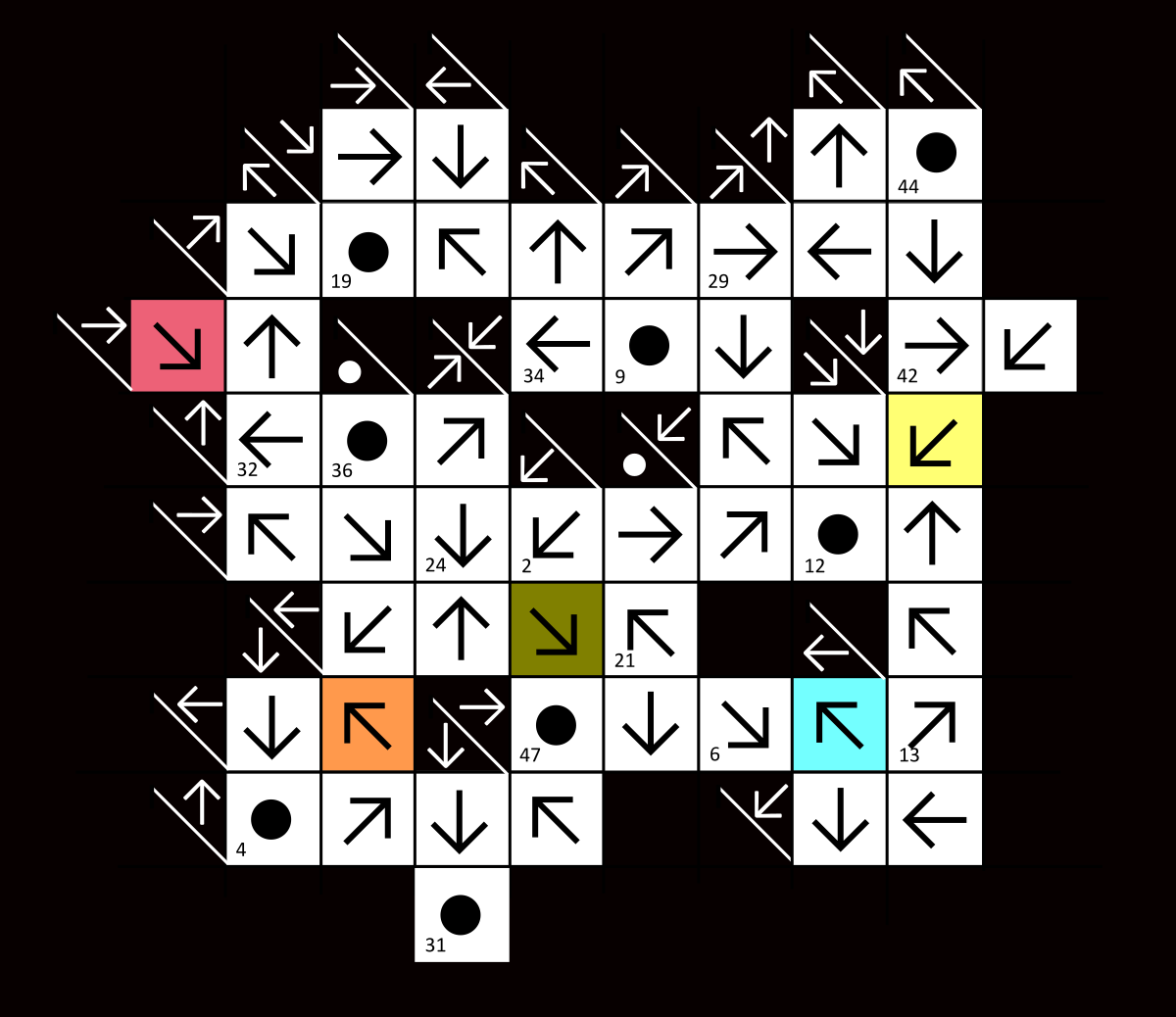 This provides a value for board 3 allowing us to solve it completely too, leading to board 1 as well: 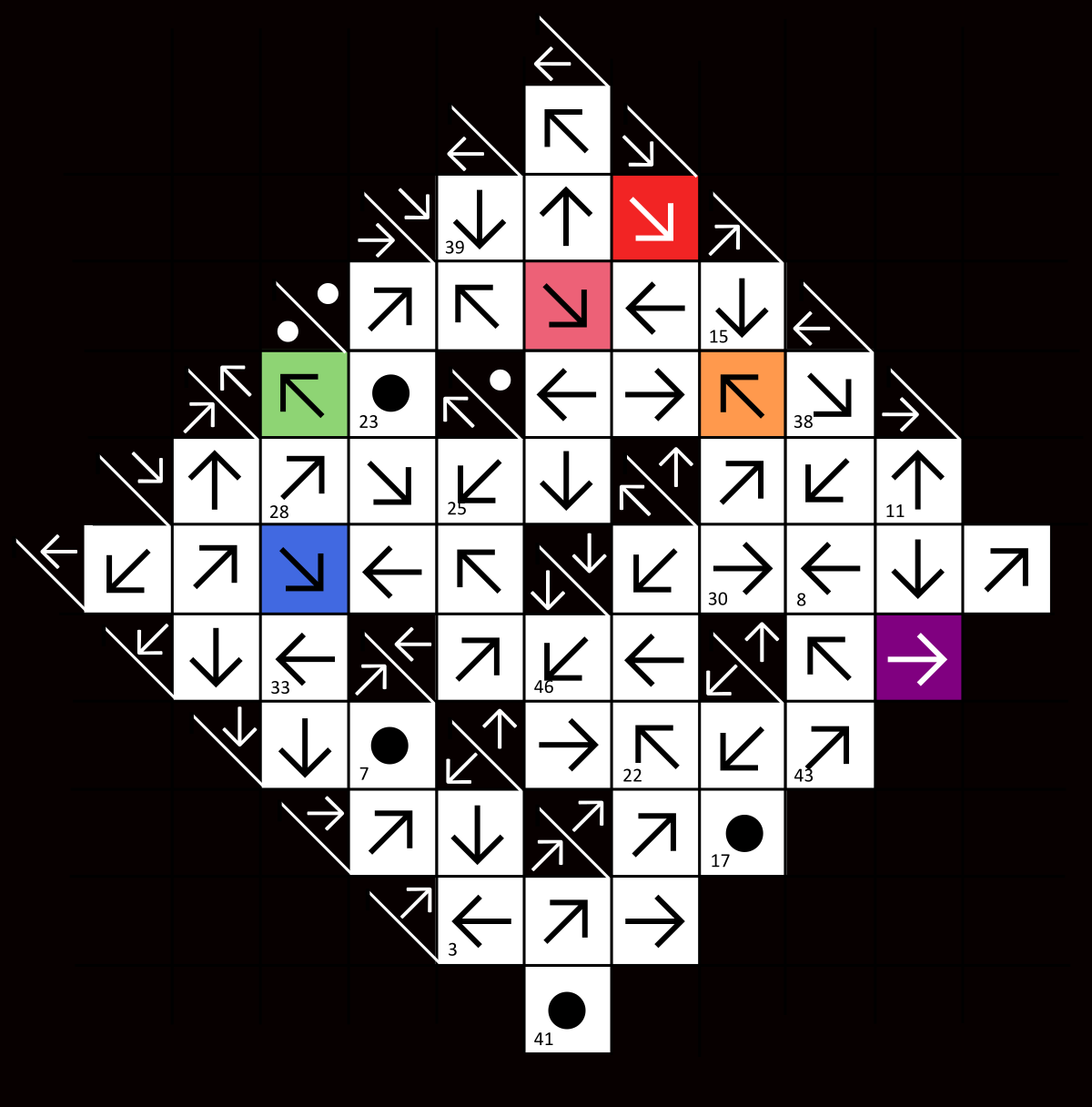 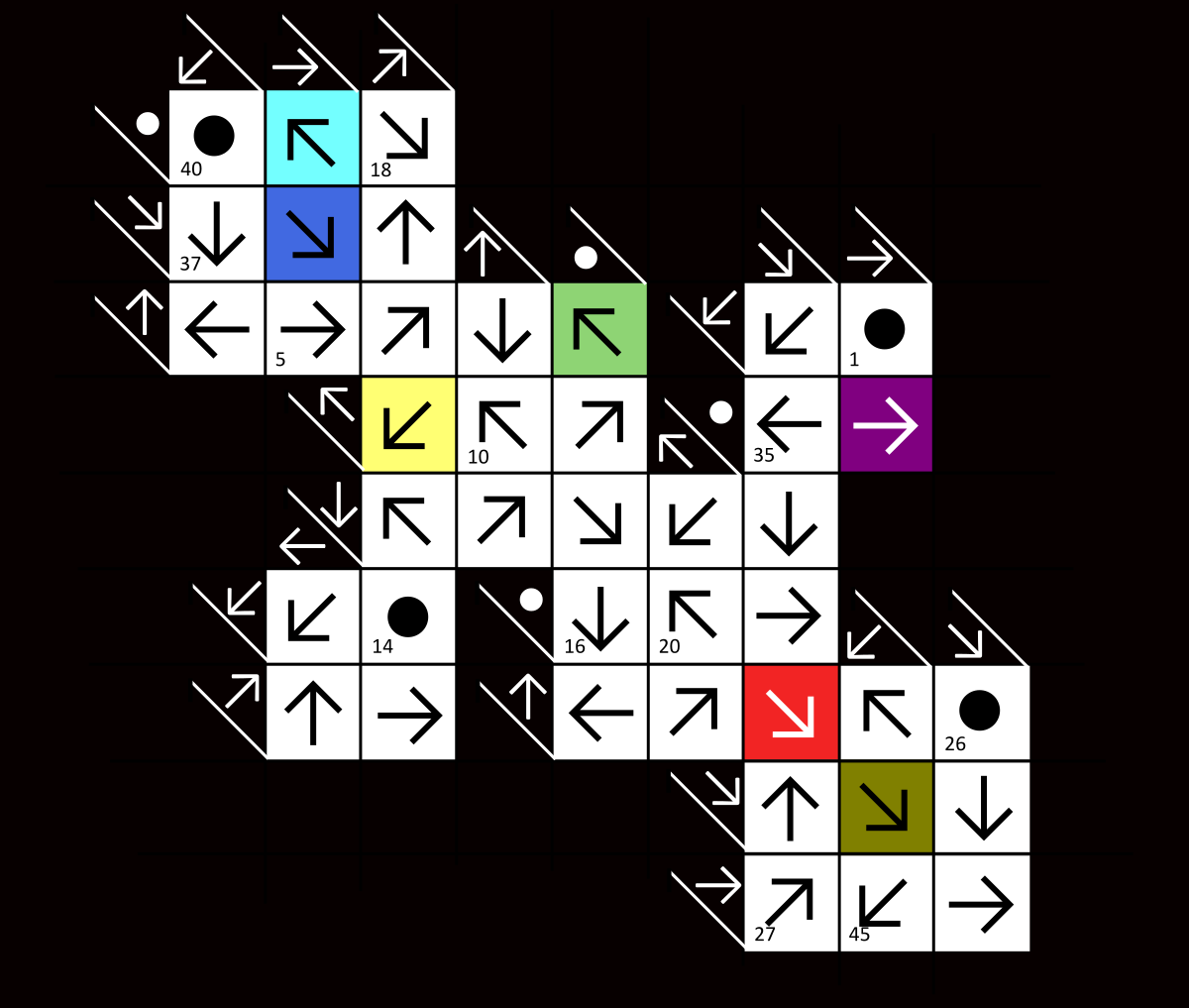 Interpret the symbols in numbered squares in order as movement commands on the Polybius square, with dots meaning "print letter"; there is only one starting point that keeps the whole path in the square: 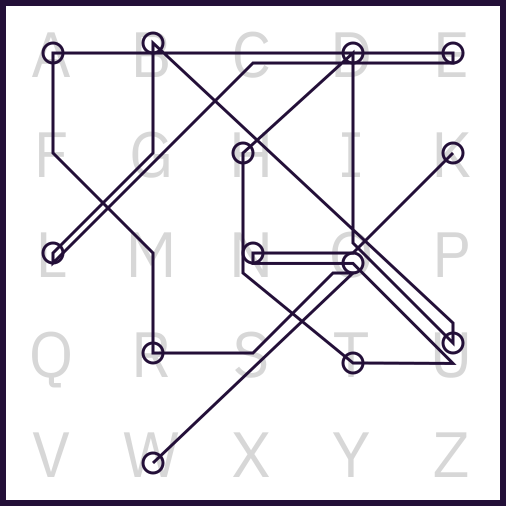 This spells out KNUTH DOUBLE ARROW = TETRATION, the final answer.