The rules of Binary Sudoku are quite simple. It is very similar to regular Sudoku, except here we try to fill a 9x9 board with only black and white tiles following the below rules:

Warm-up question: How many possible completed boards are there, given we start out with the two black tiles in the middle $3$x$3$ box as shown below? 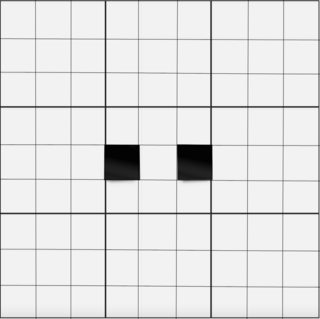 Challenging (final) question: Starting with an empty board, how many possible different completed boards are there?

There's no no-computers, and it was easy enough to hack my Kyoto CNF generator to produce a SAT instance for the problem: a 9×9 bit array where each row, column and box has two 1s and no two adjacent variables may be both 1.

Solving the instance showed that there are exactly nine non-isomorphic (up to rotations/reflections of the whole grid) solutions: 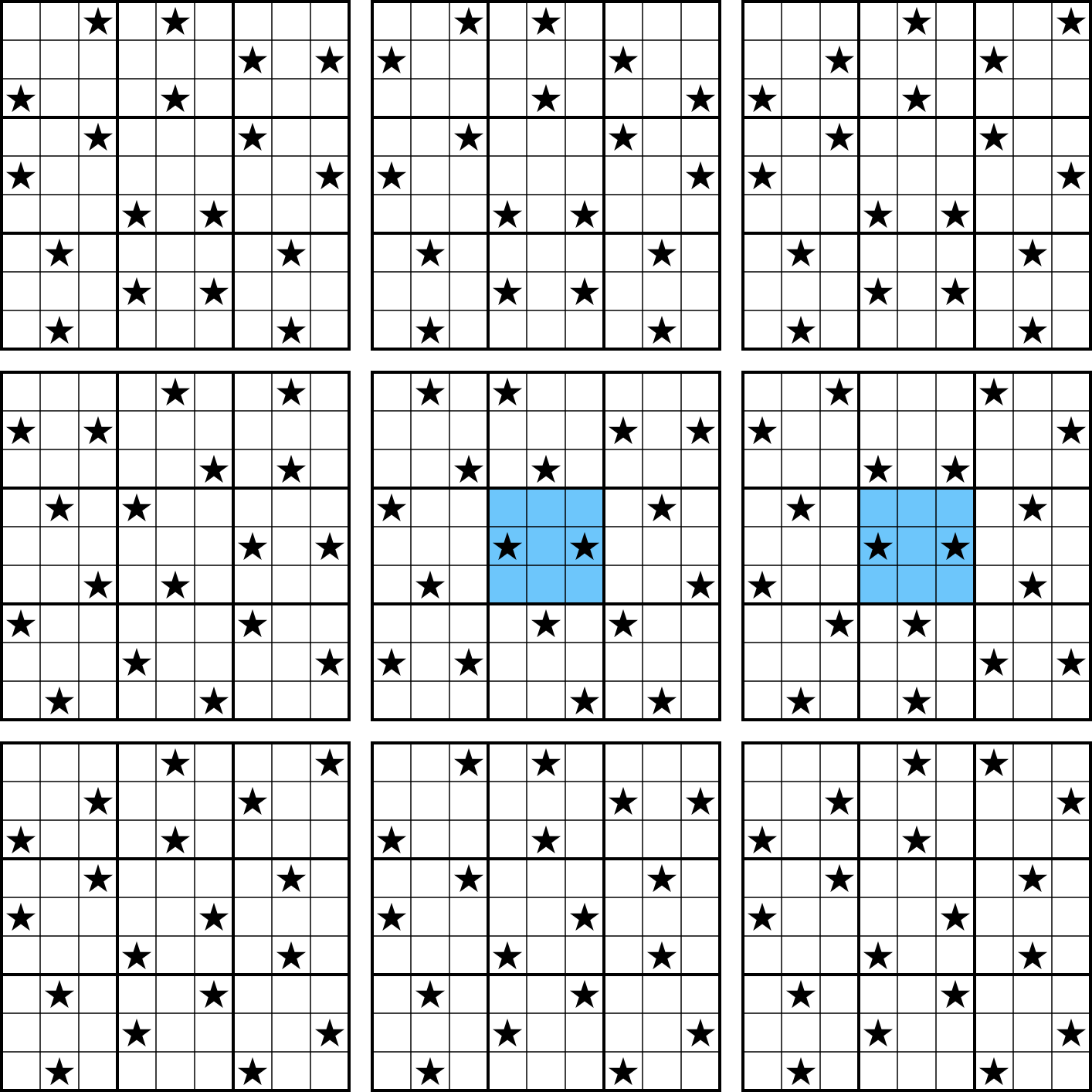 This is basically a manual SAT proof, where the first level of cases is the centre cell star configuration (I use Hensel notation for the names). Blue, pink and white stars (mostly) indicate choices while blue backgrounds indicate solutions; note that box centres can never be starred because that would leave no room for the second star.

8
Largest cages Killer Sudoku
53
A 16 Clue Sudoku Puzzle (but the kings can't be in check)
15
Kropki Sudoku – Sudoku based on the relation between neighbouring numbers
10
No Numbers Sudoku: The Ball of Queens
12
Sudoku: Odd Bonds
21
Escape from Sudoku!
5
Sudoku + Slitherlink
10
Deriving a 3x3 grid from another one
12
9x9 Sudoku Slitherlink Hybrid
9
How many Nonconsecutive Sudoku solutions are there?