How to solve sitting arrangement questions with 100% accuracy?

There are questions of sitting arrangement like persons sitting in a circular arrangement facing inward/outward or both, or a linear arrangement or box arrangement etc. Sometimes a few data points are missing and we need to produce 2-3 different cases to solve the question. But making 2-3 different diagrams and solving them is quite hectic. Is there any straightforward approach which follows some specific procedure and when done will cover all possible cases and finally I'll get the solution with 100% accuracy?

I want to solve such problems using pen and paper in a way which takes all possible cases so that finally I will come to a conclusion with 100% accuracy.

This answer does not user spoilers because what's being presented is not a solution that may be spoiled, but a strategy for reaching solutions. It is also (likely overly) long in an attempt to methodically demonstrate the strategy.

You may be able to use a logic grid to do this. Label the seats as so (ignore the header row):

Before we start, let's list all the clues given in the problem (with my minor grammar edits):

The first thing to note is that the numbering is entirely arbitrary: shifting all people two seats in either direction will create another valid solution. Thus we need to fix a reference point, arbitrarily assigning someone to a seat of the correct type (corner/middle). Then we can place everyone in relation to them. This arbitrary fixed point is a necessity whenever problems like this have circular arrangements where the clues provide only local positioning information, such as "on the left side of X" or "across from X", instead of global position information, such as "north of X" or "on the right side of the table". The only global information provided is that which distinguishes corner seats and middle seats.

Therefore, our first step is finding someone for whom we are confident on seat type. The key is this line:

F and G sit opposite to each other and facing each other.

To be "facing each other", these people must be at corners. We assign F to position 1 and G to position 5. Everyone else can now be put relative to them. The updated logic grid is:

With some people fixed in place, this becomes a game of progressively narrowing down the possibilities. The first thing I looked for were clues that involved people whom we had already placed, making marking position deductions on the grid easier.

Only one person sits between G and A.

Since we already know where G is, A must be either position 3 or 7.

G does not sit to the immediate left of B.

Since we already know where G is, B cannot be in position 6.

The updated logic grid is:

Having exhausted the use of those clues, let's look at what we have left to play with:

The first one is useless right now: with both B and D able to be nearly anywhere, it doesn't narrow anything down. The second is also out: without knowing where at least two of A, E, and F are, the third can't be blocked from an illegal location.

The third, however, means that B's seat number has to be A's + 3, (subtracting 8 if the number goes higher than 8). Since A can only be in 3 or 7, according to our current logic grid, this means B must be in either 6 or (10 - 8 = 2). But that first one is impossible, because we decided that B could not be 6 based off a previous clue! Thus we can place both A and B. The updated logic grid is:

Half of the people placed! We can go back to a previous strategy: scour the clues for any involving people we have already placed. There are, again, two useful ones:

D does not sit adjacent to B.

Since we know where B is, D cannot be in position 3.

E does not sit between A and F.

Since we know where A and F are, E cannot be in position 8.

The updated logic grid is:

There is only a single clue left unexhausted, so let's figure out how to use it!

H and D are immediately left of each other.

We have no clues left! But the logic grid lets us make the last placements. According to it, E can only be in position 6, and position 8 can only be occupied by C. The final logic grid is:

Which corresponds to this arrangement of seats:

(Remember that everyone shifting two places in either direction corresponds to another valid solution, but we arbitrarily fixed F to the top left corner.)

My hope is that this strategy will allow you to methodically apply the information from each clue, building from one to another until the final solution is found. The logic grid is helpful because it is a memory device: as long as you only make marks when you are sure of them, you can trust all the marks in the grid. Thus, if it says that a certain person cannot be in a certain spot, you can use that information as fact without having to hold it in your head or re-deduce it. I personally find this organization helpful; this answer is my attempt at laying out my thought process when using a logic grid for a problem of this type.

I don't know how the other similar problems you're referring to looks like, but for the example:

you know that F and G are seated at opposite corners since they're facing each other.

You know that A has to be seated at a corner since there is exactly one person between G and A.

B sits third to the left of A. G does not sit to the immediate left of B.

Now we can place: 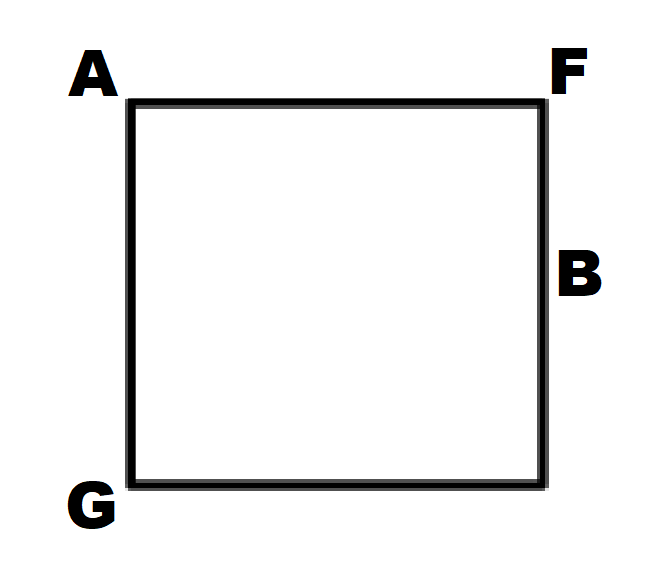 And now we also can deduct that,

H has to be seated at the final corner, since "D does not sit adjacent to B" AND since "H and D are immediate left of each other". So from this, we get this arrangement: 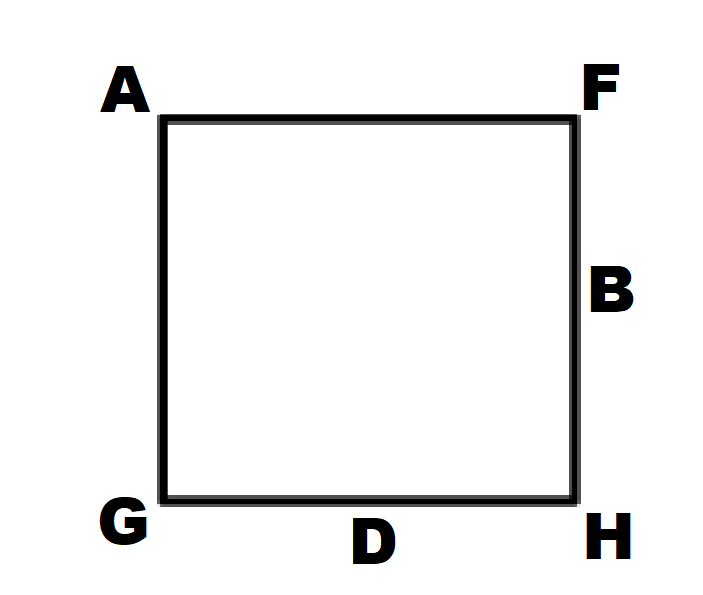 E does not sit between A and F.

Which means we get this arrangement: 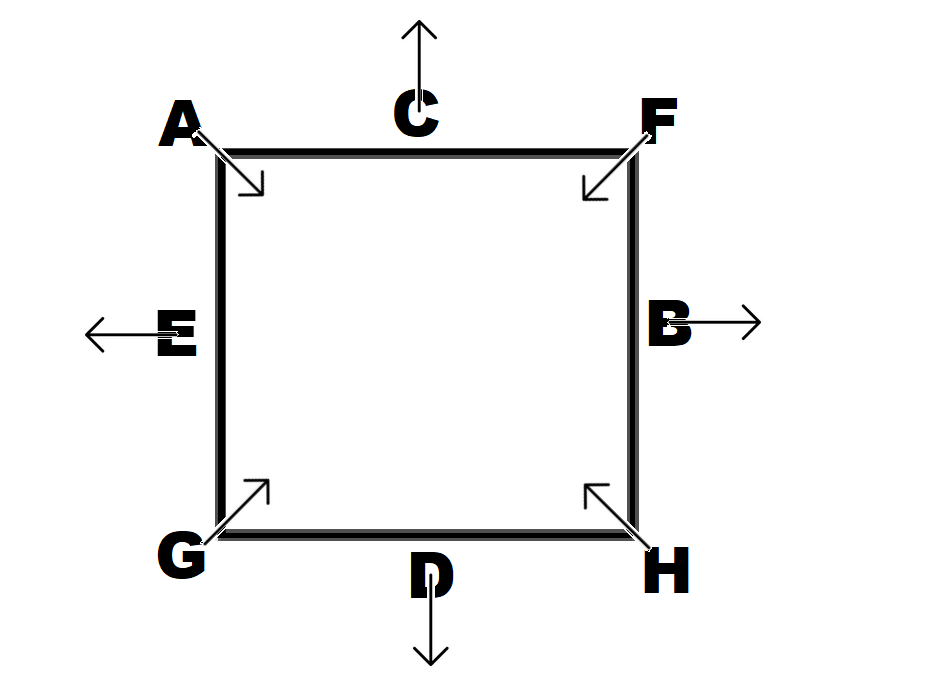 There are four total solutions if we just let each person shift two seats in the same direction.

Not the answer you're looking for? Browse other questions tagged logical-deduction strategy logic-grid or ask your own question.

1
How to create a logic grid given three categories?

9
What is the sitting arrangement ?(double row question)
8
Eight animals are sitting around a circular table
6
Twelve People In Two Rows
2
10 people are sitting in two parallel rows with each row consisting of 6 seats, with one of the seats lying vacant in each row
1
Husbands and Wives around a Circular Table
7
Ten people sitting at a round table
2
Who sits where?
1
How to solve this North and South Sitting arrangement puzzle?