How many squares can a limp queen move to?

Consider a large chessboard. A limp rook is a chess piece that moves one step orthogonally, but it turns $90$ degrees after every move. The limp rook makes some moves, not crossing over its own path, and returning to the starting cell. It is known (see IMO Shortlist 2009 C6) that on an $n$ by $n$ grid, if $n$ is $3$ modulo $4$, the maximum number of steps the limp rook can take is $n^2-2n-3$.

A limp queen moves one step either orthogonally or diagonally, but it turns $45$ degrees instead (so changing its movement direction). How many cells can it visit in a cyclic path (not revisiting a square until the end) on an $n$ by $n$ grid if $n$ is $8$? $10$? How many for arbitrary $n$?

To kick this thing off, I've got: 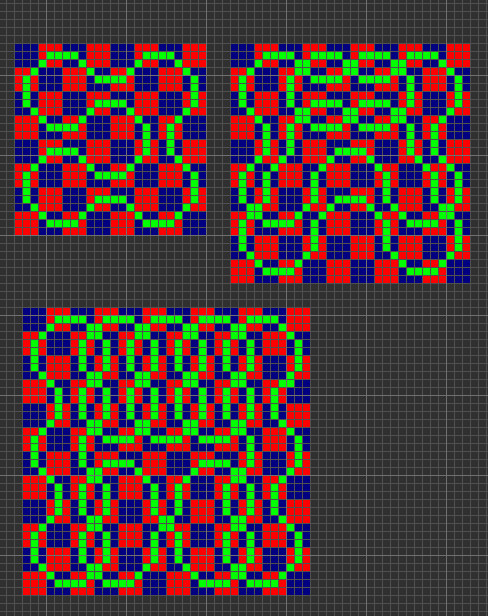 EDIT: I've come across useful patterns that provide good answers for even $n$ greater than 6: 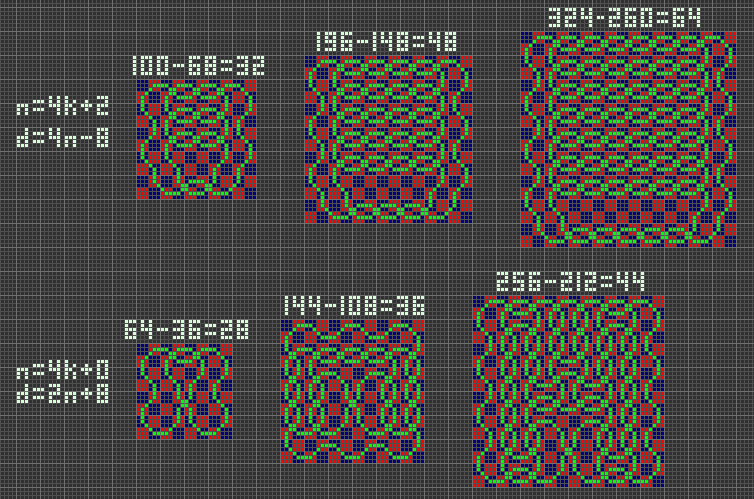 The 4k+2 case is fairly straightforward: the dense section connects the outer strands to the inner strands, and the looser bottom connects the outer strands to each other (and likewise the inner strands).
The 4k case looks more complicated, but it reduces to choosing an appropriate k-by-k system of loops, and finding a corresponding k-by-(k-1) to fill in the middle. If you've chosen your pair wisely, you can take a pair of loops and twist them together, merging the two loops into a single path as shown here:

The fruits of my labor: 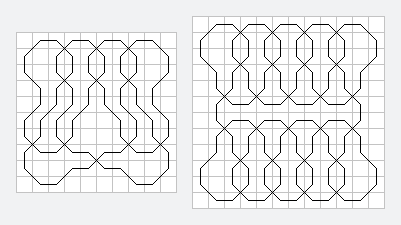 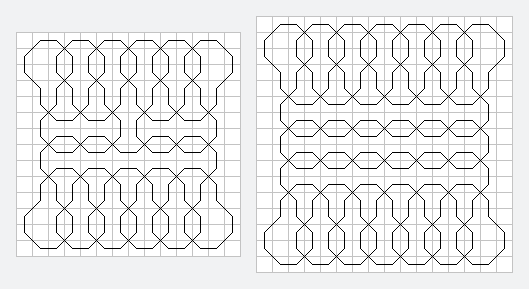 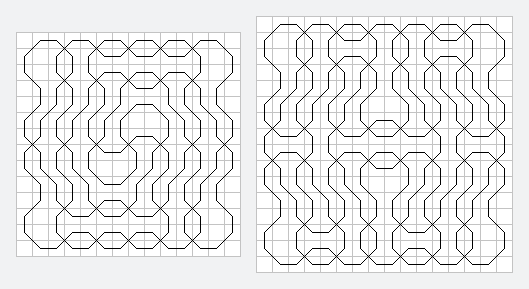 Possibly optimal: $n^2-20$ would be optimal (minimum: 5 unvisited cells near each corner), but I have been unable to find such a path.

Not the answer you're looking for? Browse other questions tagged mathematics combinatorics optimization checkerboard packing or ask your own question.