Wintering – A letter from Gladys 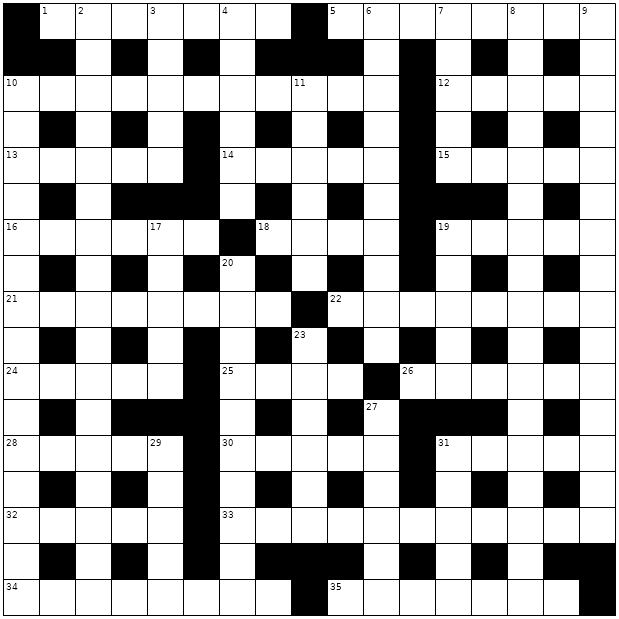 Letters from Gladys are geography-themed standalone crosswords. Each puzzle has five thematic answers, which are places, sights or landmarks in or around a certain location (in this case, a province). Each thematic answer is notable enough to have its own article in the English Wikipedia, although not necessarily under the same name that is used here. The goal is to fill the grid, identify the thematic answers and guess the name of Gladys’s destination, which is not indicated in the grid.

This time I'm spending time in an area that's pretty popular among people looking to get away from the cold this time of year. I've seen ancient ruins, beaches, huge rows of palm trees and some rather spectacular pieces of architecture. Can you guess where I am?

Across
1. Typically backward-looking city in California, United States (America) (2,5)
5. Brownshirts connected to Scandinavian country, according to natives, holding the entrance to Johanneshov Bridge (3,5)
10. Palace of Micronesian country located near mountain coated in flammable substance (5,6)
12. Elaborate operation to steal a bush? (5)
13. Auditor's resembling a historic flyer (5)
14. Music played in dozens of bars (conservative ones!) in the United Kingdom (5)
15. Two insects that are tiny, not large or muscular (5)
16. Corrections officer: "Rat attacked jails" (6)
18. New card game from the east is unacceptable among the upper classes (3-1)
19. He had ten partners in crime; none ultimately serve in prison (5)
21. Brain too damaged for medical procedure (8)
22. Old community centres in Rome – one hundred and one of the cities where ancient Romans lived (8)
24. Refuse to kill Scarface (5)
25. Pizza restaurant hosts recurrent poker game (4)
26. Twin Cities' limits surround a rocky hill (6)
28. Planet's core has hydrogen cycling from side to side (5)
30. Maiden above the sixth row's starting to leave (5)
31. "I complain loudly about Osaka" – a tennis professional (5)
32. Prime minister declined cold gin, in the end leading to mix up (5)
33. Covering Cher, sounding horrible having missed the first note (11)
34. Former peer has onset of insomnia being concerned with funeral (8)
35. Couple of homes stripped of walls? First of all, they're terrible for toddlers (7) 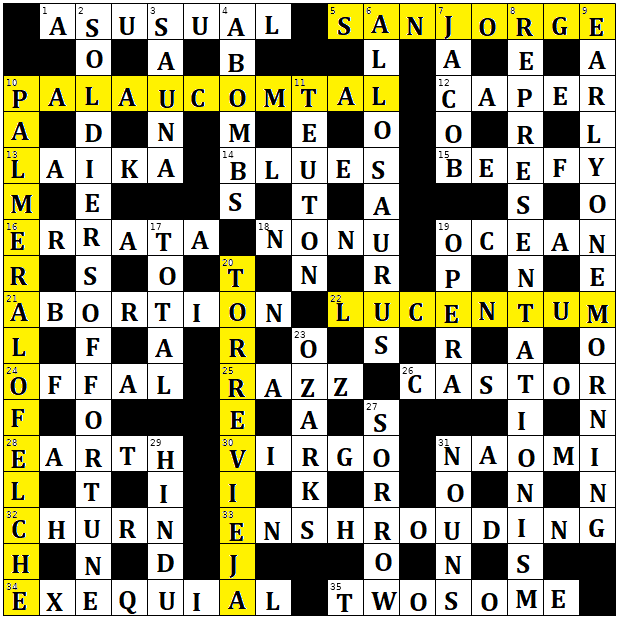 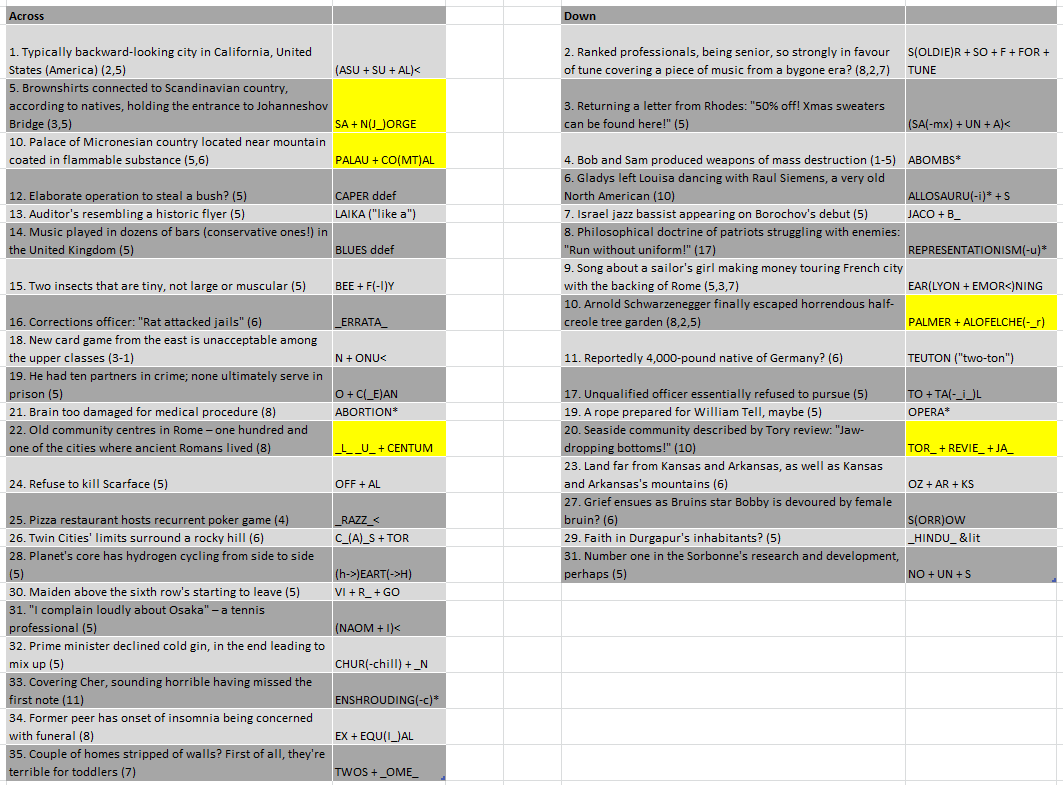 7
Bikini life – A letter from Gladys