This puzzle is part of the Puzzling StackExchange Advent Calendar 2021. The accepted answer to this question will be awarded a bounty worth 50 reputation.

Reports are coming in about an incident in the run-up to Christmas at a children's fancy dress fun-in-the-snow event. It seems that two shady characters stumbled upon the event in a snowy field, and while one of them had the good sense to walk around the children - who were each dressed as a different Pokémon - the other took it upon themselves to charge straight into the crowd, pelting a number of them with snowballs. The question is 'Why?' (and also 'Who are these people?').

Witness statements were gathered in the immediate aftermath - perhaps these might help investigators narrow down the motive and the identity of the perpetrators?

Child 14: I was the first one he came for. One of the people said something about having had a couple of really rough Christmases in the past.

Child 15: That's right - I heard him too. He said he hated everything about Christmas now, then he looked up and he saw us all playing in the field and he just saw red.

Child 8: Well, it seemed to me he was actually a bit more measured in his choices than just 'seeing red' - like he briefly paused before each attack to contemplate it. I have no idea why he spared two of my neighbours but not me.

Child 13: I don't know why he let me go. He kinda looked right at me, counted something using all ten of his fingers, thought a bit, then shook his head and ran at someone else.

Child 16: When his friend walked past me he didn't sound happy at all. When he caught up he proper punched him in the arm and called him all sorts of names. I don't think it's the first time he's done something rash that his friend disapproved of.

Child 11: Yeah, I heard him say that he needed to 'stop trying to make a name for himself' or something.

Child 2: The third snowball that hit me hurt much more than the others. Was it bigger?

Child 9: I just don't understand - what's he got against kids anyway? 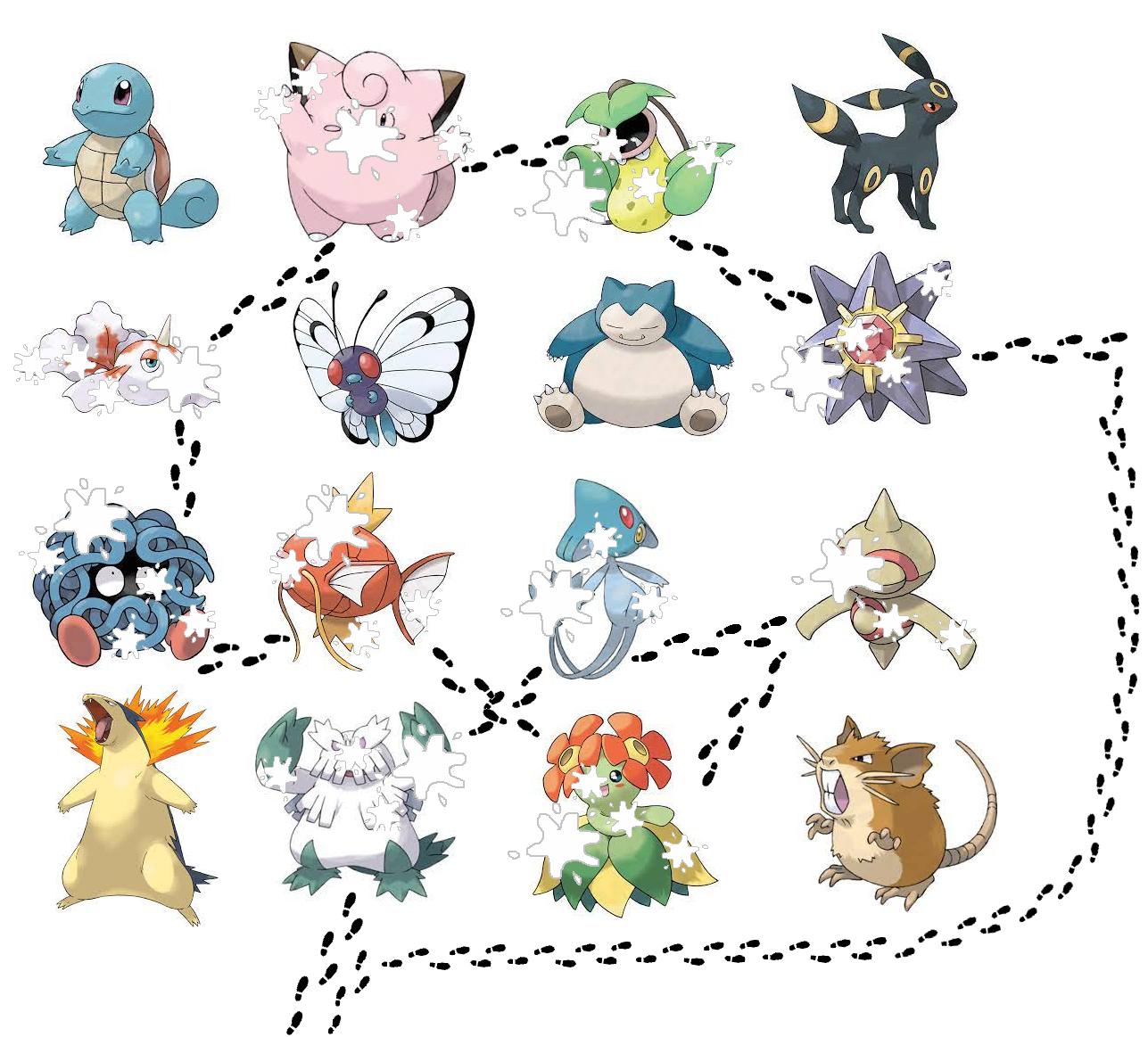 TASK: Deduce the identity of the two people using the information present in the visual diagram - please post a mugshot of them both in your answer, to give the police a better chance of catching them.

Note that this is not a 'just guess who the two people are' kind of puzzle. The accepted answer will explain how the answer can be derived from the image. The witness statements provide additional information to help you confirm your answer is correct, and a speculative answer based solely on these statements is not what I'm after here...

To put one potential red herring to bed: Yes, there are sixteen Pokémon pictured, but this is not a connect-wall-type puzzle for once :)

The criminals you're looking for are:

Harry and Marv, aka The Wet Bandits 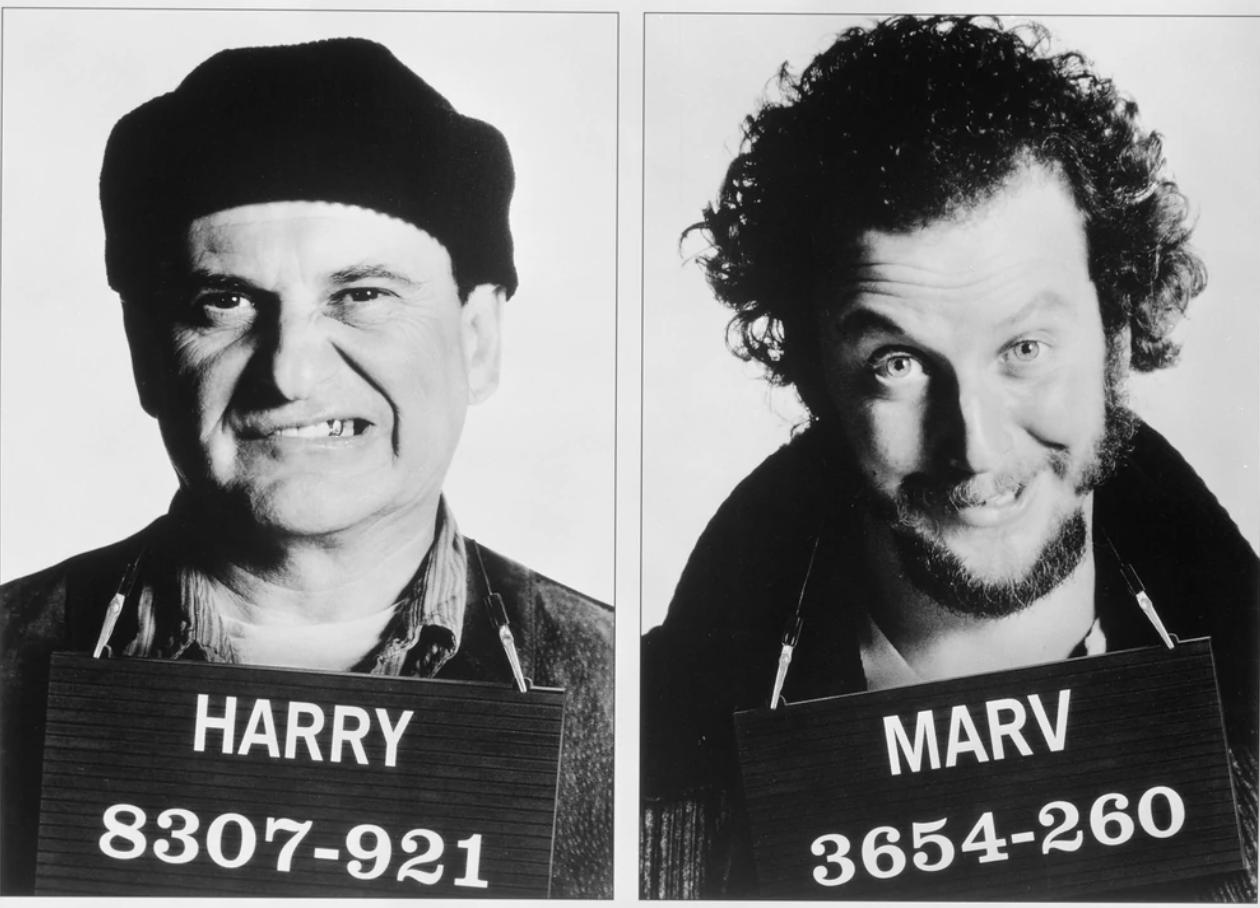 From the hints and the fact that 10 people were attacked, we can surmise that we are looking for a 10 letter word or phrase encoded in the people that Marv attacked.

If we look at the hints above the grid and replace the numbers of the speakers with their pokemon, we'll notice that they form an acrostic saying abstract. Thus, we'll probably want to use the snowballs to extract one letter from each of the pokemon attacked, likely the one indicated by the larger snowball impact. However, the patterns of the snowballs don't seem to match the names of the pokemon, as they have too many characters. What now?

If we look at the pokemon in the grid that weren't attacked, we can find our second acrostic, as they spell out substr. Examining the names of the pokemon closely, we'll notice that each one seems to contain a smaller word as a substring of their name. In fact, these words seem to not only fit the expected letter count, but they are all also Christmas-themed! This has to be what we were looking for!

Finally, we can extract the appropriate character from each Christmas item, and we will form the phrase: wet bandits. 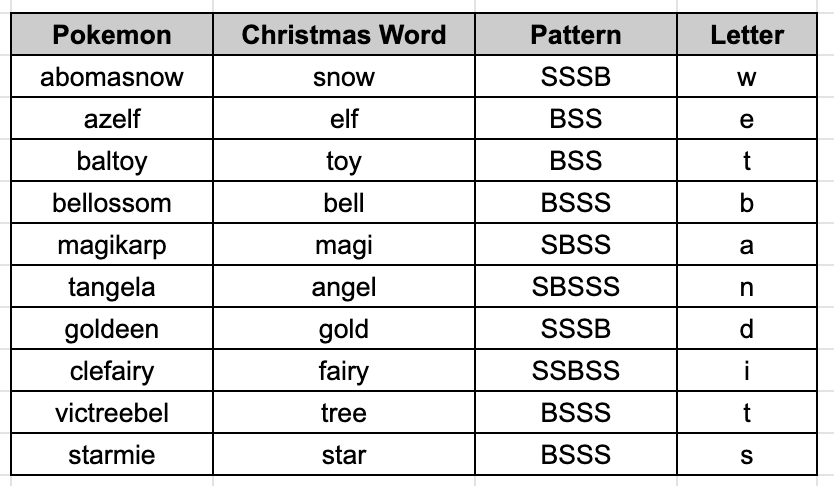 Considering their numerous bad experiences with a certain child on Christmas, it's no wonder that they might react negatively in this situation. And despite Harry's objections, Marv is still obsessed with trying to "make a name for himself" by becoming the "Wet Bandits".