I'm stuck on some of these IQ tests and I'd really appreciate some help deciphering them. 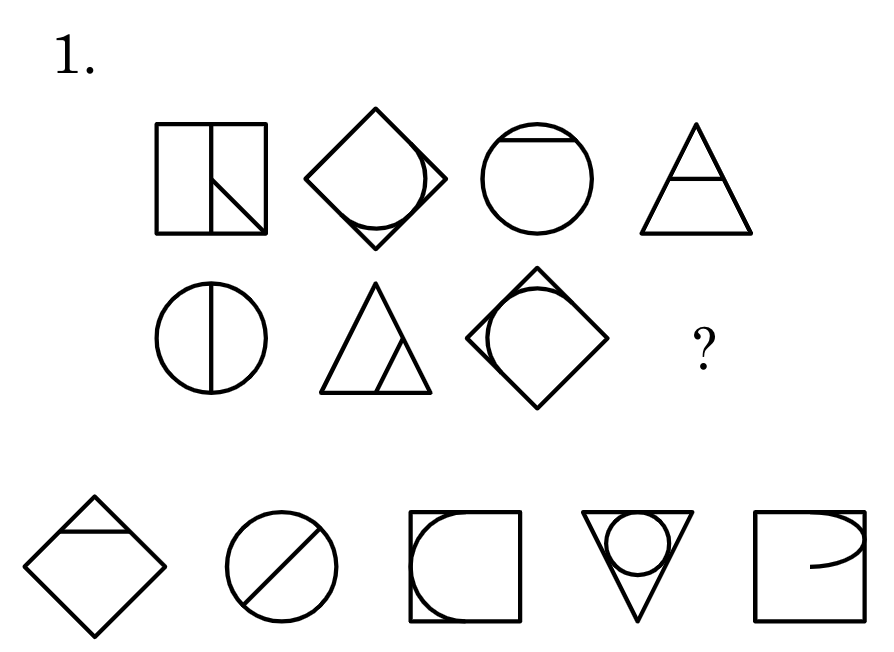 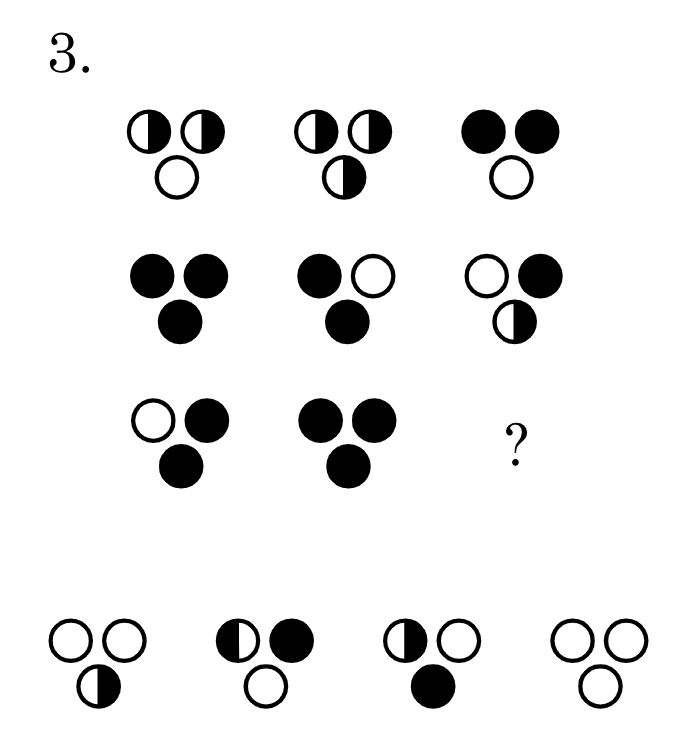 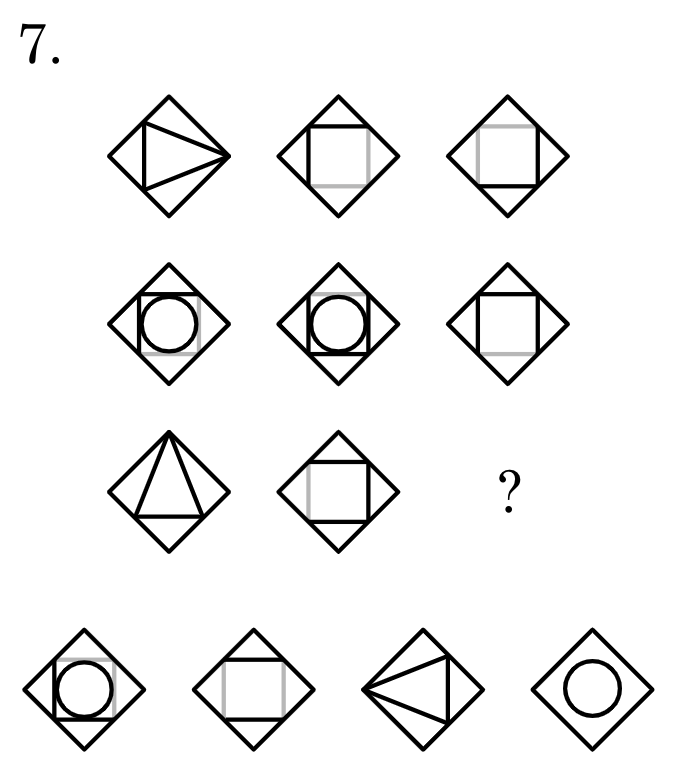 Can you extract the message?

The message of this IQ test is:

Two symbols, one from the top and one from the bottom row, share the same outer shape. We can overlay them, so that the inner strokes and curves form letters. If we pick the fifth symbol from the options, we get:

These are ternary numbers, that is numbers in base three. The empty circle is the digit 0, the half-filled circle is 1 and the filled fircle 2. We get:

Using these numbers as indices into the alphabet (1 → A, 2 → B, ..., 26 → Z), we get: LMXZTGHZ, which after applying ROT 7, as suggested by question 1, yields: STEGANOG. That looks promising and the next symbol is likely an R, which before rotating is a K with index 11 and ternary representation 102, so the third symbol must be used.

This is the pigpen cipher: A circle represents a dot; the grey lines mark the (usually invisible) outlines of the pig pen. The wedges mark the quadrant of the diagonal cross for the later letters. We get TIAR KHVD, after rotating: APHY ROCK. An S, that is a rotated L is missing, so the missing symbol it the upper right corner of the pig pen with a dot, the first symbol.

What's with the odd numbering?

No idea, but perhaps there's something to it.

Not the answer you're looking for? Browse other questions tagged cipher pattern steganography progressive-matrix or ask your own question.

15
Stuck in a Virtual Dungeon
16
Help me find my girlfriend!
9
A strange message in a library
12
Message for You:) #2
10
Why Do You Love Me? (Part II)
3
3 IQ Test patterns - 3x3 grids of 3x3 grids with Xs, circles, squares, shading
2
Simple ways to encrypt a message
14
The witch's hex visual riddle
5
Progressive matrix - crosshatched vertical and horizontal lines in squares
3
How to Sort the Bugs