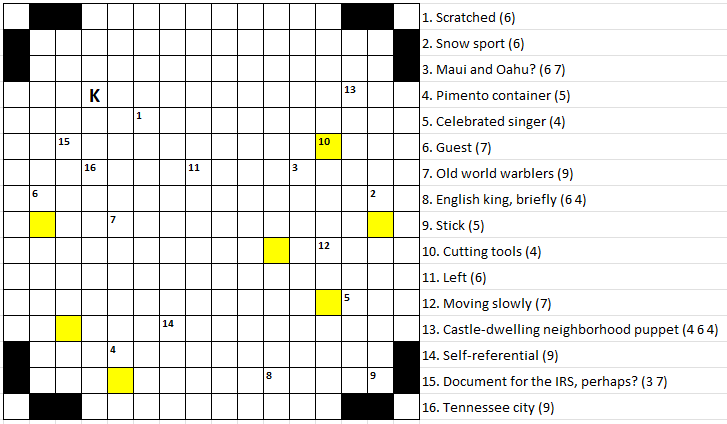 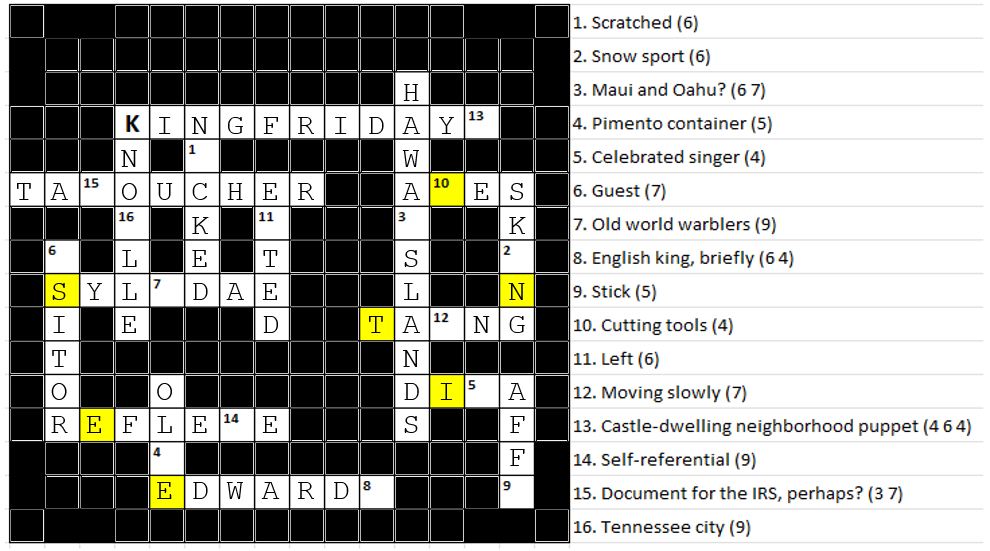 Wait, what's going on here? Well, it turns out that each number in the grid does not represent the starting square for each clue corresponding to that number - instead:

...it represents a square in the grid where the equivalent Roman numeral must be positioned to help complete the word with the same clue number.

Note for starters that each numbered clue indicates a word containing as a substring its own clue number as a Roman numeral:

(NB These words can also include other Roman numerals - e.g. DIVA contains 'DIV' (504) as well as 'V' - but only those which correspond to the clue number are considered for the placement of the words in the puzzle...)

Once these are placed in the grid as in the image above, the yellow squares can be rearranged to spell the word:

SIXTEEN, where the '10' space provides the Roman numeral 'X'. Since this is the total number of clues in the grid, and each clue refers to its own number, this is most definitely a self-referential crossword!

Not the answer you're looking for? Browse other questions tagged word crosswords or ask your own question.