Ernie and the Christmas Stars

Although Ernie professes to be an atheistic rationalist, he does love the Christmas season. He thinks long and hard to find appropriate gifts, brushes up on his Christmas Carol repertoire, plans a sumptuous feast well in advance, pens a great sheaf of cards, and delights in decorating his Christmas tree. He has a large collection of decorations: some that he has picked up in his various travels overseas, others gifts from friends. But he always hand-makes a brand new star each year from some exotic material, to mount at the very top of the tree.

This year, he had decided that, for the first time, he would extend the decorations outside. "Nothing brash, of course", he mused. "No inflatable Santa, tacky plastic door wreath, or loops of strobing LED's wrapped around the verandah - just something tastefully seasonal for guests to observe as they arrive. I am going to decorate the twelve miniature trees that line the front path". Ernie confirmed to me that he had plenty of 'baubles' to hang on the trees but, would appreciate my help in manufacturing new stars. "This year I plan to use Acme Slow Glass", he explained, "it has such a high refractive index that it takes a couple of hours for light to pass from one side of the glass to the other side - so the stars will shine with a beautiful sunset glow well after dusk". 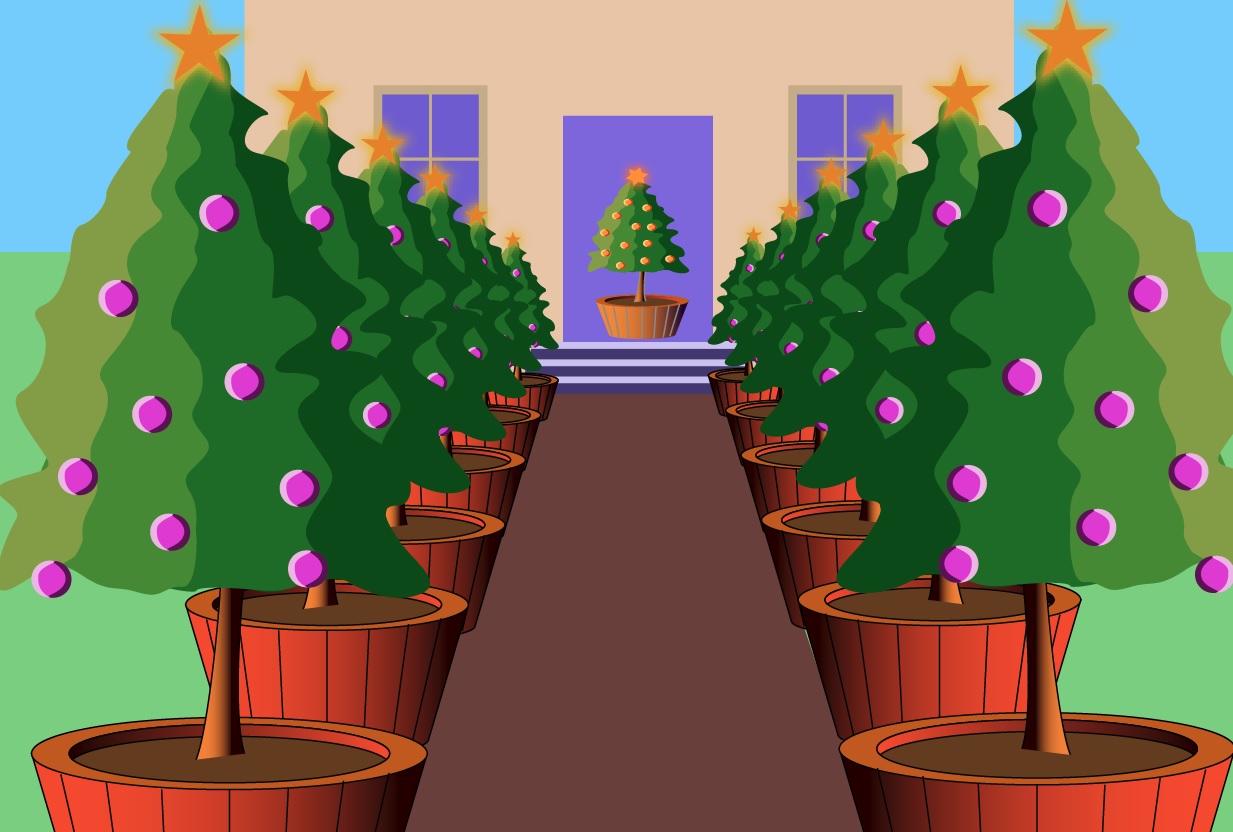 Ernie passed me one of two identical disks of slow glass - each was exactly 500 mm in diameter. "All you need to do," said Ernie, "is to cut six identical regular pentagrams - make them as big as you possibly can cut from the disk. I will cut another six from this other other disk." Ernie suggested that I could use the standard laser cutter for my disk, while he would use Lucretia (the particle beam cutter) for his cuts, so we headed off into different parts of the workshop to complete the fabrication.

It didn't take too long to complete my task - I was pleased with how well the cutting had gone. So I headed proudly over to give my perfect pentagrams to Ernie when he returned from Lucretia. "Ohhh - thanks..." he said, as I handed them to him, "...quite adequate, I suppose." Now Ernie isn't exactly the most expressive person in the world, but I could tell that something wasn't quite right. "Anything wrong?", I asked, "Aren't they regular enough or something?". Ernie hesitated for a couple of seconds and then spoke as follows: "Well on the positive side they are perfect regular pentagrams, and they are all exactly the same size, but it is just that they are smaller than mine - only a little bit - but still". And to illustrate the problem, he placed one of his pentagrams on top of one of mine, and there was clearly a tiny bit of overlap around the edges. "So you see..." - and then he stopped speaking and slapped himself on the forehead.

He turned to me with an apologetic grin. "Oh what a fool I have been!", he exclaimed. "I completely forgot that I also needed a star for the inside tree. Your pentagrams are a tiny bit smaller than mine because, although they were the biggest you could possibly have cut from a disk using a six-fold rotationally symmetric cutting pattern, you could have cut larger ones (optimally large) using a different cutting pattern like the one I chose. But the benefit of your cutting pattern is that there is enough material left over to cut a single perfect hexagram that is nearly as big as the pentagrams. Whereas my offcuts would only allow me to cut a bunch of miserably tiny hexagrams".

And he aligned the off-cuts from my disk carefully in the laser cutter and cut a single perfect hexagram for the inside tree. Once we had the trees all decorated I could hardly tell his pentagrams from mine and, while the hexagram was clearly smaller in outer dimensions than the pentagrams, Ernie assured me that it had a 'similar' surface area - so it would glow nearly as brightly. What would be nice to know now is: just how much bigger Ernie's pentagrams were than mine, and just how big (in area) the hexagram was?

Ernie's pentagrams were bigger than yours by 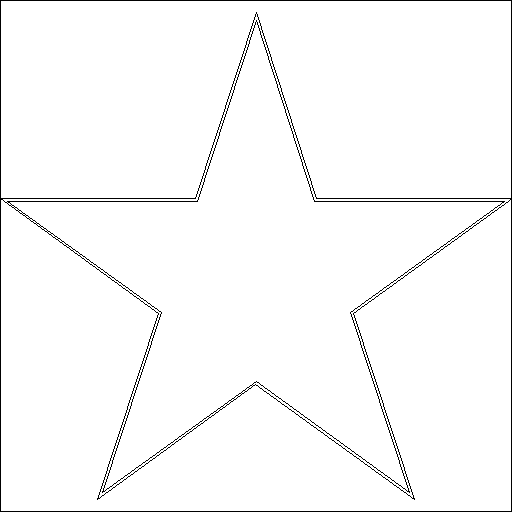 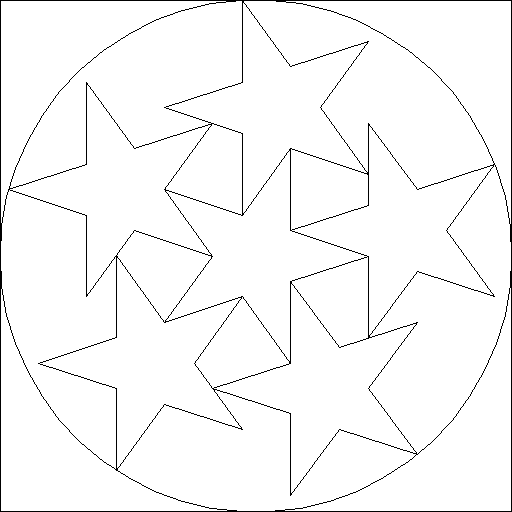 Your pentagrams and the hexagram were cut like this: 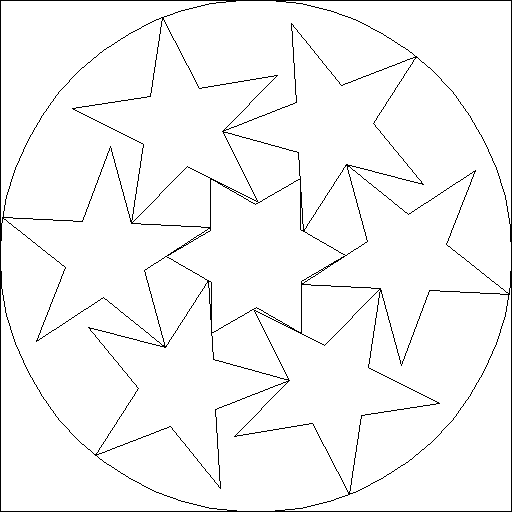 That makes the area of the hexagram

Not the answer you're looking for? Browse other questions tagged mathematics story geometry dissection or ask your own question.