My niece is having problems with the attached and I can't figure it out. I think I'm overcomplicating it. Does anyone have thoughts on how to solve it? 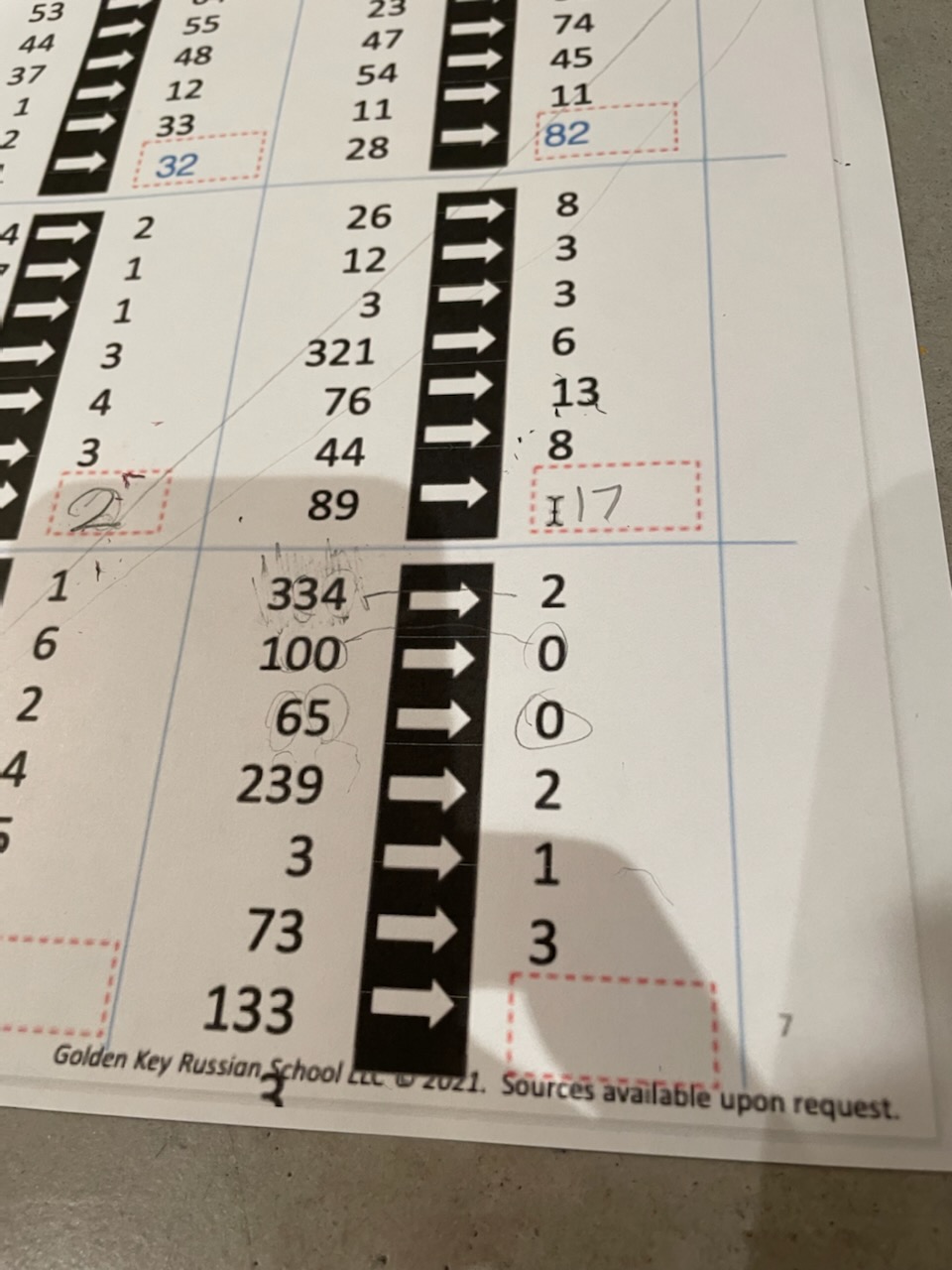 I think I got it. The answer is 1.
EDIT: or possibly 2 to 4; see the insightful comments of @Nathaniel and @WhatsUp below.
Still pretty sure about the "got it" part though :-)

Count the twos and threes. (Or alternatively, count the threes and nines.)

But there's a twist:

The number 73,133 has a formatting error in it, accidentally splitting it at the thousands separator, so it's now displayed as two separate numbers.

"What on earth are you blabbering about!", I hear you exclaim. 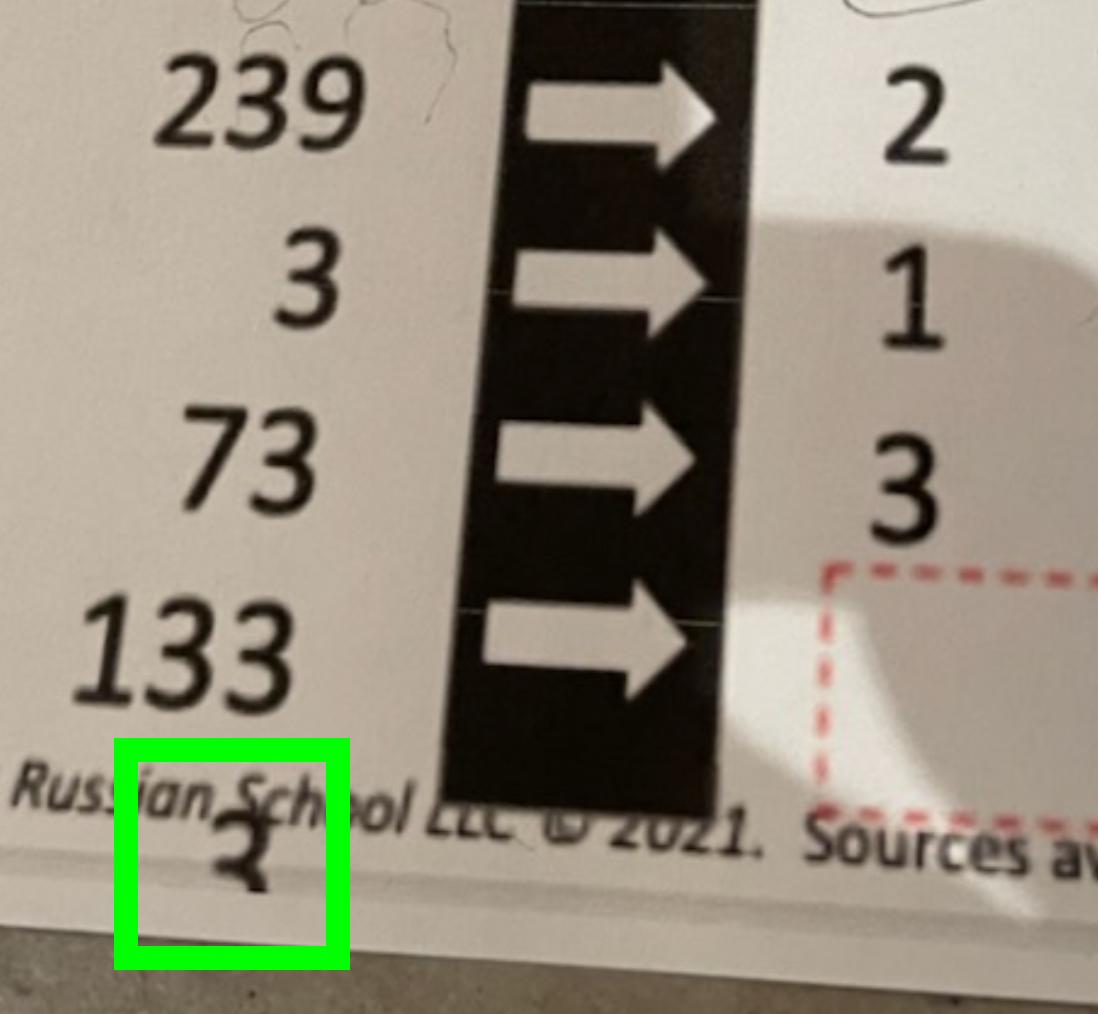 Correcting for that error, we are now faced with another problem: 3 is a given already. It makes no sense to pose that number as the question. (Well spotted, @Nathaniel!)

But we won't need to add many new assumptions to account for that: If the number in the question isn't a 3, then what is it? Well, anything between 3,000 and 3,999 would work. If such a number were printed with the same software that mangled the 73,133, it would display the leading 3 as a separate digit on its own line, with the remaining three digits on the next line, which is unfortunately completely off-page.

This error is so common it has a name (several, actually): wikipedia calls it delimiter collision.

Accounting for @WhatsUp's astute observation (we don't know if we're counting twos or nines in addition to the threes), we can further assume that the 3 off-page digits don't include any 2s or 9s, or if they do, there's exactly one of each. The former possibility seems like the more likely one, since that would match both the clarity and difficulty level of the puzzle with the other puzzles seen on the same page.

Sadly, there's no way to be sure what the three off-page digits are, so the final answer must remain a mystery.

In the chat (link in the comments below) @DavidA.Craven raises a very interesting possibility: the samples given are also consistent with another error type: if the layout program, instead of misinterpreting delimiters, actually split each number after the first 3 digits, then the intended solution rule to the original puzzle could have been "count the threes", which is way more satisfying as a puzzle solution.

Deciding which explanation is more likely is largely a matter of aesthetics and speculation, so we decided to leave it at "it's a problem having to do with extraneous line breaks either way." (Let the record state that the more I think about it, the more I like his solution)

Find the rule puzzles can tend towards "Read the puzzle-maker's mind."

Although the "3" below the page is best explained by Bass's answer, let me just say that such puzzles are not very good because too little data is given to make the official answer convincingly simpler than alternatives. For example, here is a formula that works for the numbers requested as well as the hypothesized intended pattern!!