Is there anywhere else I can go without guessing randomly? 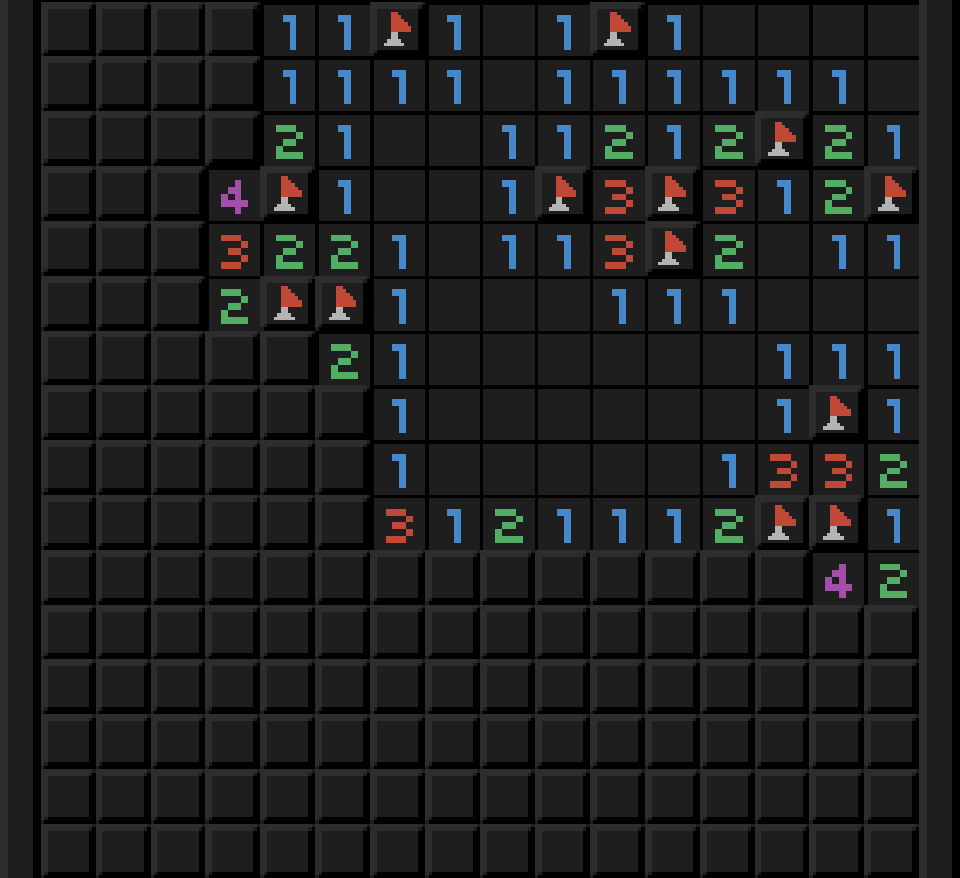 I’ve been looking at this board for a little while, and can’t seem to find any places to go where I don’t have to guess. Is guessing the only thing I can do here, or are there strategies that I’m missing?

(It depends, in part, on a mistake you've made earlier: there's a third flag next to a couple of 2s along the left side. I added a green square to mark the bogus flag in the picture below.)

Despite that, you have several break-ins left to use:

Here's a picture of the possible deductions. 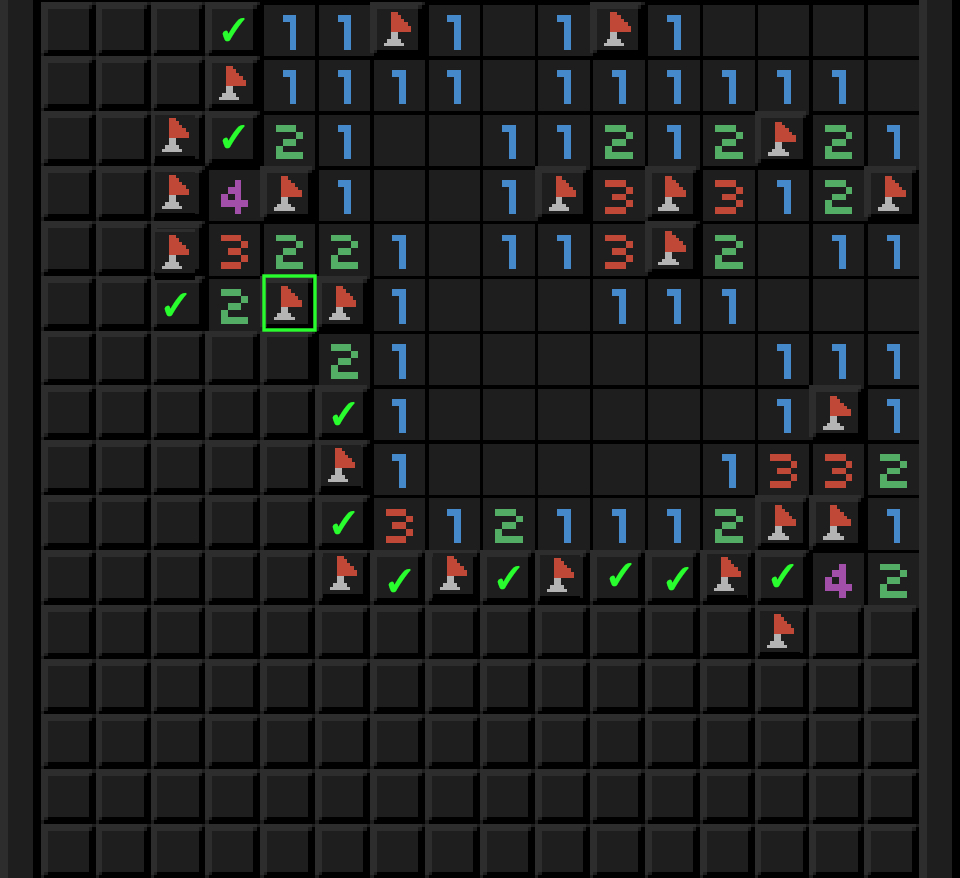 You have a couple of 1s that are already adjacent to bombs that you can clear out, as well as a 2 at left adjacent to 2 bombs.

One strategy which is available to you is on the bottom: you see a 1-2-1 in a row? The center square, directly under the 2, cannot be a bomb. If it were, neither the square to its left or right could be a bomb, which would leave the 2 adjacent to just 1 bomb. Hence it is the left and right squares that are bombs.

Here are a some things I see: 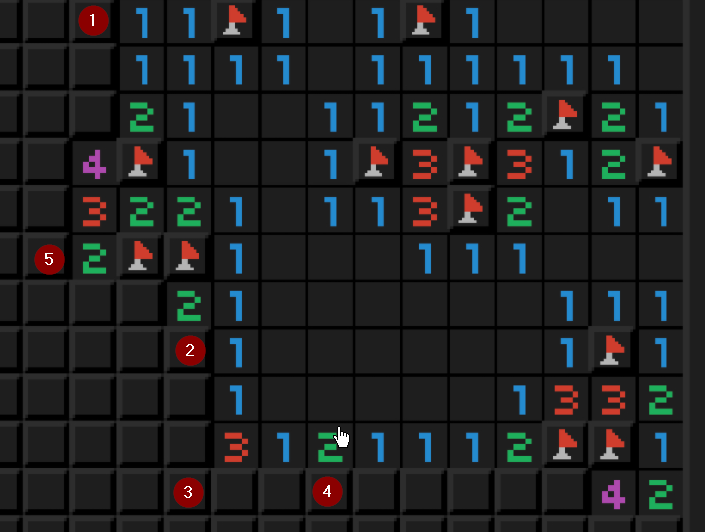 I'll reference my red circled numbers with parenthesis like (1) and the numbers on the board with single quotes like '1'.

Not the answer you're looking for? Browse other questions tagged logical-deduction grid-deduction minesweeper or ask your own question.