The Game of MIM

In the game of MIM, each of two players, Alice and Bob, receive a board as shown below: 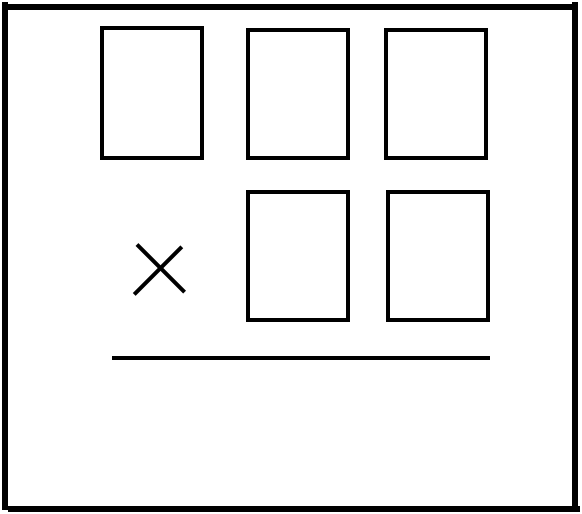 They are then dealt in turns one card from a shuffled set of cards numbered 0 through 9 which they must immediately place in one of the empty boxes of their board (and not move again). Once all cards have been dealt and placed, products of the two resulting multiplications are found. The winner is whoever gets the larger result.

After four cards had been dealt and placed as shown below (Alice's board on the left), Alice is dealt card numbered 7. Where should she place this card for her best chances to win the game?

What if the object of the game is to obtain the smallest of the two products?

Partial answer: If the object of the game is to obtain the larger product, then

by placing the 7 as the leftmost digit into any of her numbers (although using the 2-digit number is marginally better), Alice gets 90% chance to win

So, the strategy is

to make 71 now. If Alice picks 0 or 3 on the next move, she should place it as the rightmost digit of her 3-digit number; if she picks a higher card (6, 8 or 9), she should make it a leftmost digit of the same number (because it's sufficient to win even if the result might be not the best which can be achieved).

If the object of the game is opposite, then

the choice is probably to place 7 as the rightmost digit of 3-digit number, however, it may be complicated because now it depends on Bob's play too.

She should place it

in the leftmost position of either number.

Since we’re working with multiplication

it currently doesn’t matter which number it belongs to, so long as it’s the leftmost digit.

This is simply due to the fact that

Her worst odds are

if she draws the 0 and 3 as her remaining cards.

Her best are obviously

60% chance for Bob to get one of the three high cards with his upcoming turn. If that happens, Alice’s next turn will provide an equal opportunity for getting a high or low card. She might as well aim high now and hope for the best on her next turn.

If the objective is to get the smallest product instead

she should place it in the rightmost position of the top number to ensure that number stays as low as possible.

Not the answer you're looking for? Browse other questions tagged mathematics probability game or ask your own question.

13
Picking a time to bet
14
Find the winning strategy for this card game
22
A game with 52 cards
6
Corollary to "A game with 52 cards"
15
Money Game with $1025$ cards
1
Jack and Jill went up the Hill to play
8
No point shuffling, just pick your cards
7
Alice and Bob play at cards
5
Number of cards to be pulled
15
The Game of Barranca