The answer to this puzzle consist of 18 letters in total. 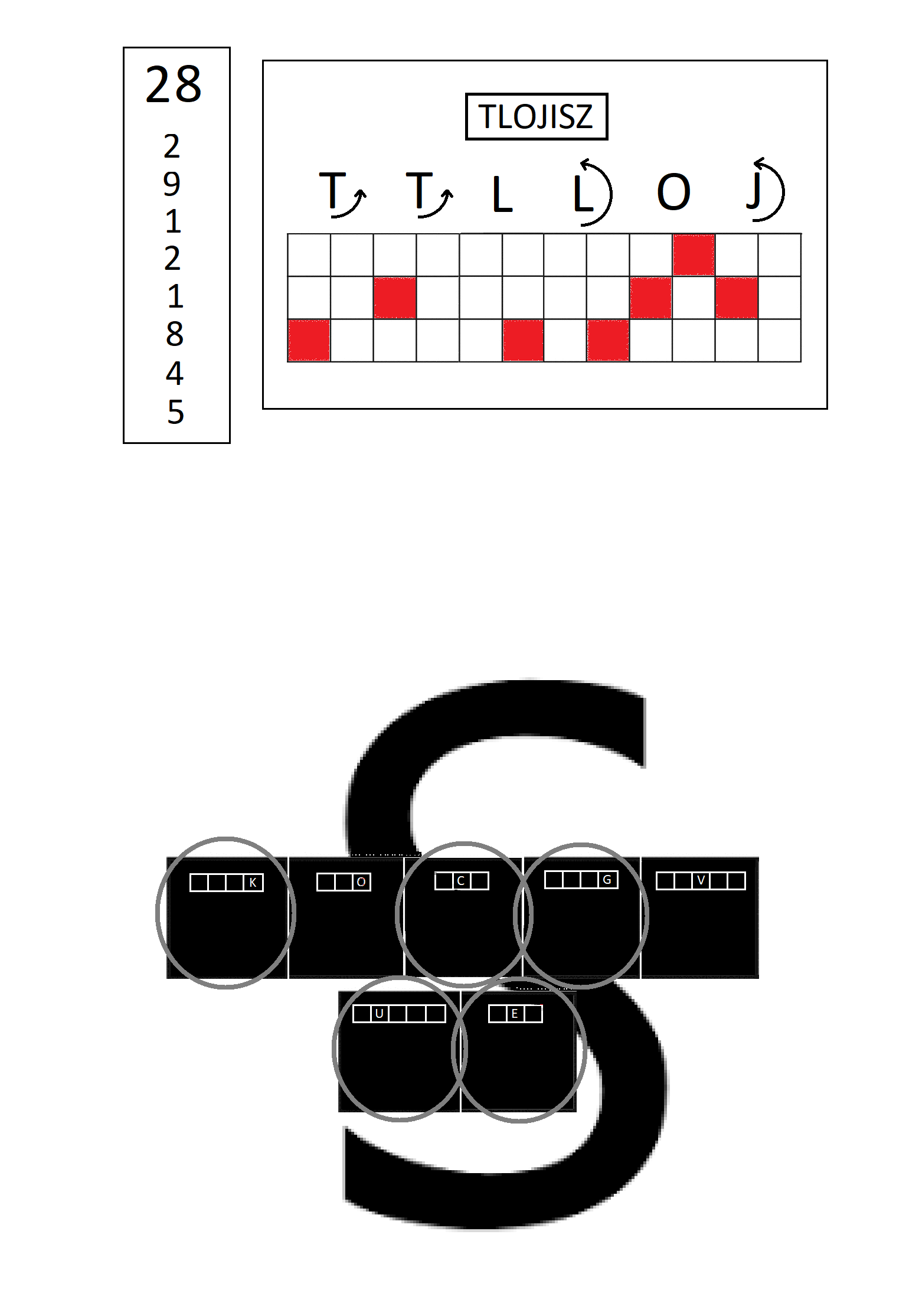 Even though I didn't quite catch the first part, I'm going to go with

The first part with the numbers is completely opaque to me, although from the context, it seems likely that the solution is

EDIT: solved by @Stiv in the comments:

If you interpret the vertically placed digits as a date (in a distinctly non-US format), you get "29/12/1845", the date on which Texas officially became the 28th state in the US.

The TLOJISZ are the names of the Tetris pieces, out of which we select 6 (TTLLOJ), rotate them according to the instructions, place them in grid below, and subtract the red squares. 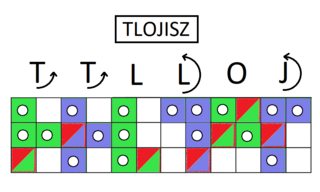 I added white dots to the remaining parts of the tetris pices to make it easier to see that the grid now spells out "holdem" in Braille.

This fits in perfectly with the final part, where we can see seven words, each with one letter given, and grouped into sets of five and two. These are

playing cards dealt out in a game of Texas Hold'em, with the circled cards being, in order, jack-ace-king-queen-ten, forming a straight, while the other two cards are a two and a seven.

The words in the boxes are superimposed on a big letter S, which is

common poker notation for "suited", or "all in the same suit"

which finally brings us to having

AKQJTs, also known as a Royal Flush, or to use the somewhat rarer but decidedly more 18-lettered name, a Royal Straight Flush, the highest ranked hand in Texas Hold'em,

which is indeed very rare, as suggested by the topic.

This seemingly perfect hand would actually be quite a lot better if we didn't have the ten in our hand. The queen alone is enough to give us an unbeatable flush: the board has no pairs, preventing any full houses and quads, and the only possible straight flush would need our queen. Giving the ten to another player would give them the second nuts, which makes it much more likely that we might be able to milk some more money out of them.

19
A family of seven!
13
Some say, obsessed
7
Different from each other
6
To remember them
12
All about position
7
Always six of us
7
Similar, but different
9
The two combined
12
Just for fun (it's fair)
3
Made for three only