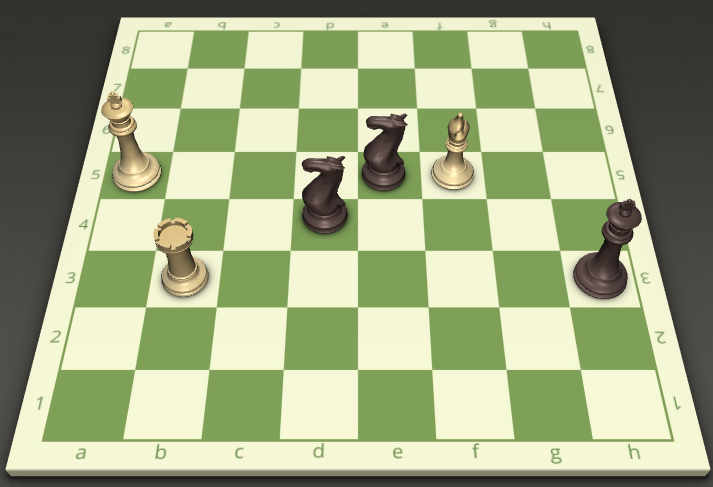 The standard chess end game position above most probably results in a draw. On his turn White player placed the bishop to f5 and say "checks" (board pieces as shown). How can the Black player move his knights legally from this current position?

Based on OPs comments I now believe

Black says "J'adoube", which means "I adjust", and centers both his knights which are slightly off center. He then proceeds to move his King

you can/should only adjust on your turn, so it is appropriate for black to do so. Also, technically he wouldn't need to say anything, because although it's touch-move, the knights have no legal move so black would not be forced to move either of them

White made an illegal move

Black points it out and White must make a legal move with the bishop since he touched it. The bishop must have been between the rook and king, but if it were on c3 or e3, Bxd4 wins. d3 would mean it was a legal move. So it was on f3 or g3 and black can draw after the bishop moves. However if it were on f3, Bg4+ forces the king, not a knight to move. So the bishop was on g3. After something like Bxe5, Nxb3+ draws.

There is only one situation where it is legal for the black player to move the knights from this position, because

That can only happen while castling, or according to

This is the only possibility, since

if white disturbed the position on his previous move, white must fix it, not black.