Tipping a tetrahedron in a plane

A regular tetrahedron with one black and three white faces is positioned with its black face at the bottom of a plane. The tetrahedron is tipped several times over an edge and finally reaches the same original position.

Is it possible, that the tetrahedron ended up with a white face at the bottom of the plane at its final position?

Imagine that the 4 sides have been unrolled to form a Parallelogram.
Let the sides be numbered 1, 2, 3 & 4 which is shown in the Image.
Now all movements in the track along the X axis will repeat in order and this is fixed.
If a movement moves it in the Y axis, it will move up or down into a new track.
Here, again it can move in this track in the X axis which will again be in same order but shifted & reversed.
Moving back to original track will again shift back & reversed back to normal.
Eventually, the Plane will be tiled with the triangles with numbers 1, 2, 3 & 4. 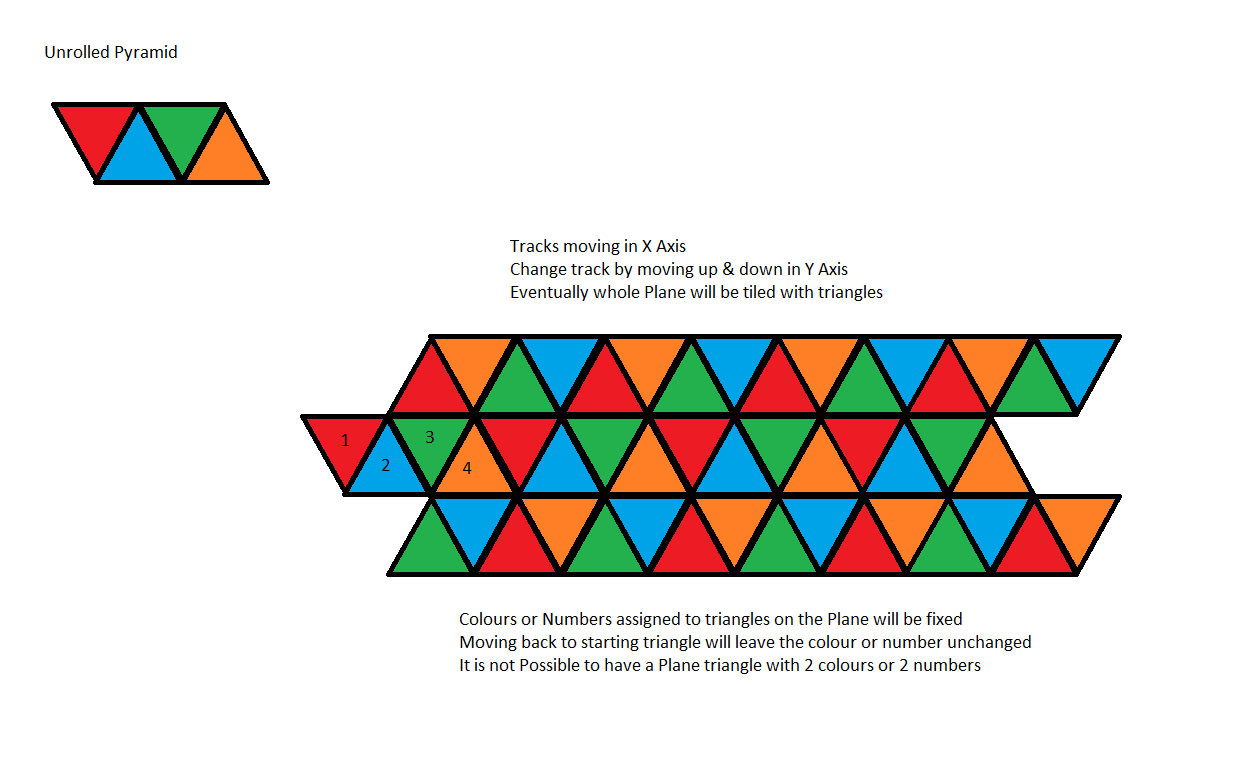 No matter which number or which colour is selected to be the black side, it will come back to the Starting Position without change.

No, it is not possible.

all loops have lengths that are a multiple of six, which is a multiple of three, which traps the tetrahedron "T" to only ever have its original position with the black face underneath.

The tetrahedron is composed of four equilateral triangles and "rolling" it fixes one vertex. Continuing to roll it around that vertex will result in a sequence of equilateral triangles all sharing one vertex on the plane. Our basic geometry tells us that six rolls will form a regular hexagon. But any vertex on T is the intersection of exactly three faces, which will cycle in the same order during that roll: * The first and fourth triangles will be made by the first "inside" the white face, * the second and fifth by the second "inside" white face, * the third and sixth (being the last, the same as the original position) by the black face. The "outside" white face never touches the plane during the rolling, because it is not coincident to the vertex which stays on the plane. If we stop and roll backwards on the loop, we are simply returning to the same position, which is pointless. So for T to reach the same position in one loop, it must finish on the same fave it started from. What about multiple loops? Well, they must eventually connect back to one of the three loops that share the original position, and then that loop must be completed or reversed too. Thus, we can never change the face that must land on the original position. 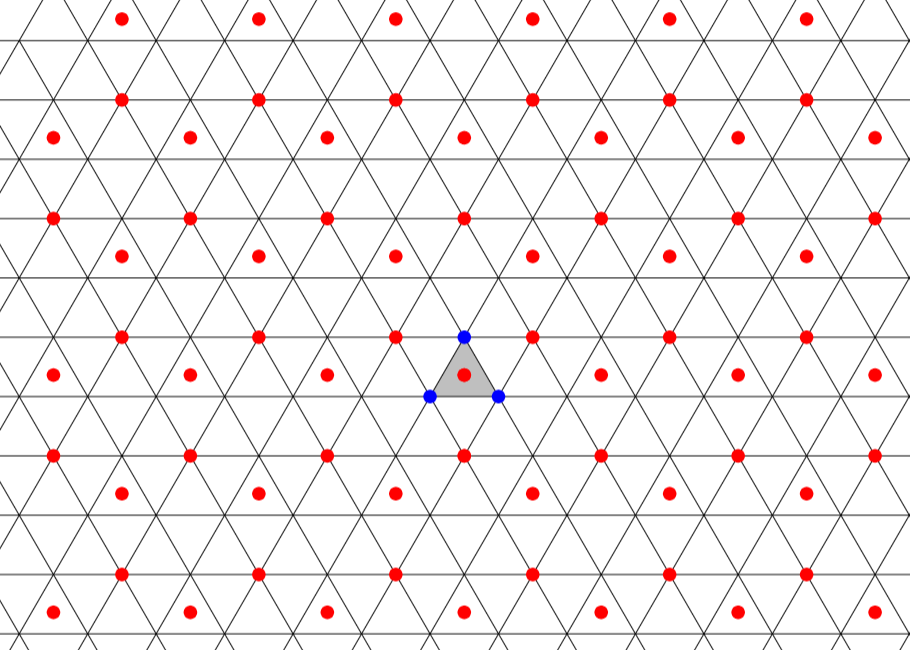 5
A final incident in the flea circus: Part 2
17
A classical combinatorial puzzle
9
What is the 'best' way to tilt through a D20?
33
Simple geometry. Or is it?
17
Fairy Chess #1- The Mastermind
7
Numbered Billiard Balls
12
Ray reflection inside the cube
6
Knights Problem
2
The Big Cube and Squares Puzzle
0
Number of turns a coin makes going around some other coins