This is a double connect wall puzzle. The objective is to rearrange the sixteen people below in the 4x4 grid such that each row of 4 will be related by a common theme and each column of 4 will also be related a common theme. In total, there will be 8 different themes/categories.

After discovering the 8 themes, attempt to determine the intended title for the puzzle, which is three words: F____ ___ _____s 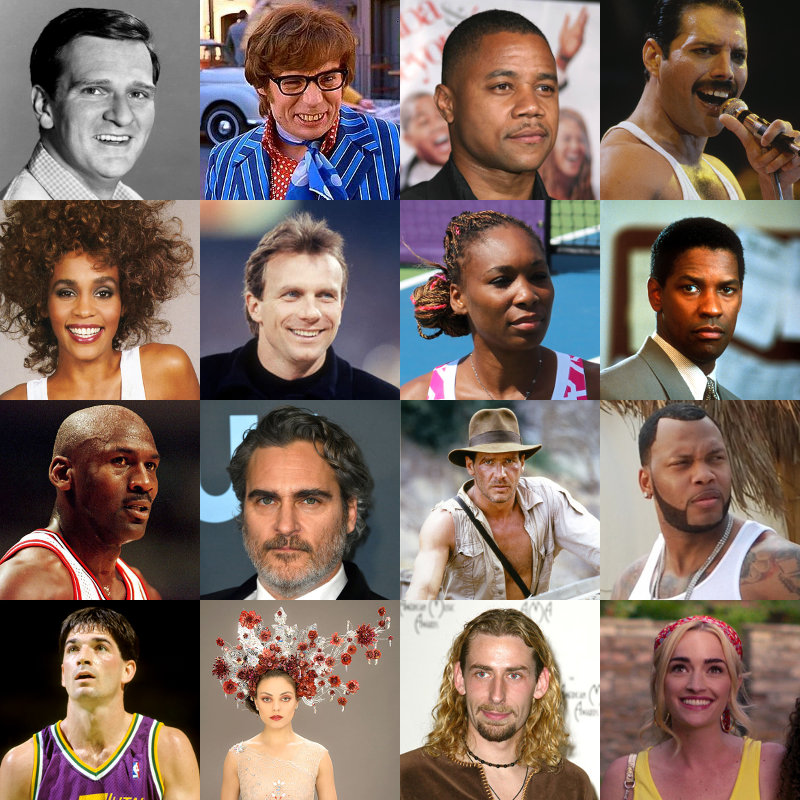 Since several of these people might be unfamiliar, rather than force everyone to paste thumbnails into a reverse image search, I've added a clue for each image. Each clue is a movie title unless otherwise noted, and the ordering is in reading order (left to right, top to bottom).

Thanks in part to the community wiki answer, the people in question are:

some of these people are the characters rather than the actors portraying them.

From here, we can fairly easily group them into four categories. From smallest to largest:

We can also categorize them based on who they are:

place, I'd guess that the title is "Faces and Places" or something similar.

The double connecting wall can be resolved as follows: 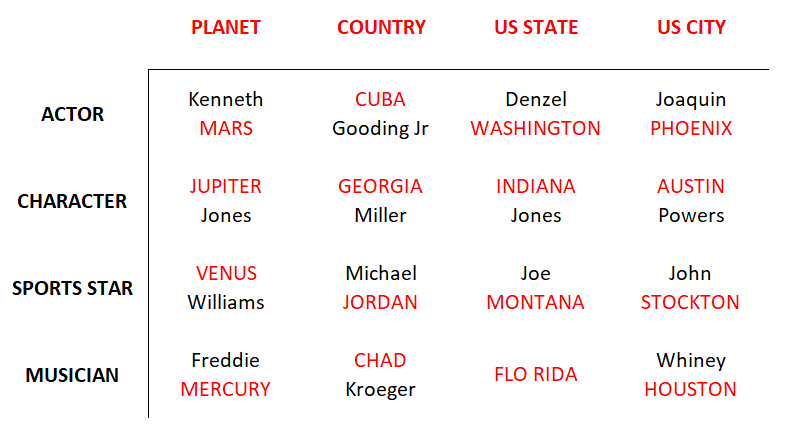 Here, the pictured people (four of which require the names of their depicted characters for this to work) can be divided first by occupation (ACTOR, CHARACTER, SPORTS STAR or MUSICIAN) and then secondly by sharing a connection within their names - i.e. whether it contains the name of a PLANET, a COUNTRY, a US STATE, or a US CITY.

As for the intended title, I would suggest something along the lines of:

Note This answer doesn't solve the puzzle, but rather offers a quick way to identify the faces in the puzzle's grid through links to Wikipedia articles surrounding the people the faces belong to.

Not the answer you're looking for? Browse other questions tagged knowledge visual connect-wall movies or ask your own question.