Since our space probes and radio beams first plumbed the cosmos, mankind has sent into the void numerous notices describing our location. Today NASA announced the recovery of a golden object that crashed into the ocean yesterday from space. Scientists assume it has been produced by an extraterrestrial intelligence that has been observing us and our pastimes from afar, and is now telling us its location in turn. The world's greatest minds are in a race to decrypt this mystery...

Below is a photograph, courtesy of NASA: 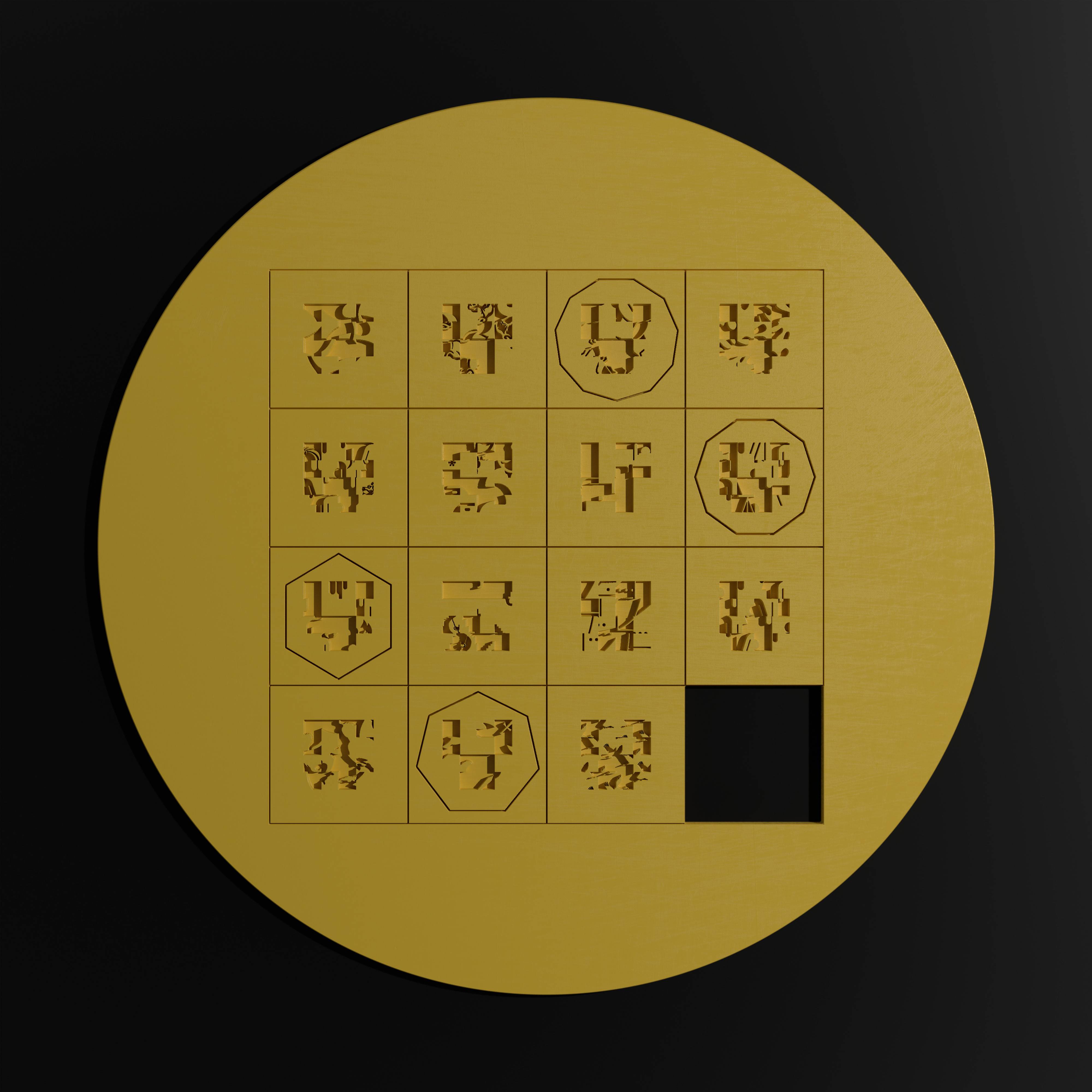 As the puzzle has stagnated after very significant progress was made, here is a hint in case anyone is still interested...

@oldmansutton (building on @Deusovi, @Stiv, and a few others) has found the intended identity of 6 of the squares, though their answers for squares 4, 8, 13, and 15 need some minor tweaking. What remains for this step is a little bit more rebus work. Partial answers are welcomed, so I can see which squares are too obscure and need a hint. Squares 6, 11, and 12 would be a good next step, as they're simple visual representations/rebuses. You'll need to get all the squares identified before you move onto the next step (which should be an obvious one).

This is a direct photograph of the mysterious thing, so the image file and any metadata/steganography are of course irrelevant. What you see here is the only bit of the object that is of interest. As the object is detailed, you may find useful a higher-resolution photo on imgur, although the one above would probably suffice. The original full image I got from NASA (an approximately 10000x10000 lossless .png) can be found on Google Drive.

Partial answer - figured out how to 'read' the pieces

As msh210 notes in the comments, if we replace the shapes with their numbers of sides, we can fill in the remaining numbers from 1-16 to complete a unique magic square: 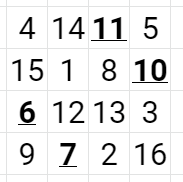 (Note that if we discard the 16, since its tile is missing, this looks suspiciously like a 15-puzzle.)

Each of the "images" on the tiles is made out of a 4×4 grid of small sections. These must be permuted according to those numbers to make sense. For example, here's the last one on the second row: 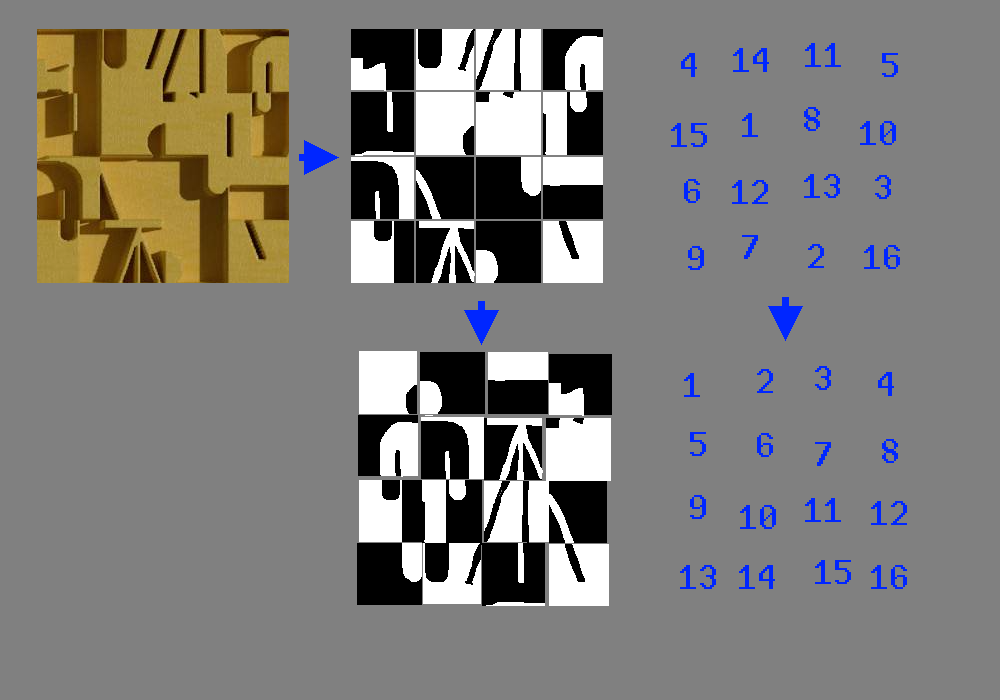 The image shown here is a person standing next to a camera on a tripod.

This must be done for all fifteen tiles, and the resulting images themselves should probably be permuted in the same way. 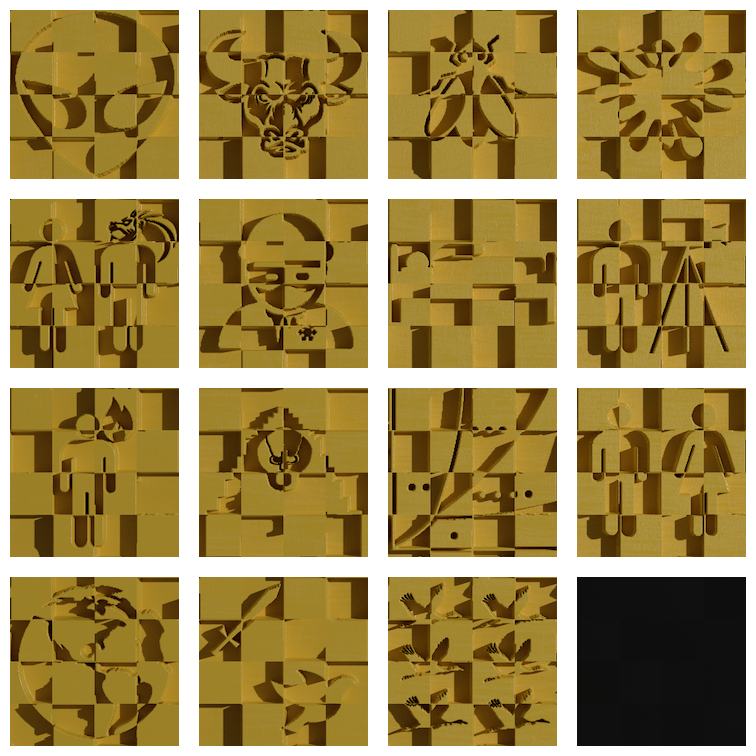 This is better as a comment to the existing answer, as it's more observations that might HELP solve (not an actual solution), but I can't comment yet.

I think @Stiv is on the right track, and have come up with several other names

Not the answer you're looking for? Browse other questions tagged knowledge enigmatic-puzzle visual story or ask your own question.

42
Lepidopterology needed!
3
No shoot Sherlock: Test your internet and detective skills with this one!
18
Jump to the 13th dimension
16
A-maze-ing Navigation
2
Dungeon Quest: a twisting and turning imgur-maze maze
9
Run... From... It
11
A strange message from space?
19
Density™ finally back from holiday!
14
A maze of placed faces