What is the least number of queens you need to place on the main diagonal of a 8x8 chess board such that every square is under attack?

Suppose we start with a full diagonal (A1-H8), and then see which queens we can remove.

Removing any one queen is obviously fine. The other 7 queens cover all the other rows and columns, leaving only the removed queen's own square which is covered diagonally.

If we remove two queens,

things are fine if the queens are an even distance apart, but not if they are an odd distance apart. An example of the latter is when you remove adjacent queens such as A1 and B2, and these cause the companion squares A2 and B1 to be uncovered. An example of the former is when you remove A1 and C3 - the companion squares A3 and C1 are covered diagonally by the queen that lies halfway between the two removed ones at B2.

If we remove more than two queens,

every pair of removed queens must be an even distance apart, as explained before. Furthermore, there must still be a queen on the spot halfway between the removed pair of queens.
It then quickly becomes obvious that the only way to remove more than 2 queens is when you remove 3 queens that are a distance of 2 and 4 (and 2+4) apart, for example B2+D4+H8:
(lichess link) 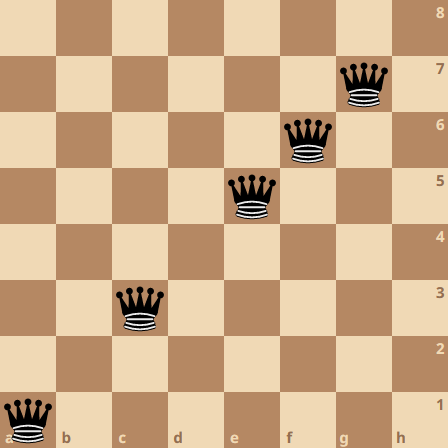 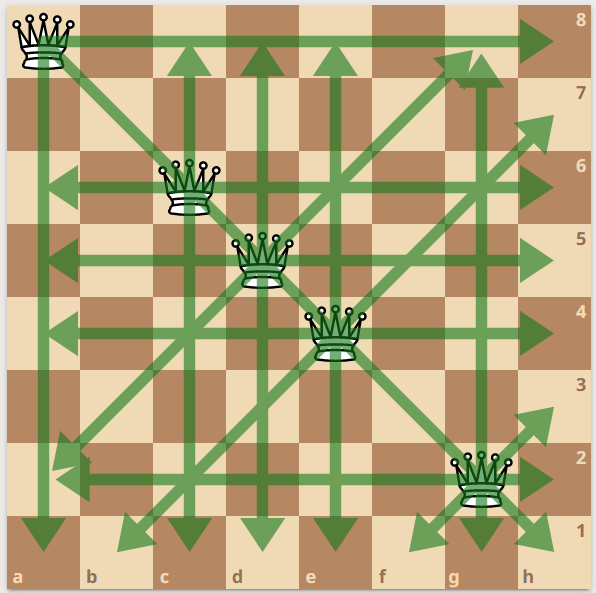 Initial logic to this solution:

Trying to cover a1 first, then e4, then just hitting off the remaining squares one by one 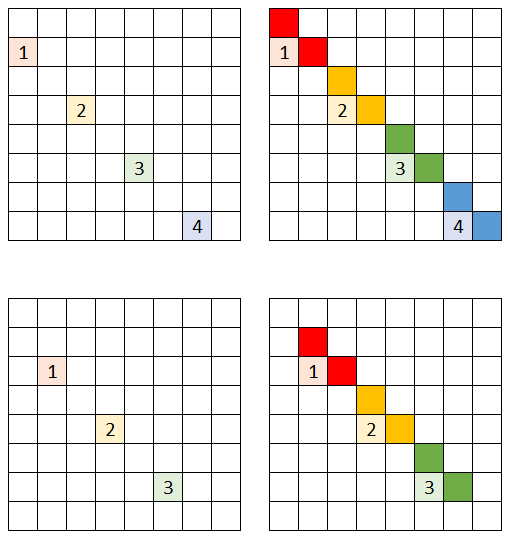 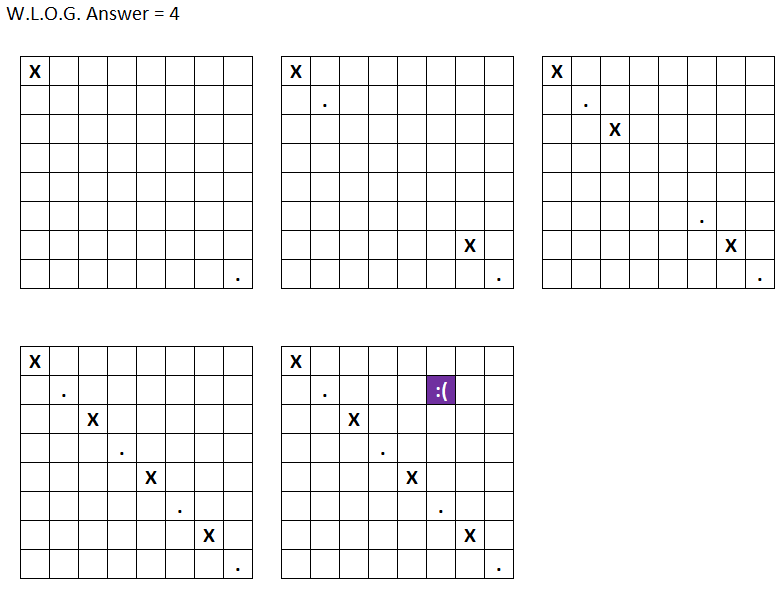 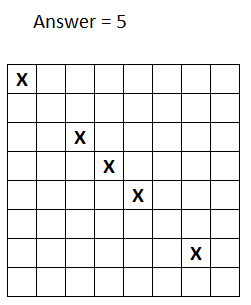