This a Sudoku puzzle created by Paul Vaderlind. 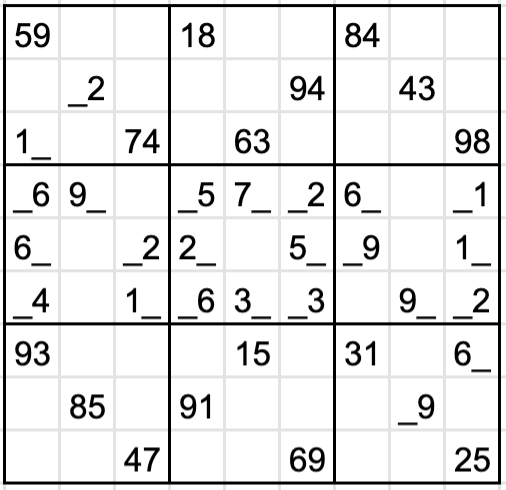 For your convenience I also made a version where the first digits have been replaced by letters from A to I. 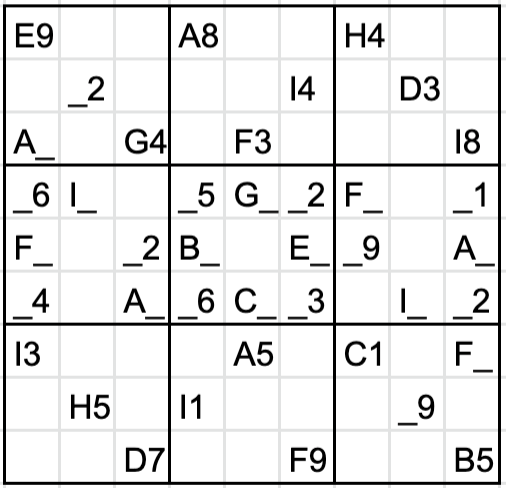 I came up with the same answer as @Dr Xorile: 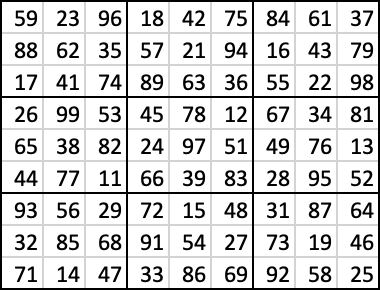 This one was actually pretty easy to do by hand in a spreadsheet. However it took enough steps that I couldn't undo all the way back to the beginning, so the first few steps are just going to be what I remember doing. I'll try to recreate the first part later when I have some time:

The first and most helpful thing I did after transcribing the puzzle was create a chart of all the numbers used so far. The extra information I could see in the chart made it a lot easier to decide what to try to figure out next.

My next step was just to look at each Sudoku individually and use very basic solving techniques. That allowed me to find all the 9_s and some others.

As soon as that was no longer bearing fruit:

I decided to look at the orthogonality constraint. Using my chart of used numbers, I could see that the 1_s didn't have too many left. By looking at the possibility for each 1_, I was able to solve for all of them.

(I have some pictures for this point on!) I was able to make a lot of progress on the second-digit Sudoku at this point 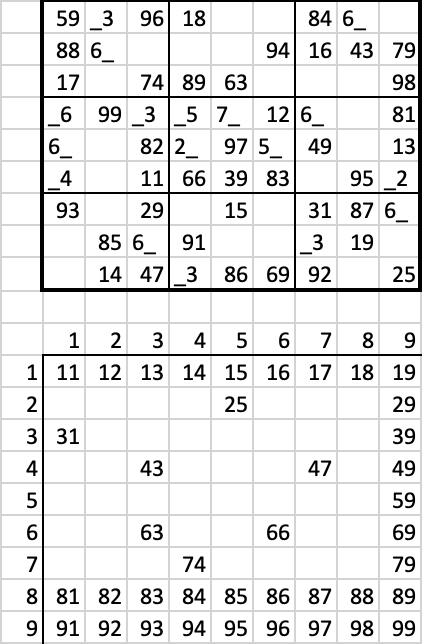 Another set of numbers finished: 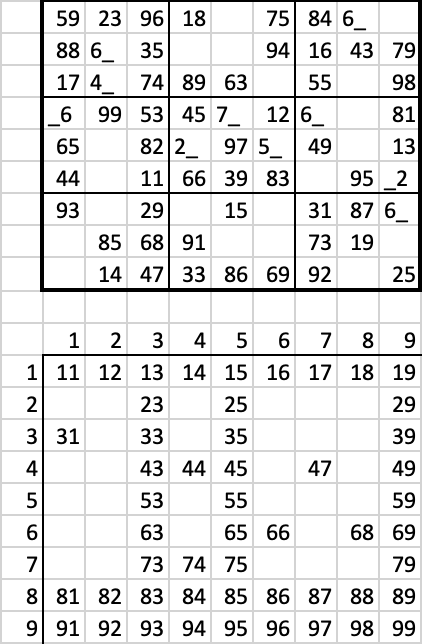 It was at about this point that I didn't really have to look very hard for the next number to fill in. Just normal sudoku rules for rows, columns, and cells, using the chart of used numbers as a guide for where to aim next and quickly narrowing down possibilities.

I got to this point and saw that it looked underconstrained, and finally noticed that I'd missed transcribing a clue. Trivial to solve from here once I put it in 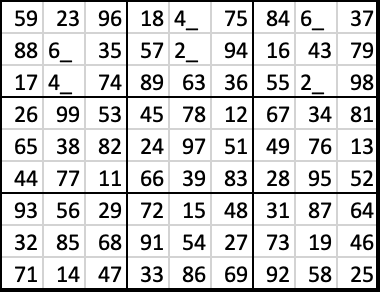 I believe the answer is:

I saw a recent comment on a different question about linear programming, so decided to give it a go. It was harder than I thought, but mostly me figuring out the syntax etc. I thought of trying by hand, but the orthogonality constraint is a pain to spot by eye. I might give it a go with a spreadsheet like I did with the mobius sudoku, where the spreadsheet can track those sorts of details.

8
Color Star (Semi - Instructionless Sum - Star)
19
Tic tac toe - Sudoku: A variation in which the centre box defines the layout of the other boxes
3
How many unique "miracle sudokus" are there?
14
The Blind Killer - a new series! SS#1
25
The Blank Sudoku
15
This Sudoku Park iS LIT!
14
Pento-Doku: Pentominous + Sudoku
15
Imagine a Sudoku with Text-Only: A Gridless 6x6 Antiknight Antidouble Sudoku
9
Themed Boggle Grids