What would make the correct solution more correct than this solution to this MENSA question?

This is a mensa question. 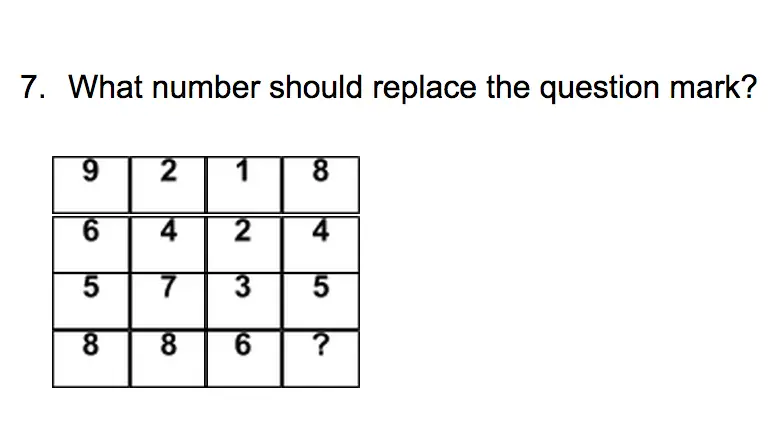 The given solution is that the first number in a row multiplied by the second gives the last two rows:

However, it looks like you can also subtract the first from the second row then add it to the third to get the fourth:

However, it looks like you can also subtract the first from the second row

Except for the first three rows, you subtracted the second from the first (also, column, not row). You would have to reword it as "add the third column to the absolute difference between the first and second column".

Given any set of numbers, it's always possible to come up with an infinite number of formulae that give those numbers. So these sorts of puzzles have to be understood to be asking for the simplest formula, and what is "simplest" has some degree of subjectivity. The people writing the test probably didn't think of your formula, and if they had, they probably would have considered it "more complicated".

Once of the more objective measures would be "How long is the description of the formula", and "Multiply the first number by the second number to get the concatenation of the last two numbers" has 95 characters, while "the fourth number is sum of the third number added to the absolute difference between the first and second number" has 113 characters. Not a huge difference, but the first formula wins by this measure.

1
Another JCTI Puzzle
0
I have added the link to a puzzle which I have asked in the math site.i will be glad if anyone helps me with this
7
Red balls and Rings
2
The answer should be in the form of a question, like jeopardy but with a bit more ~fantasy~
3
Mensa IQ riddle - lines inside circles
1
Is there any logic to this puzzle in the game Songs of Skydale?
1
Mensa sample question - squares with shaded and unshaded parts
14
Modification of 100 lightbulbs problem (everyone flips 100 bulbs each)