You've most likely heard of the eight queens puzzle, right? Where you have to place n chess queens on an n * n board so that no queens attack each other (boy, those must be some very angry monarchs!)? Well...what if, instead of queens, you had to place chess knights on an n * n board?

What's the maximum possible number of chess knights you can place on a 4 by 4 grid so that no knight can attack at least one knight in one single move? What about a 5 by 5 grid? A 6 by 6? A 7 by 7? Is there even a pattern to the maximum number of knights you can place on an n by n grid so that nobody attacks another knight? (You don't need to answer that last question, but don't let that stop you from answering it if you really want to! It's just an extension question!)

Edit: And here's another question!

For an n by n board how many ways are there of placing knights according to the rules given? 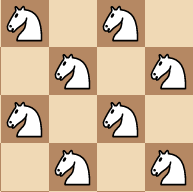 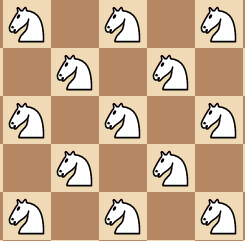 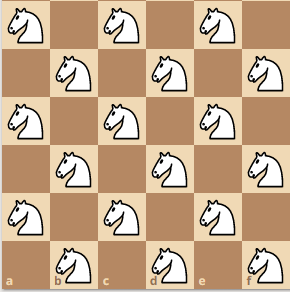 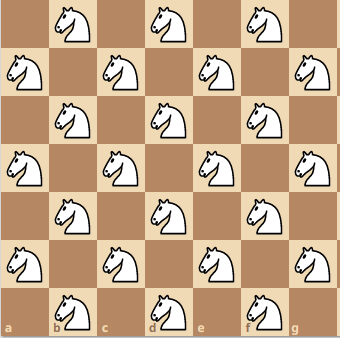 When a knight moves, it moves to a space of a different color (from white to black or black to white). If they are all on the same color, no collision happens.

Pattern: The pictures speak for themselves.