"17? You're counting the last two separately?"

"Are you an animal?"

"Are you from Doctor Who?"

"Well, are you from TV in general?"

"Yeeeesss, I have appeared in some TV shows, but I wouldn't focus on that as my primary medium. 10."

"A series of films then?"

"Ah yes, forgot that for a moment. Um, is it a recent film series?"

"Is it the new Star Wars trilogy?"

"I literally just said no to all of Star Wars – the answer is still No. 3."

"Wow. You panicked there, huh?"

"You're telling me. That being said, I think – ha – I think technically I have to answer 'Yes' to that one!"

"No, probably not, but you'll find it funny later. Tell you what, I'll give you one last clue – a visual puzzle I prepared earlier. Take a look at this, see what you can find, and maybe with everything else you know about me already you'll be able to find my name. I've literally spelled it out for you..." 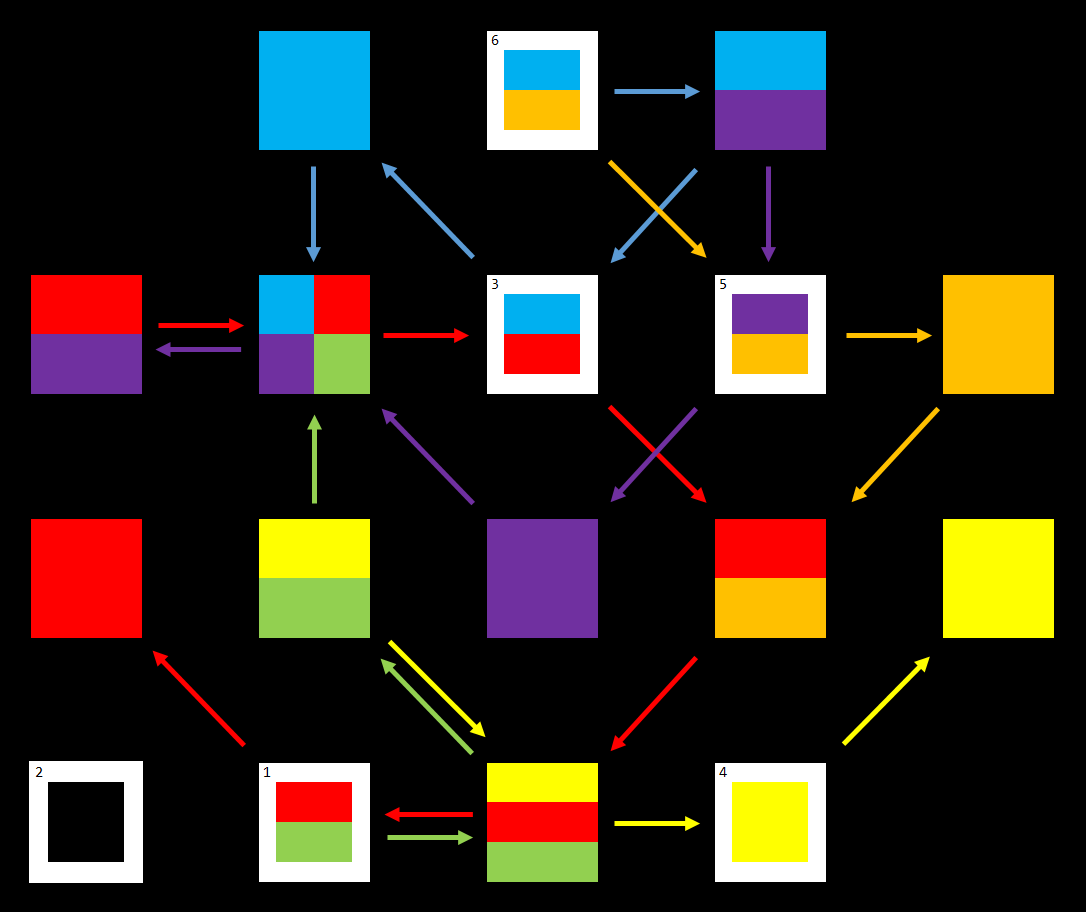 The most obvious place to start is with

that pun on "snappy dresser". Crocodiles? Carnivorous plants from Little Shop of Horrors? Something to do with photographs? Ah, how about Thanos from the Marvel comics and movies? Certainly snappy in one sense. And the Marvel stuff is in a whole bunch of movies, but it was in comic books first. (The movies are recent enough that the clue-giver's umming-and-erring about "recent" seems deliberately misleading, but no matter.)

I don't know anything much about these, but

it turns out that there are six "Infinity Stones" and their colours are the six colours in the image! Aha. And each Stone has a name: reality (red), soul (orange), mind (yellow), time (green), space (blue), power (purple). I wonder whether combinations of colours correspond to which names a given letter is in? Why, yes, it looks like it, because it seems that the combinations of colours that appear in the image (including of course black in the corners) are exactly the ones for which there's some letter that occurs in exactly those stones' names. For instance, E is in exactly R,G,B,P, and lo, one of the squares in the image has exactly those colours in. There are two letters (N,D) appearing in only the yellow stone's name (note that there are two yellow squares in the image), and 10 letters appearing in no stone's name; other than that, each combination of colours determines a unique letter. 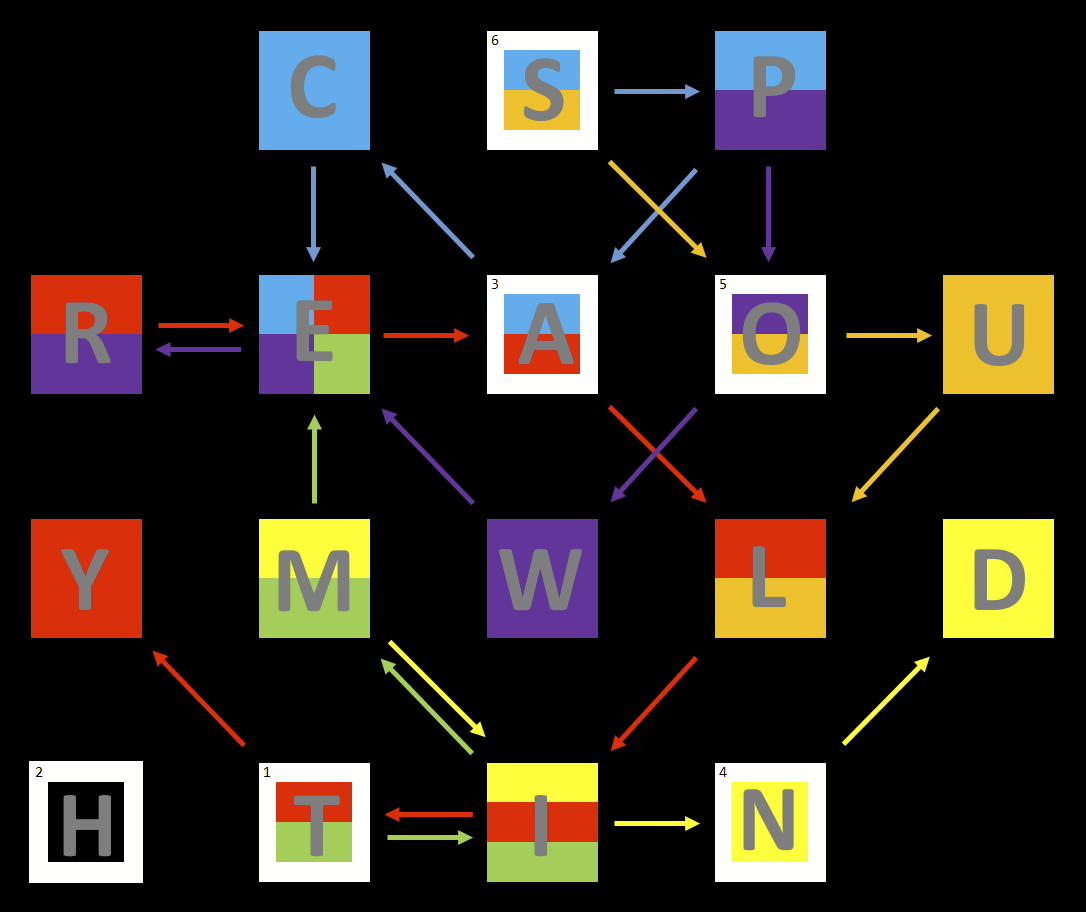 How, you ask, did I disambiguate in the two places where I did? Well,

the squares labelled 1..6 happen to spell out THANOS.

the arrows of any given colour spell out the names of the individual Stones.