The answer to this puzzle consists of three words with a total of 13 letters. Combining what you see below should lead you to the correct answer. 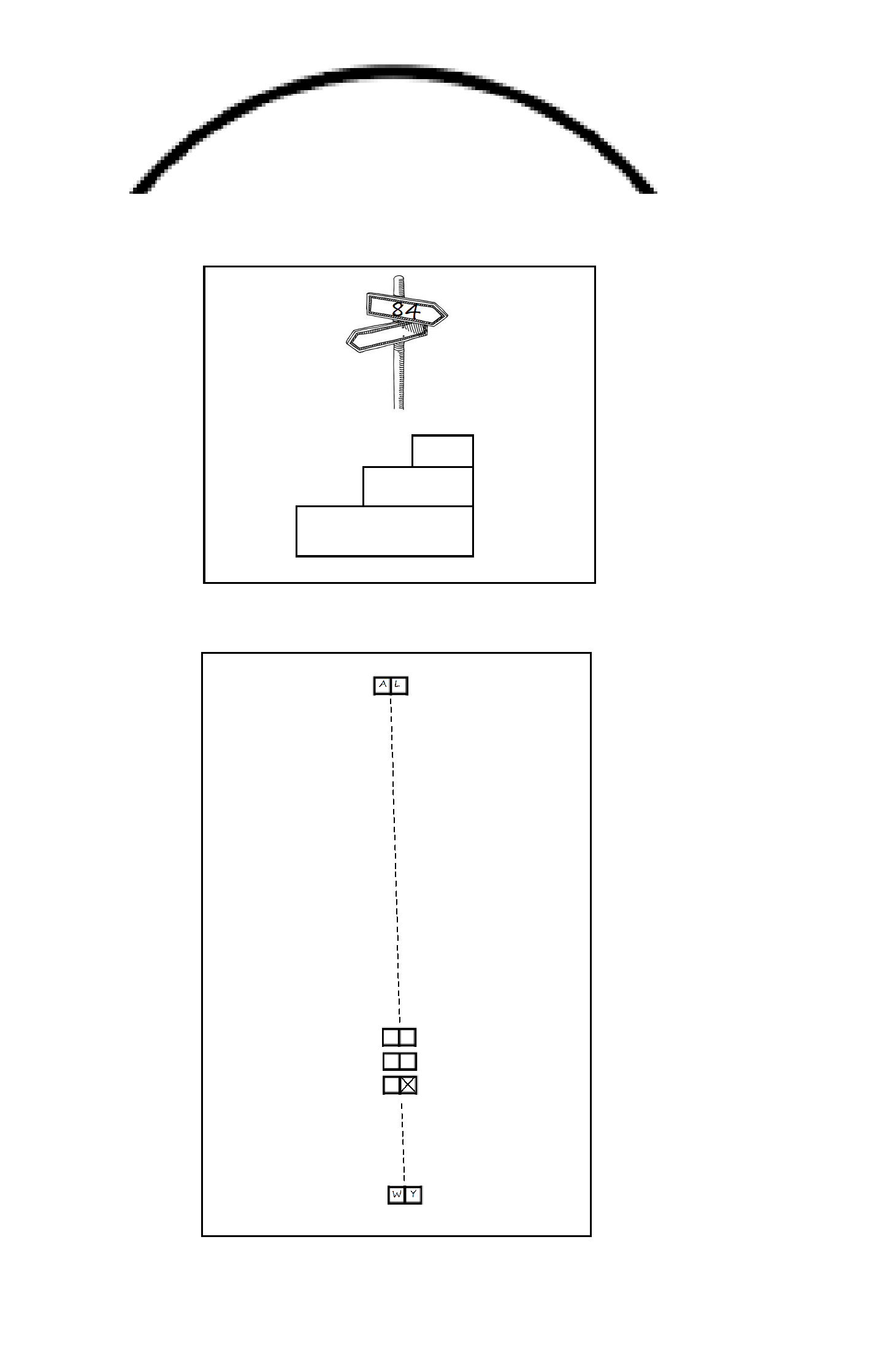 This is the "arc", the characteristic shape.

The first picture represent "to 84" or "284" which is the number of steps (second picture) to the top of the Arc de Triomphe (thanks to OP for explaining).

This picture refers to the two-letter codes representing the states of the USA in order (AL is Alabama, WY is Wyoming). The three in the middle represented by the boxes roughly represent the positions where Pennsylvania (PA), Rhode Island (RI) and South Carolina (SC) would appear. Taking the six letters and ignoring the last (notice the box with the X), this spells out PARIS

The Arc de Triomphe honours those who fought and died for France in the French Revolutionary and Napoleonic Wars, with the names of all French victories and generals inscribed on its inner and outer surfaces.

Not the answer you're looking for? Browse other questions tagged word knowledge visual rebus or ask your own question.

8
Aha! So elegant!
5
The scientific one!
9
Old, yet we stand tall
5
A themed B&A Puzzle
4
Born U.B but mostly known as
7
They say, six-four
67
Honeycomb: a hexagonal grid of letters
9
Consists of four
5
A heavenly puzzle
7
Different from each other