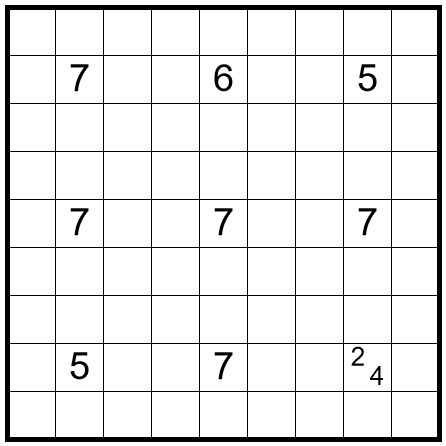 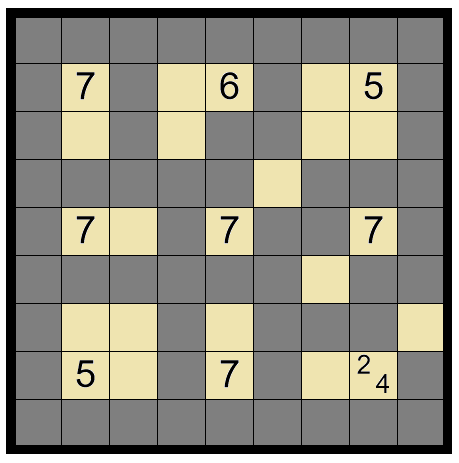 The logical break-in I found was the following:

Consider the 'arrowhead' arrangement of cells between the three 7's and the 6 in the top-left quadrant: 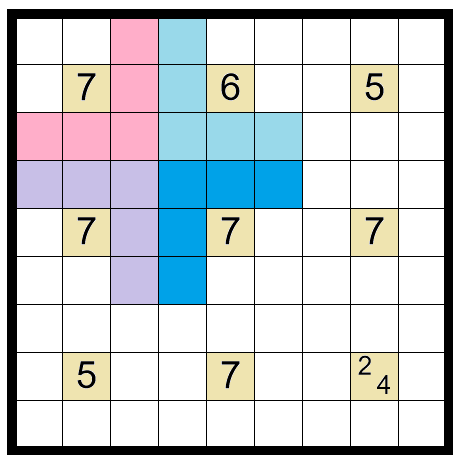 As a result, we know that the cells around each of the 7's not covered by their arrowhead shapes must be shaded. This enables us to mark some adjacent spaces (shaded green) as needing to contain an unshaded space to prevent the formation of a 2x2 block: 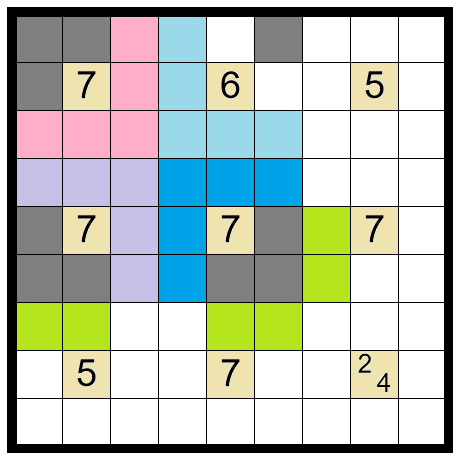 This now enables us to shade some more spaces around the other two 7's: 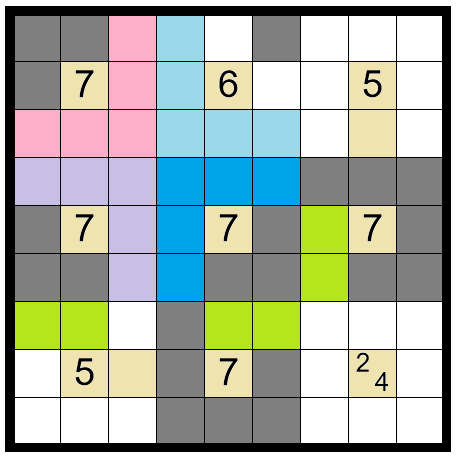 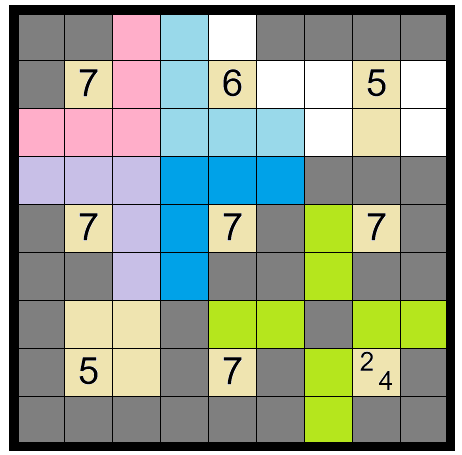 Now, we just need to ask ourselves which one of the two remaining spaces to the left of the 2-4 clue needs to be shaded.

If we shade the topmost of these two squares (in dark green in the next image), many of the other numbered clues can be fully resolved fairly speedily until we reach a point where the 6 cannot be, since both centre cells of its arrowhead walls need to be unshaded, which is impossible: 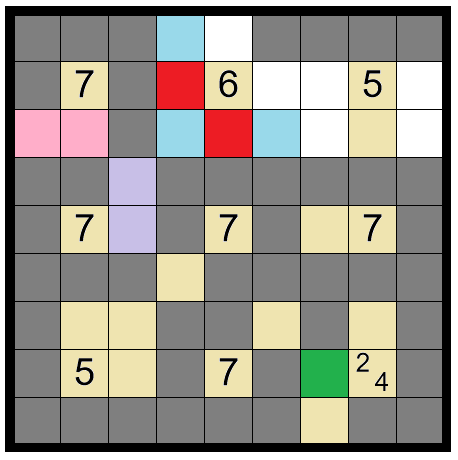 Instead, we shade the bottom one and simple logic unfolds until the grid is completed! 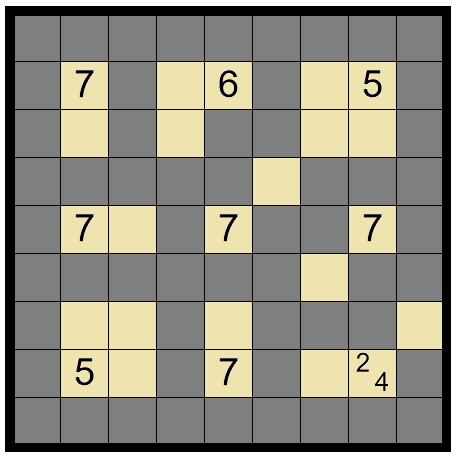