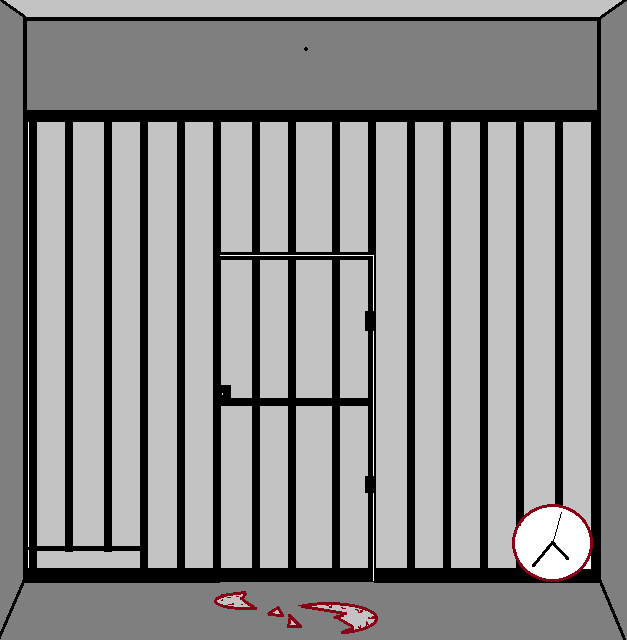 A prisoner was awoken by an earthquake that caused his wall clock to fall to the floor and rolled in the corner of his cell. When the ground stops shaking, he learns that the clock is still working properly. He can hear it ticking but all he can see now are the hands of the clock. The numbers and markings are printed on the glass cover which was broken from the fall. (see above) 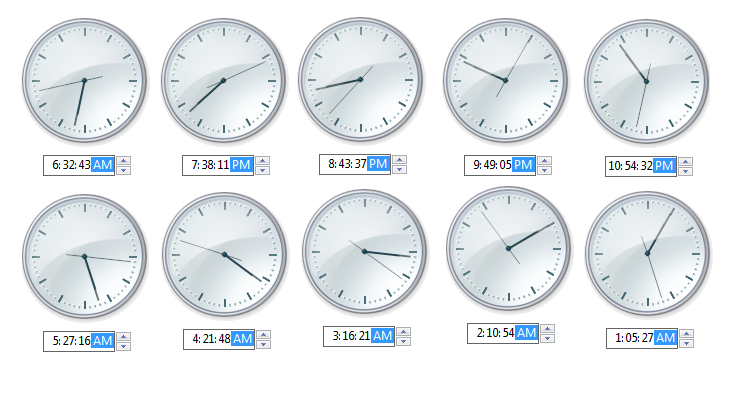 exclude candidate times that aren't actually times when he might have been asleep.

If we make the assumption that the guard isn't actually totally delinquent in his duties, the only possible answer is that the earthquake was at 5:42am, guaranteeing that when he comes past one hour later the prisoner will be out of his cell and not there to claim the promised reward. But I don't think this is the intended solution.

An analog clock mechanism with only two hands has

meaning that every angle (counting from the minute hand to the hour hand in the same direction) repeats exactly that many times during a 12 hour period.

The question then becomes: can the second hand (which is the third hand, really) distinguish between those symmetrical cases?

If all the hands move by "ticks", that is, by 60 discrete movements in a circle, then the answer is

yes. You can tell the actual time in one minute, by observing the position the second hand is in, when the minute hand moves by a tick. That position is 12, and you know the time.

Since that's way too easy, we'll assume all the hands move continuously.

it's probably not possible to tell the time. There is definitely a difference between 12:00:00 and 1:05:05, but it's way too small to discern by human eye, especially from a clock that has recently taken a severe hit.

Which brings us to the final option: If the second hand moves by ticks, and the others move continuously, it becomes a bit easier to distinguish the similar looking cases.

It'll still be impossible to be sure between adjacent hours, because the precision required (less than 2 degrees between the relative positions of the hands) is too small to be discerned with any certainty, and as noted earlier, the clock did just take a big hit.

20
All clock hands at equal degrees from each other
6
A time-traveller's puzzle
4
The time is approximately 10:10
10
How to rephrase this puzzle about a meditating monk and incense
4
Switching the clock
16
You cannot have 120 degrees of separation, but how close can you get?
16
The Odd Street Clocks
3
After how many minutes will both hour hand and minute hand lie on one another
9
Four touching clocks