Here you are seeing part of a pattern I created with my computer. 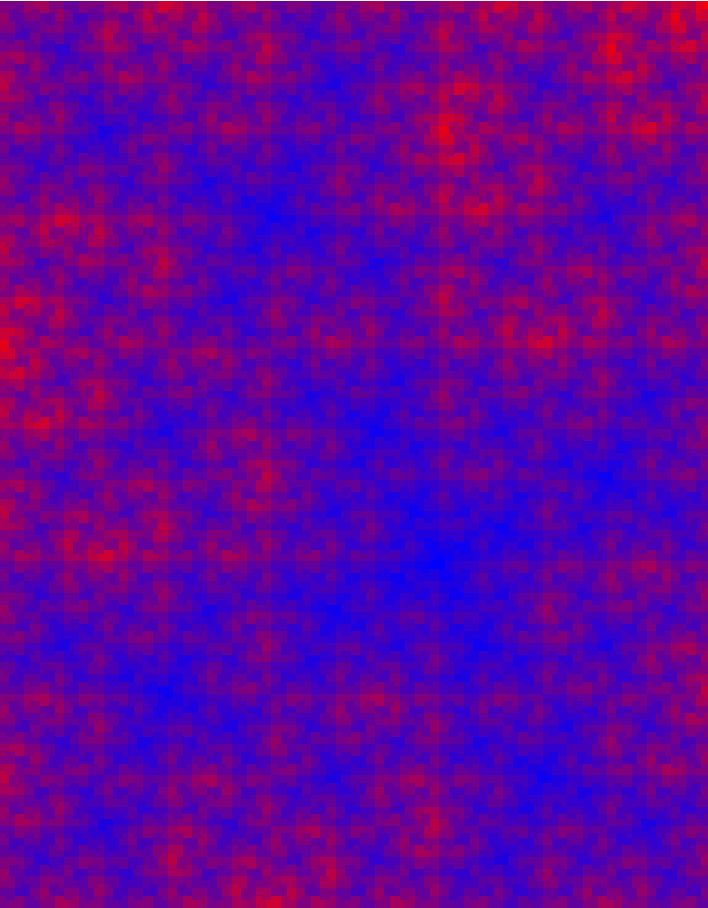 Can you either reproduce it or describe the algorithm I used?

The image is derived from a

and appears to have been produced via the following algorithm:

1: Initialize a 1:sqrt(1/phi) rectangle by placing the largest possible bees so each leaves a smaller rectangular area in the corner to be filled. Make them all red, like so:

2: As long as there exists a bee larger than some minimal size, decompose that bee into two smaller bees in the usual way. Color the smaller of the two new bees the same color as the original bee, and the larger one closer to blue. (Image from loopy walt, which isn't actually the above algorithm, but he provided it in the comments and I don't have an image of my own to present) 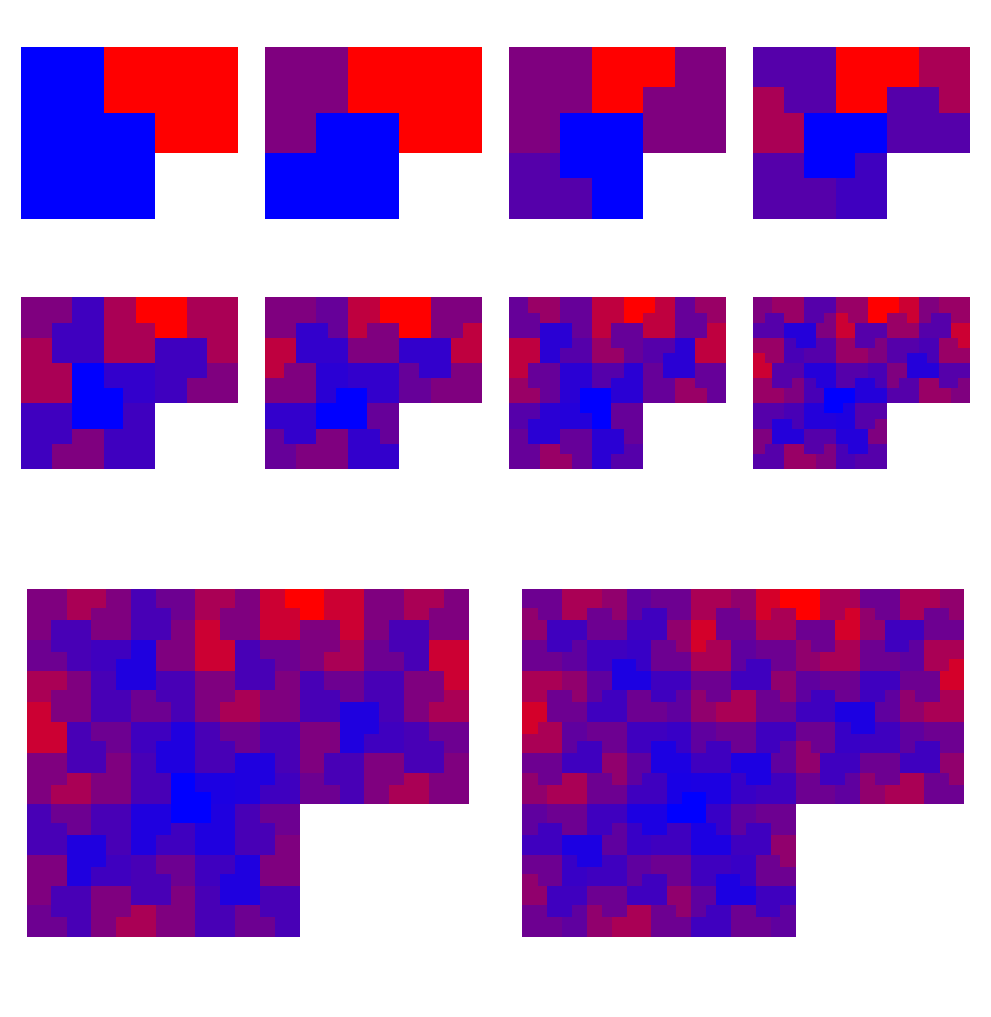 Not the answer you're looking for? Browse other questions tagged mathematics geometry computer-puzzle retrograde-analysis or ask your own question.

0
The name of the picture

30
Continue the Pattern of Circles
17
Help! I've forgotten my phone's lock pattern!
3
Find the cipher algorithm and decode the message
15
For which numbers does the order of reversing their digits and squaring not matter?
26
The master programmer and the mystical reversal
7
What's the most complex pattern to decipher if you have seen the pattern
2
Doubts about algorithm
10
Help me decompress this old file
2
The "Jumbled" Cipher
5
Algorithm to make two scrambled Rubik's cubes be exactly the same on all faces