I've designed a new type of puzzle called Four-Letter Blocks that mixes crossword puzzles with jigsaw puzzles. You are given a crossword puzzle that's been filled in and then cut up into blocks of four letters, as well as the usual set of crossword clues. Use the clues to assemble the grid. The bad news is that the clues aren't numbered in the normal way - 1 Across might not be in the top left. The good news is that every word has at least the first letter given. For large puzzles like today's, each corner uses a different suit for the clues.

At 13x13, today's challenge is at the hard level, try my previous puzzles for an easy introduction or medium challenge. You can either print out this page or the PDF version, or download the image and solve it in a paint program. Gluing onto cardboard or felt will make the pieces easier to work with. 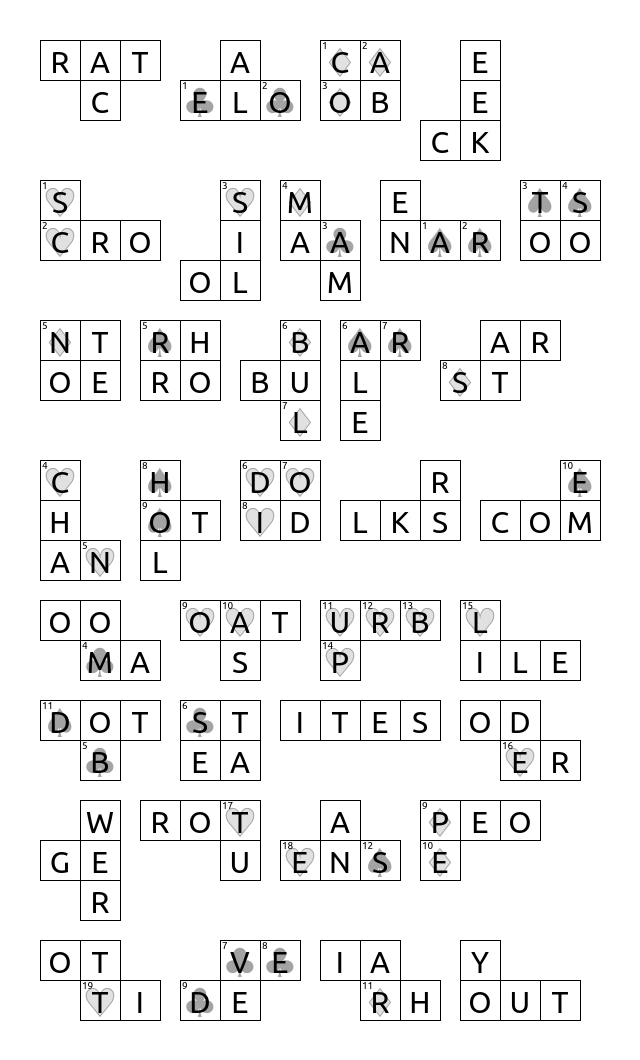 The solved puzzle (including suits and clue numbers): 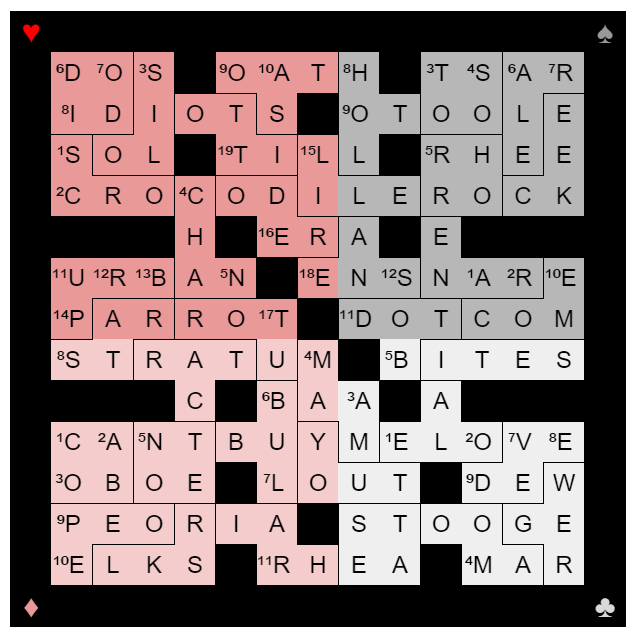