As in most cryptic crosswords, each clue here has a wordplay portion and a direct definition. The definition clues the answer that goes into the grid; the wordplay, on the other hand, yields one letter too many.

The extra letters, taken in an appropriate order, will spell information that can lead you to discover the order in which to take them, at which point it will be too late. Oh, well. 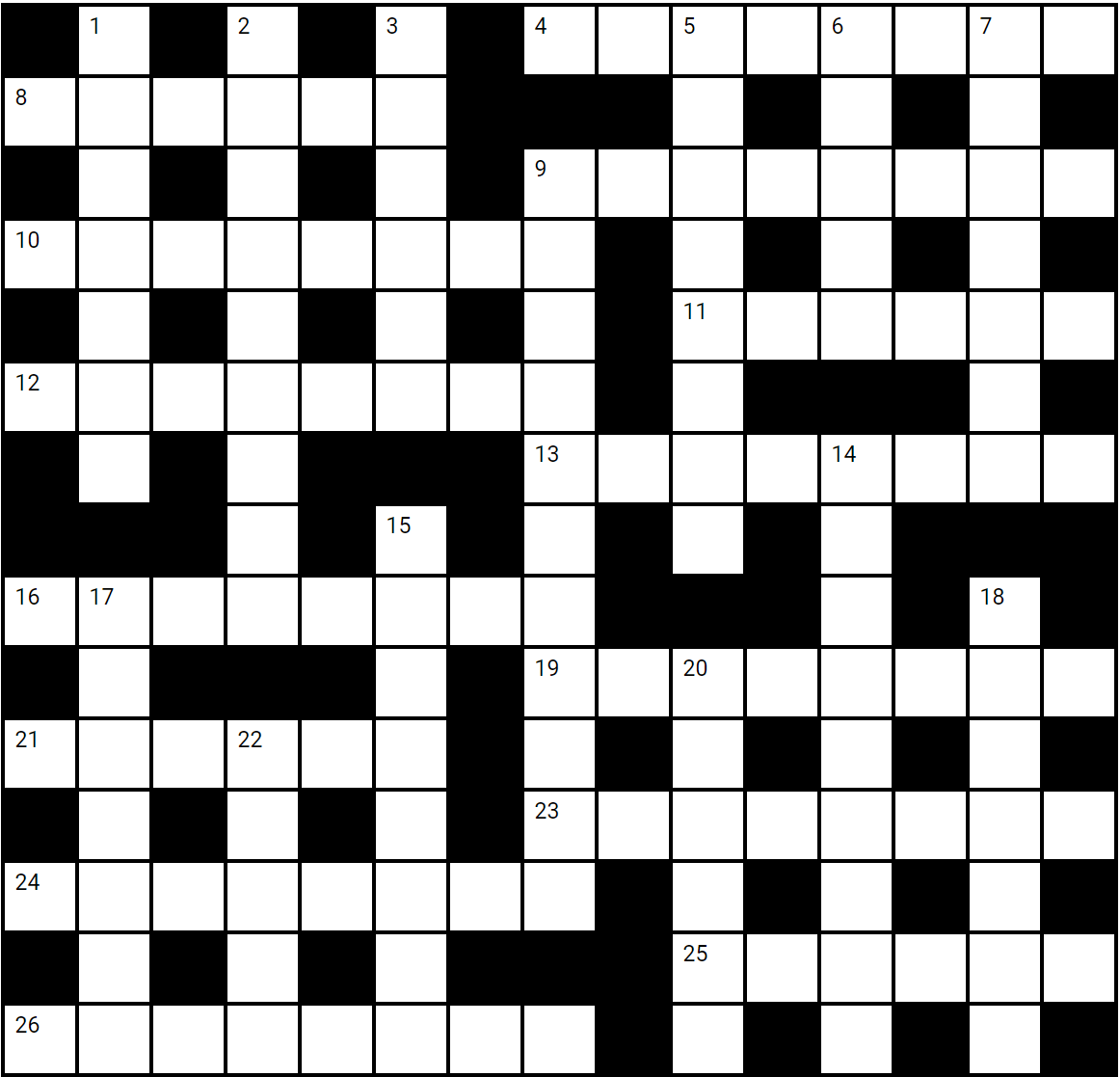 4 Types "on your marks, set"; starts beforehand (hyph.) (8)
8 Stop appearing opposed to a Hindu guy? (6)
9 Queen breaking into kawaii economy (8)
10 Harry Potter publication written by a child of magical people: "40%-Blood Queen" (8)
11 Divorcé Charles (with impotence) took interior pictures (6)
12 Provided a court letter to revolutionary general aide (8)
13 In duress, a shaken people protected (8)
16 Worked on Stamina, an island state (8)
19 Almost out of ladybugs' hearts in mental institution (5,3)
21 Rapper Cole (a guy with his pants half-down) is a Rock and Roll Hall of Famer and a knight bachelor (6)
23 French bother with no chairs. Back muscles buzz, essentially thrown back (3,5)
24 Maybe a Jew follows Mr. Cohn westward, bound for a park in California (8)
25 Mess up haunt who goes to camp (6)
26 "Should've been in bed, huh?" — Earl, Governor (8)

1 Knight Rider artiste is principally following sax master Underwood's leads (7)
2 Communes keep inhaling brain openers, but their zolpidem is mashed, initially (9)
3 Although we abhor others' — loving fabulous Marcus Dillistone's succession of characters (6)
5 Remit to Roxy's spy boss: "Attack" (8)
6 Only band with a Brady sister to get ahead of (5)
7 "Trick slime"? DEA is deranged (7)
9 Say no to mediocre: I'm in a Lizette exhibit (11)
14 Young pitcher! Embrace anger, first creating something better from the bad (9)
15 A French king having a change of heart about never making a mistake (8)
17 Smart mission: to get a single no. out of a matrix, use this function (1,2,4)
18 Perhaps Pepys said, "Trig's amuddle!" (7)
20 Sell/rent an exit (6)
22 Codger is confused: "Buddy, who played the piano?" (5) 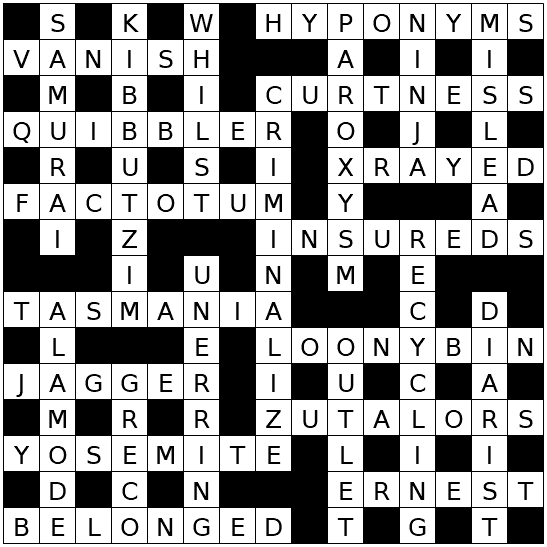 The way the wordplay in 3d works is sufficiently nonstandard that I'm describing it separately where I can take a bit more space:

apparently "succession of characters" means to take the first letter of one word, the second of the next, etc. So we have:
we abhor others loving fabulous Marcus Dillistone.

I noticed rather early on that

some answers had uncommon first letters (my first one in was QUIBBLER), and that there seemed to be no repeats other than CURTNESS/CRIMINALIZE, and that the grid has twenty-six numbers

all of which suggests

putting the extra letters in alphabetical order of the corresponding answers

from which we learn that

the grid has twenty-six numbers.