I've designed a new type of puzzle called Four-Letter Blocks that mixes crossword puzzles with jigsaw puzzles. You are given a crossword puzzle that's been filled in and then cut up into blocks of four letters, as well as the usual set of crossword clues. Use the clues to assemble the grid. The bad news is that the clues aren't numbered in the normal way - 1 Across might not be in the top left. The good news is that every word has at least the first letter given.

At 11x11, today's challenge is at the medium level, try last week's for an easy introduction. You can either print out this page or the PDF version, or download the image and solve it in a paint program. Gluing onto cardboard or felt will make the pieces easier to work with. 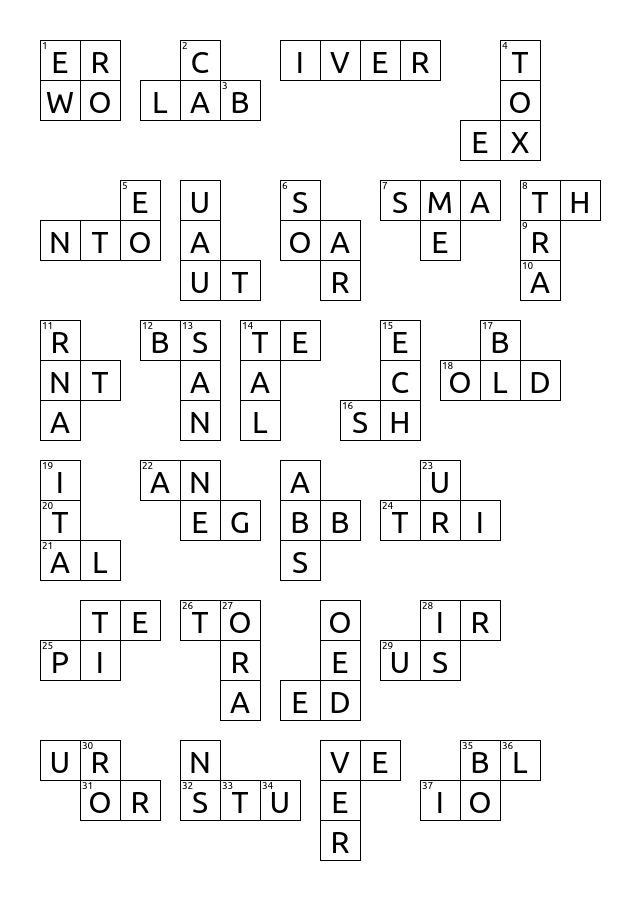 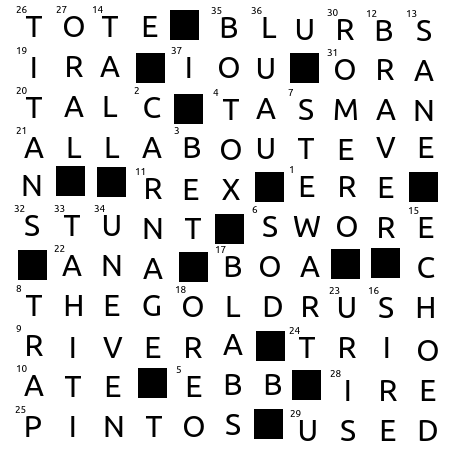 There weren't a ton of logic points that went into the piecing together, but putting together 8 across "THE GOLD RUSH" put a lot of segments together. First I got 9 across, which is RIVERA, which tucks the IVER piece under the first H in THE GOLD RUSH. This forced the piece containing the E to be in the bottom row of its piece, either alone or followed by G, which leaves only the ANEG piece. There are only two Ds, one of which is preceded by an E, so the OLD piece has to go next. There are a couple options for the R, but the only way to complete 17 across BOA was the SOAR piece. The U and the SH then only had single options.