Knight tour on a racetrack

Help the chess knight complete four clockwise laps on this racetrack, so that he lands on every square and never lands on the same square twice! The final square the knight lands on will be the same as its starting square.

In other words, find a closed knight's tour on this funnily-shaped board which crosses the checkered finish line from left to right four times.

no-computers, please, this can be done by hand. 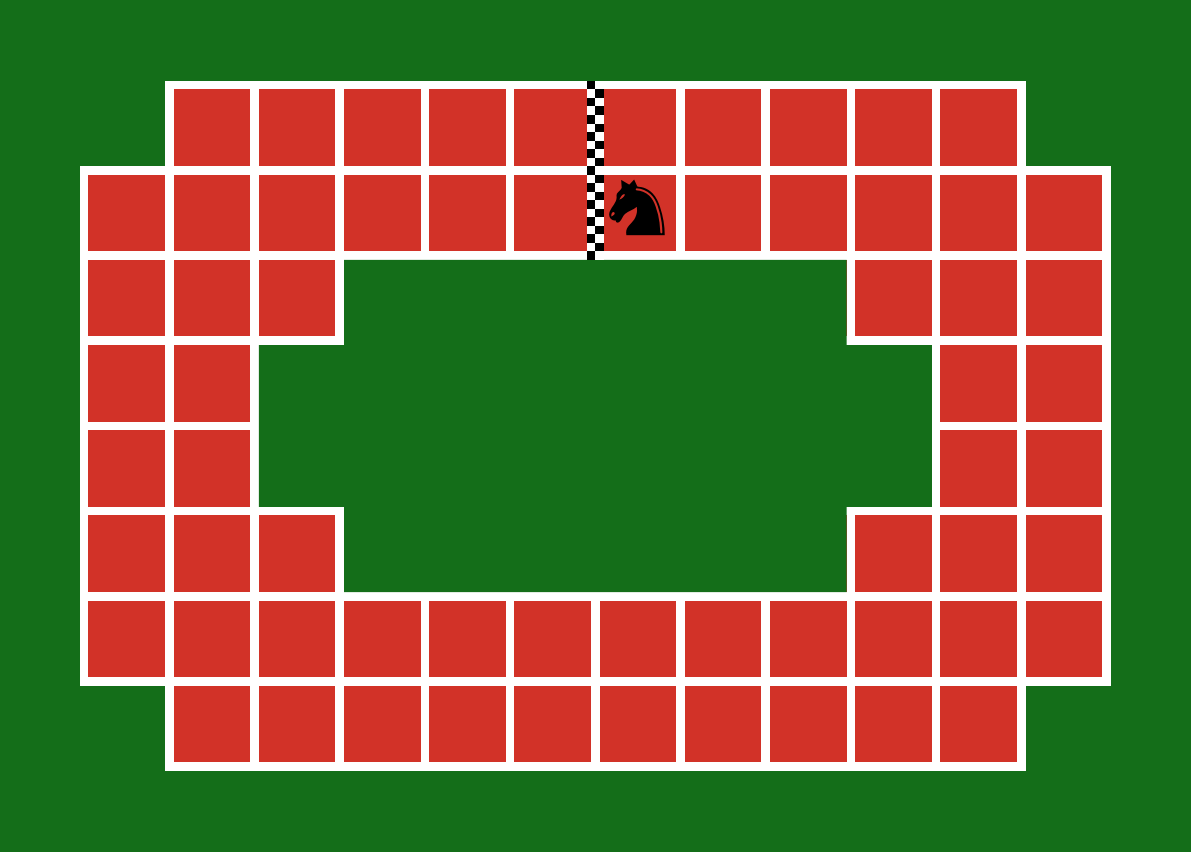 First, since we need to do four laps, then we need to make spaces for four routes since we cannot repeat squares. This means there should be four initial squares that would be the first square for each lap, and this would lead to four parallel routes. This would make it easier to find which square each route needs to go to next, while not blocking other routes. Also note that for the straight portion of the track, there is only one possibility for four parallel routes to go. So the options we have really are constrained on the corners.

This is one possible routes: 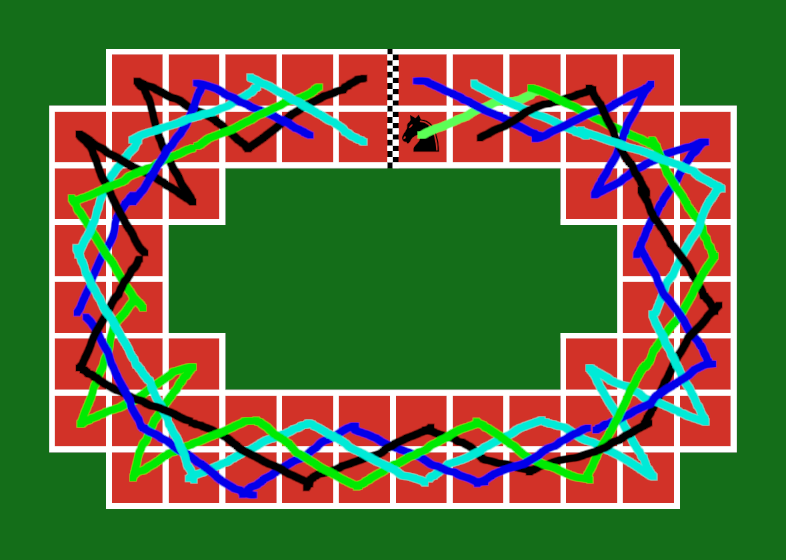 So we need to find another possible routes that would lead to the routes cycling between themselves. Let's try another: 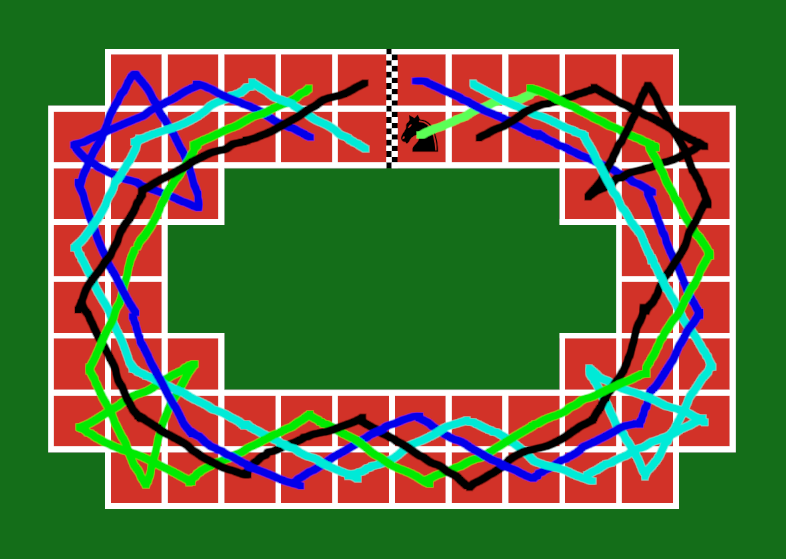 Oh no, apparently it still cycles back to itself.

Now, noticing that in each versions above, the method of turning is the same in all four corners, but they have different method. What if we combine them? Turns out that these two methods of turning is not enough. So I find the third way of turning, and by combining all three we have our final solution: 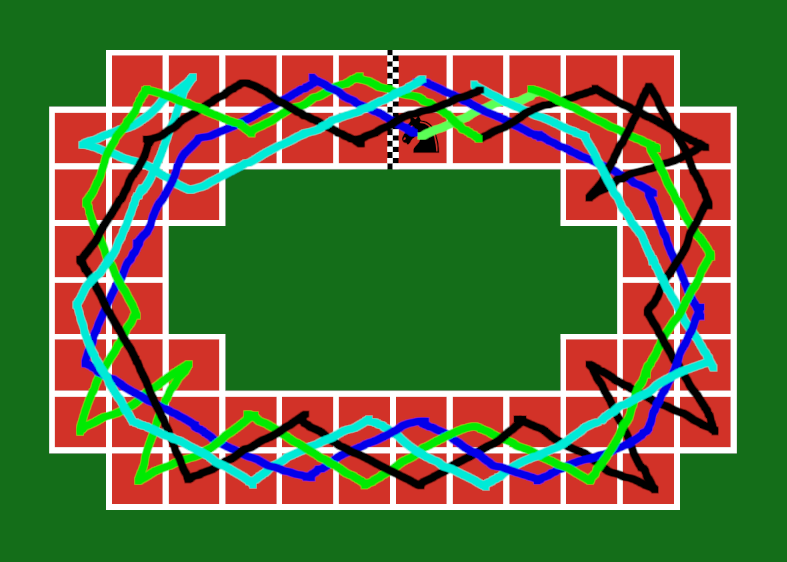 Here the initial green leads to black, then black to light blue, and finally light blue to dark blue. Therefore, this completes the four laps touching all squares.

For example, the green route here is forced, since there is no other route that can reach that middle square in the turn. 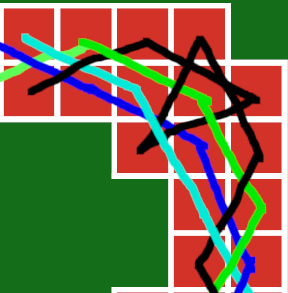 So I pretty much just went at it haphazardly and came up with this solution. 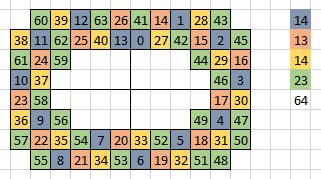 I went for 'fast' laps for the first three times around, but then found I had a substantial amount of open space in each corner, so I ended up spending a lot more time in the last lap, picking up the extra empty spaces. There was a bit of a ruckus right at the end of lap 3 though.

My answer is different from @justhalf's in that in their solution, they have almost each lap doing a zigzag in each turn, except lap two gets two and light blue gets none. I feel like there has to be more solutions than these two.

Now I'm looking at it, and noticing all of the straightaways consist of blocks that each lap hits. My usual method of knight's tour is to divy it up into 2x2 blocks and only hit each and every block once before hitting the first one again. 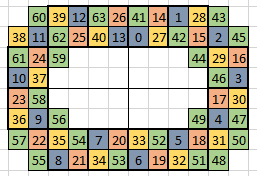 I feel like this could be explained a bit more, but I'm not sure how. Going to think on it a bit more.

EDIT: oeps, the bottom right picture is o.c. not baab but caab
My answer is (currently) wrong , I end in the same position after a round, i.e. created four 1 round loops
There are 7 ways to do this. (if I did not miss anything) 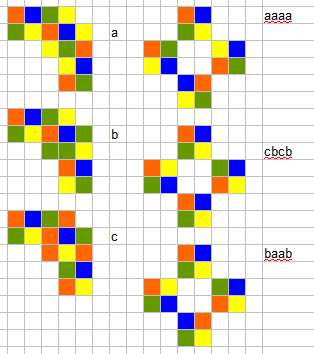 Not the answer you're looking for? Browse other questions tagged no-computers graph-theory knight-moves or ask your own question.

9
Generalisation of tours on chessboards
18
Professor Halfbrain and the fantasy knight
28
The Knight and the Maze 2
2
Closed knight tour on 7x7 board
9
Knight's Tour on a cube surface
4
A Pawn is riding this Knight on his Tour
12
4-dimensional Knight's Tour
7
Knight Battle: The Face-off
5
7x7 Knight's tour: Minimal proof for universality on black squares
25
The Knight's Romp