How is a crossword clue to be interpreted when it contains (… includes part of #-Direction)? 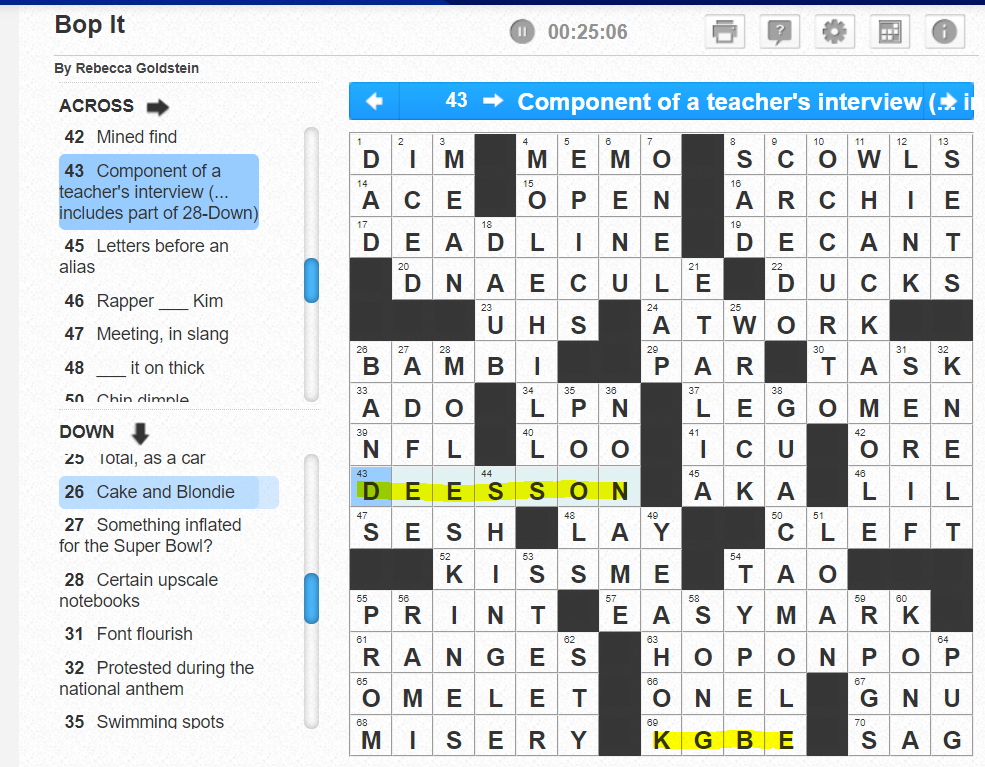 Given crossword contains two examples of these clues. This crossword is complete and correct.

Component of a teacher's interview (... includes part of 28-Down)

I understand how KGB can be the answer to 69 across whilst ignoring the E as it is part of GUACOMOLE for 38 down; however I cannot understand DEESSON as an answer. Maybe it's Lesson.

Either way I still do not understand the idea behind this crossword clue pattern.

This is not a typical construction - part of the solving process of this crossword is figuring out what that means.

Some signs that this is part of the "theme" of the puzzle:

Here, 11-Down is WHACK-A-MOLE. So you're likely looking for things representing "moles" in the grid. Hey, the referenced Down entries all have MOLE in them as a substring! 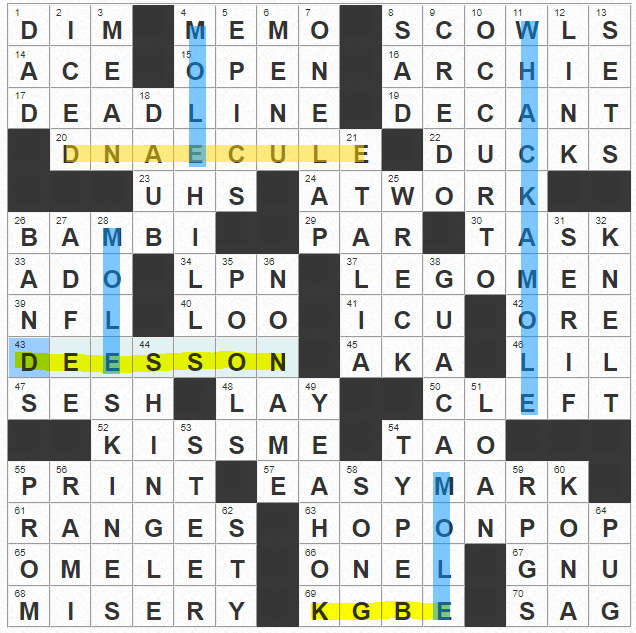 And not only that, each of them is "sticking up" from its corresponding confusing Across clue!

So, if you "whack" those MOLEs back down into their lowest square, the Across entries make much more sense - they're DNA MOLECULE, DEMO LESSON, and KGB MOLE.

These types of themes appear often in crosswords - in daily publications like the New York Times, they're particularly common in Thursday and Sunday puzzles. The puzzle "Magic Tricks" by Eric Berlin, reviewed here, shows off some other somewhat common gimmicks (a rebus square, missing letters, and letters extending outside of the grid).

(There's also 20-across which is DNA MOLECULE, with again MOLE taken from the crossing entry.)

Not the answer you're looking for? Browse other questions tagged crosswords crossword-clues or ask your own question.