Take the following Killer Sudoku (from the app "Killer Sudoku" by Studio Goya LLC) I have been struggling with for the last few hours. "Penciled" numbers are my notes about which numbers are possible in the cells. 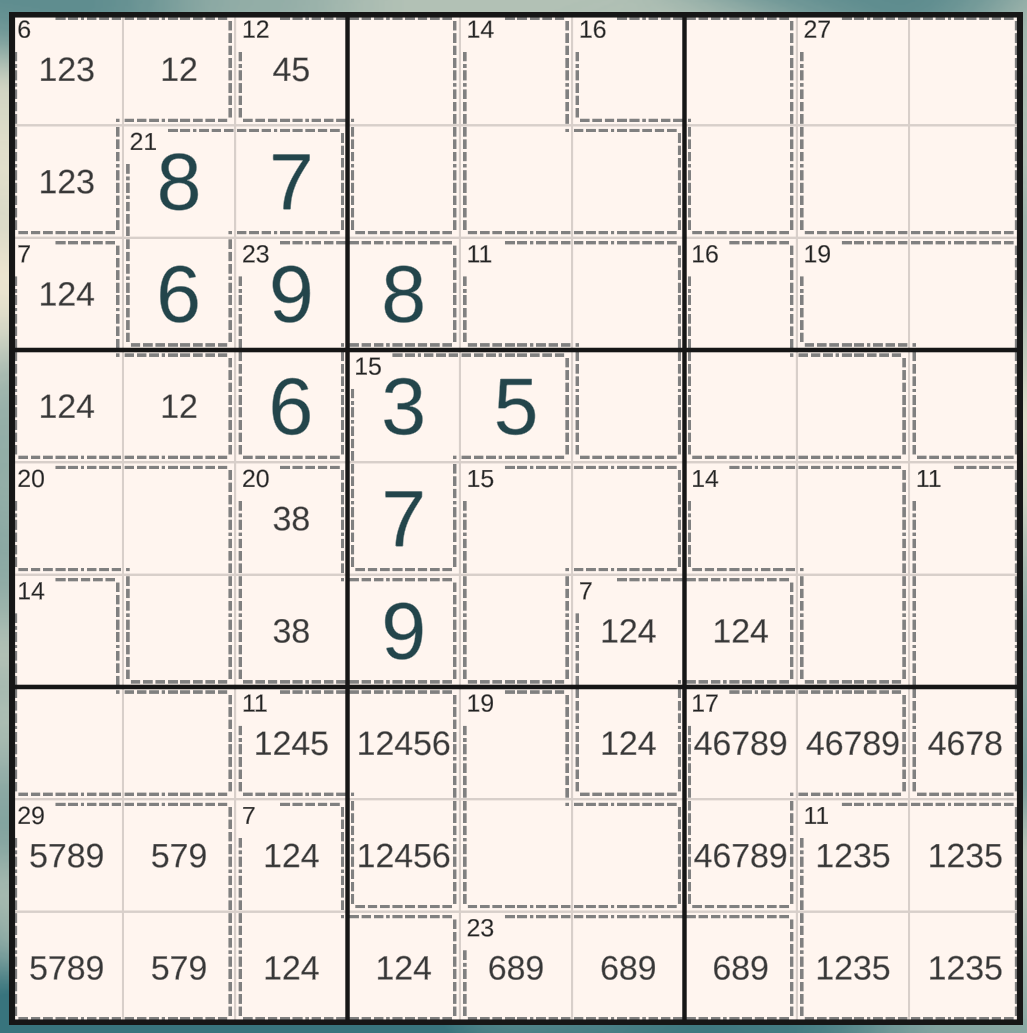 I cannot seem to find the next step. The app I am using says that R1c3 can only be a 5. However, I fail to see the reason. Anything I have tried still allows a 4 to be placed there. What is the (probably very obvious) thing that I am missing here?

For those not familiar with Killer Sudoku rules: Normal Sudoku rules apply. In addition, numbers in cages must sum to the small number in the top left corner of the cages. Numbers cannot be repeated in cages.

Assuming you are asking about R1C3,

If you look at the top-left 3x3 box, there is only one square where the 5 can go. You've already correctly ruled out 5 from the cages summing to 6 and 7.