Another cryptic crossword, with a twist! Each 2x2 group of yellow tiles forms a room, which are each assigned a number via the Roman numerals found in a room's lower-right corner. More details about them below: 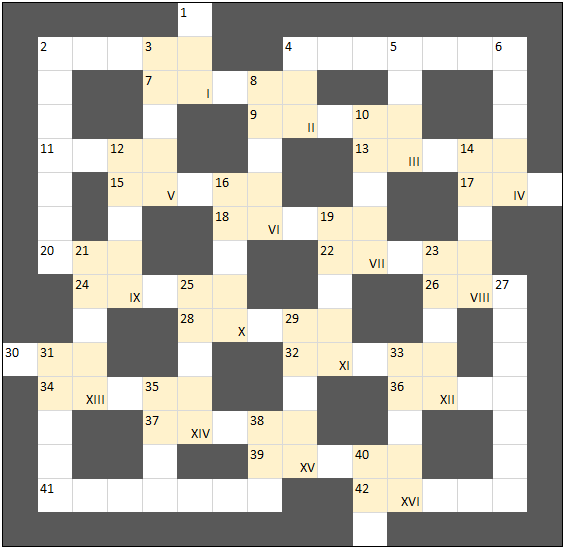 The clues below do not behave like cryptic clues. Rather, each clue contains one or more definitions of words that can be formed by the letters found in the room. For example, if a room contains H,S,P, and I, its clue may include definitions for both SHIP and HIPS. All answers below are four letters long, and the letters may be arranged in any manner on the grid.

After completing the grid, you should be able to answer the questions below. However, you are not required to solve the Bonus Challenges to have an answer be accepted.

Part A. The completed grid forms a maze; the correct path through it will pass through 10 rooms. The ends of the path lie on the "1" and "30" tiles of the crossword. How does it work and what is the solution?

Part B. Using the letters on the perimeter, how would you describe yourself? 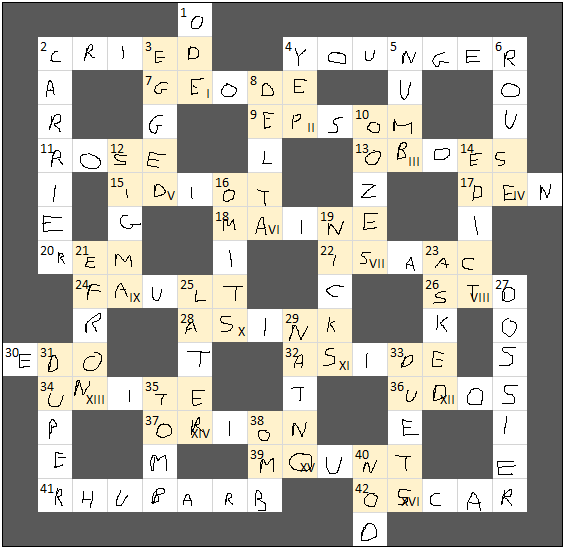 Not the answer you're looking for? Browse other questions tagged cryptic-crosswords mazes or ask your own question.