The following is an example Sum-until-1 Fillomino puzzle with its solution.

You can solve online on Penpa: Odds, Fibonacci, Pi.

Fibonacci was already answered correctly by trolley813, so just the other two:

Odds:
The placement of the 1s for this one is pretty straightforward. Starting from the bottom row, every time there is just one column where the 1 can go. After placing the 1s, everything basically falls into place without any difficult deductions. 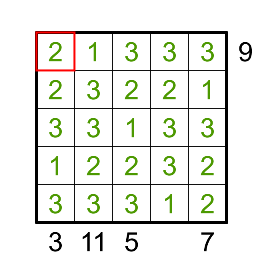 Some easy deductions to start with based on the rule that the number 1 appears once in every row/column. 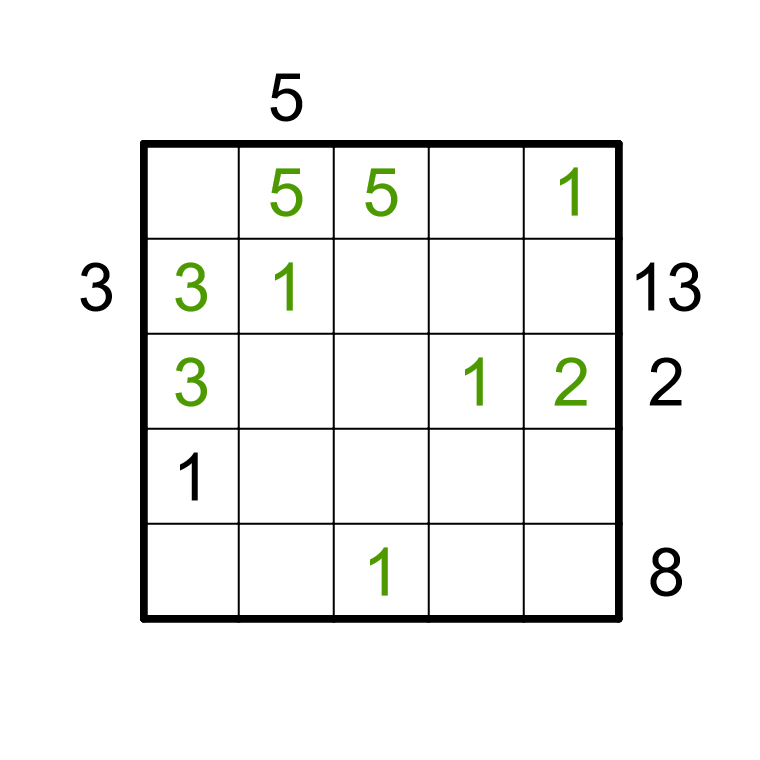 Now look at r2c3. If we expand the 5-block to there, we have two more cells to get to 13. Another 5 is not an option, since that would create a one cell area where a value of 3 is needed. Two 4s is not an option since we only have 3 cells available where those 4s could go. Therefore r2c3 is not a 5 which forces r1c4 and r2c4 to be 5.
The 8 on r5 can only be create by 4-4. Using 2 different values to get to 8 would require blocks of different size which is blocked by the 1 in r5c3. 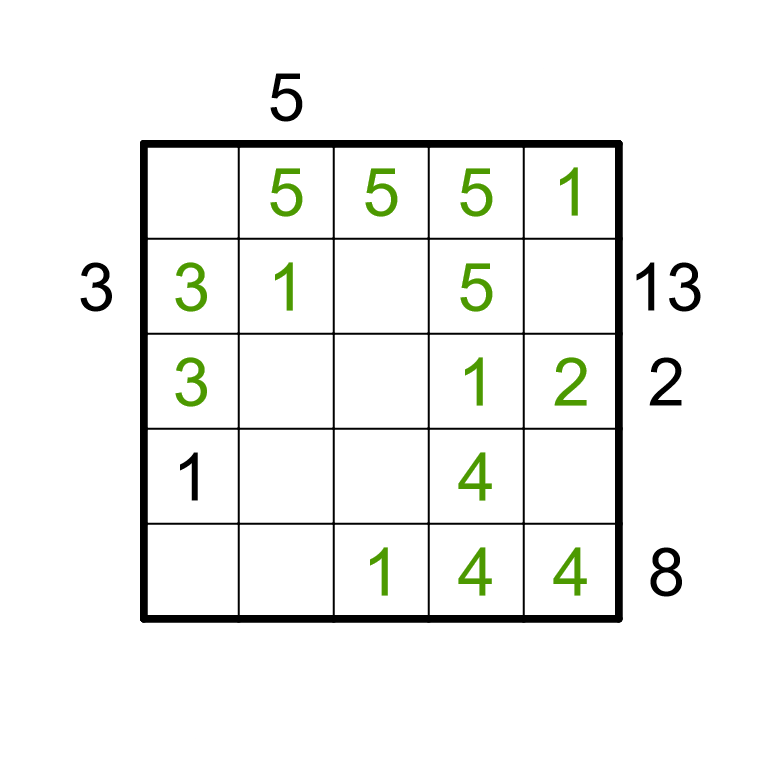 The 2 in r3c5 can expand upwards or downwards. If it goes down to r2c4, the 4 and 5 block are forced and an additional 3-block is needed to get 13 in r2. This 3-block inevitable touches the already existing 3 block, which is not allowed. Therefore the 2 will have to expand upwards and with that the grid can be easily filled. 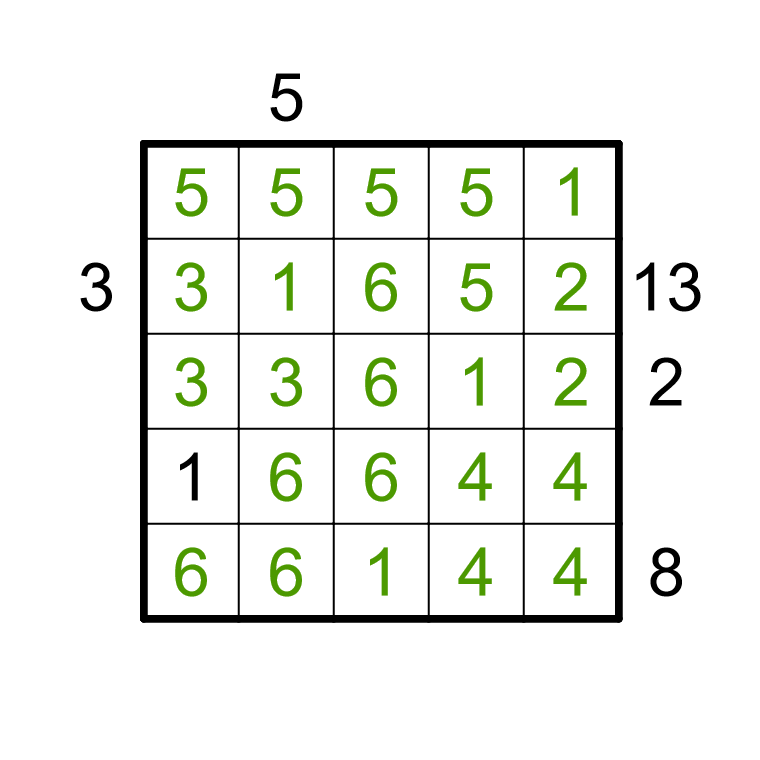 Pi:
This one is slightly more complicated, but again starting of with the 1s does the trick.
Start by noticing that the 5 area in the bottom right cannot extend left of row 4. If it would to get 15 on row 4 we could no longer have 5-5-5 since then there would be two connected 5-areas. 3-3-9 is not an option since there are not enough empty squares to fit 8 additional 9s. That leaves 4-4-7, requiring 7 squares for 7s, and 2 for 4s. Also we need an additional one for a one in column 1. That is 10 squares in total. If the 5s on the bottom right would extend beyond row 4, we only have 9.
This forces the 5s to go in r4c5 and r3c5 and therefore a 1 in the top right corner. With that the other two missing 1 are fixed as well. After this it is basically filling in the gaps again. 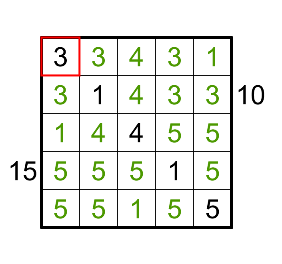