You have probably played the classic game of Mastermind with 4 pegs and 6 colours. It turns out that the codebreaker can always find the pattern in 5 moves or fewer.

Now consider the 2D version of the game. So we have a 4x4 grid of pegs and each peg can be one of 6 colours. Each guess involves making a 4x4 pattern of pegs. For each row and column, you will be told how many pegs have the correct colour and wrong position, and how many pegs have the correct colour and correct position. Obviously we can use the above classic algorithm to solve each row separately (in parallel), giving us a solution in 5 moves or fewer. However I am wondering whether we can reduce that to 4 moves or fewer? I believe it should be possible given that we now have more information coming from the columns.

I don't know the answer to this puzzle, so I am hoping that this amazing community can help me out.

What I'm going to describe is a rather gung-ho strategy which, frankly, shoudn't work, but to my surprise hasn't failed a single time in all of 100,000 trials I performed.

It finds the secret pattern after 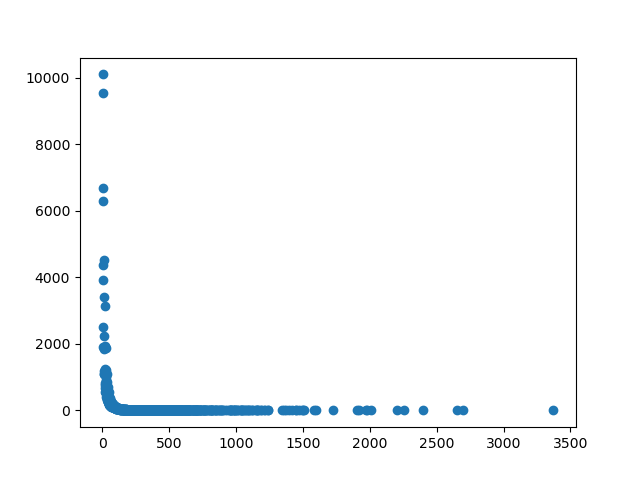 number of trials out of 100,000 where there was a given number of compatible patterns after two tests. 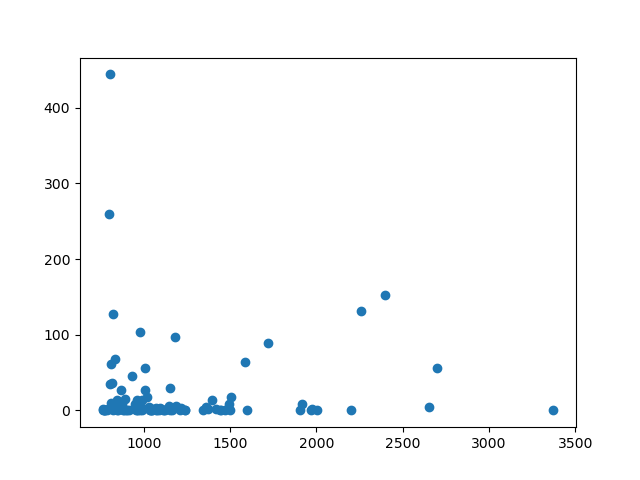 number of annealing steps required for trials with high numbers of compatible patterns after two tests.

As pattern space is vast this doesn't rule out that there are worst case patterns defeating the strategy.

In particular, the second probing does not use any knowledge gained by the first.

The heuristics that went into the design of these patterns are that each pixel have 4 or 5 colours in the same row or column and access to one double colour in its row and in its column. Also patterns 1 and 2 should be as complementary as possible.

We can essentially by brute force find all patterns compatible with the scores (black and white pins) we received. Occasionally (~4%), there will be only one such pattern which then must be the solution, but typically it will be between a handful and few thousand (see chart) in which case we can tailor a third diagnostic pattern that separates all of them. I'm using a poor-man's simulated annealing (at least that's what I think I do) to find those third patterns and it works rather well.

Below is my Python code for those who would like to explore themselves:

Next step: The easiest way to take columns into account is probably to just keep track of which colors are possible in which location. Then after each guess I update those possibilities. If any color is no longer possible in a particular location, any combinations that use that color in that location will be ruled out.

At this point I can't say if it's possible to guarantee a solution in 4 or fewer. I've tried a couple initial guesses, but none seem to do better than the one I've got in the code below. Note that this says more about my strategy than it does about the problem itself - when trying to apply the classic solution to the 2d version it is nontrivial to also apply information gained from the columns.

Not the answer you're looking for? Browse other questions tagged combinatorics strategy algorithm mastermind unsolved-mysteries or ask your own question.

7
Mastermind - all but last attempt
5
Problem solving, two pieces on a 12-gon
14
4x4 Sliding Puzzle with a twist
23
Cryptic Mastermind
1
Strategy in Coloring a 4x4 empty grid and the one who completes any 2x2 area of the grid is the loser
21
Single Colour Mastermind Problem
17
Finish the Mastermind
15
Transferring 9 pegs on a 9x9 grid
4
Master Mind Rule ambiguity