The final answer consist of 11 letters and i'm looking for a name! 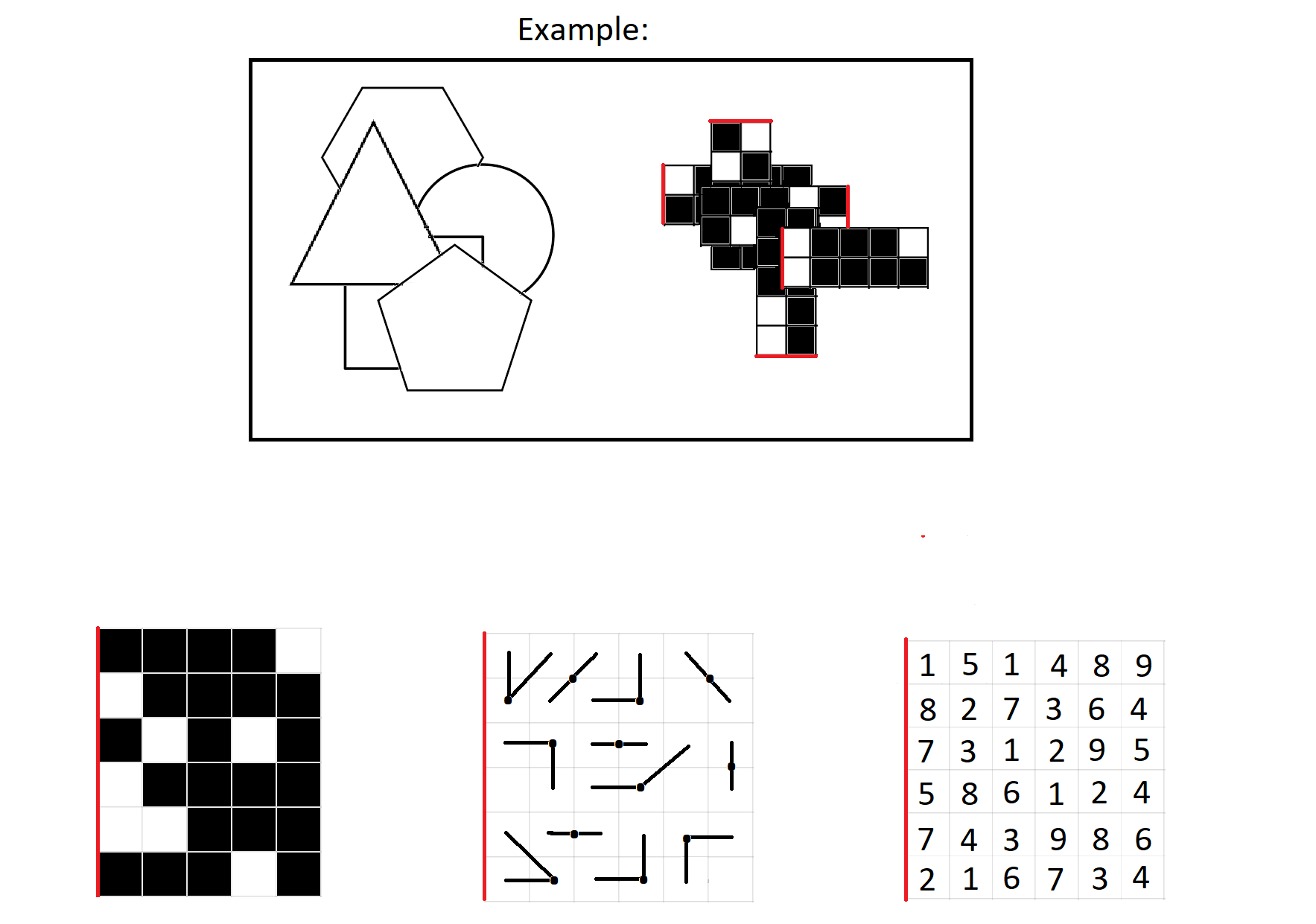 After you find the answer to the puzzle above, use this (to get the final answer):

Here are all 5 2x5 grids in horizontal position (in order)

The hidden name is:

First, as noted by @JerryDean in comments, we can see from the Example puzzle that:

If we number each of the cells in the 2x5 grids with digits from 0-9 in order along the rows, the digits in the white highlighted cells can be arranged so as to form the sum of the internal angles of the shape in the corresponding position in the diagram: 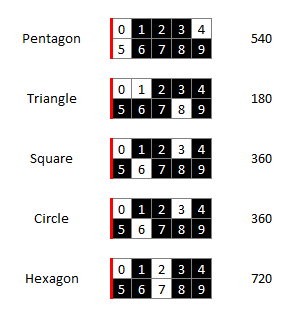 Importantly, this teaches us that...

...we should interpret the grids in the first puzzle image as highlighting digits that can be arranged to represent a specific angle, in degrees. 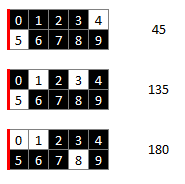 ...if you look at the equivalent rows of the second puzzle image, there are angles of these matching sizes!

Now look at the third puzzle image, and...

...overlaying the second image, see which digits these angles trace a path through:

What are these? Well, put them all together and they look like...

If we combine these with the additional numbers provided by the OP 107 71, and interpret these as a concatenated day and month number, we can form a pair of dates:

12
The Dice Star Strikes Back
17
A search for capitals
6
An "XL" puzzle: A different way to design overlapping shape puzzles
43
This new puzzle type needs a name {EXTREME EDITION}
6
Reassemble NaNoWriMo
10
An outdated Boggle board
17
Oh no, my puzzles are corrupted! What should I do? :(
31
PSE Advent Calendar 2021 (Day 1): La laa laaaaaa laa la Christmas
7
The Road to a Fulfilling Life
6
Hexagonal Topline Crossword