Rules of Tapa (copied from here):

The following is an example Trio Tapa, with solution.

You can solve it online on Penpa.

Trivial plain-Tapa deductions on the edges. Then connectivity forces R6C6 to be shaded, no 2x2 forces R5C6 to be unshaded, and the 2/4 slides into place. I also drew the borders of the first obvious triominoes. 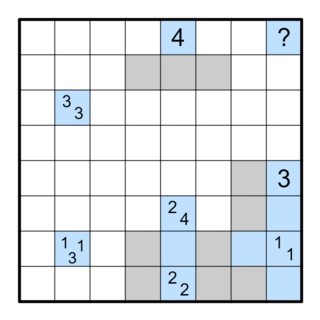 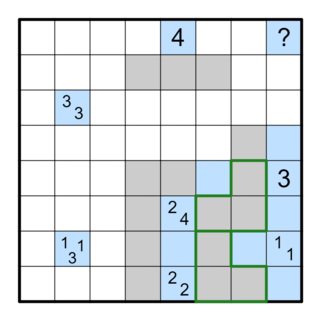 The 1/1/3 is key here. Since 1 shaded + 1 space + 1 shaded + 1 space + 3 shaded + 1 space = 8 cells, the spaces between shaded runs must only be one cell. Placing the run of 3 will automatically give the position of the two lonely 1s. It turns out that there are only two possible ways to place the 3 which won't isolate any cells: along the bottom, or along the left. In either case, we can shade in the corners, and unshade the top and right edges to block off the 1 in the top right. 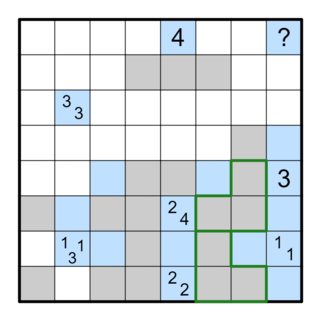 And as it turns out, one of those orientations for the 1/1/3 doesn't work. Placing the run of 3 along the bottom isolates R6C3 without a triomino (shown in the first picture), thus we can place it along the left and make some quick deductions (shown in the second picture). 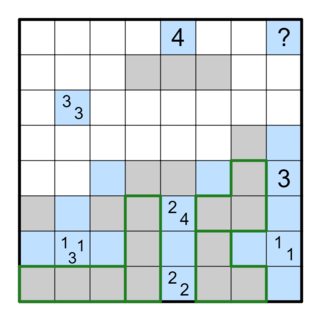 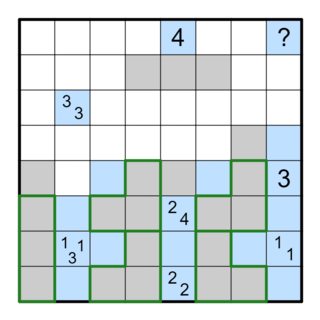 The shaded cell in R5C5 must extend upwards into R4C5, to prevent it from being trapped with no triomino. No 2x2 allows R4C4 to be unshaded now. Then, we can rule out two orientations of the 3/3 clue because they would isolate cells, and shade in cells due to that. 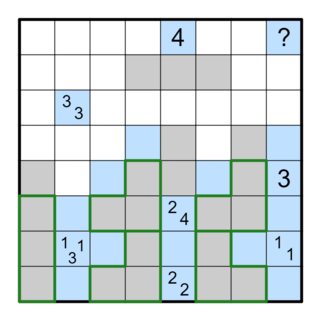 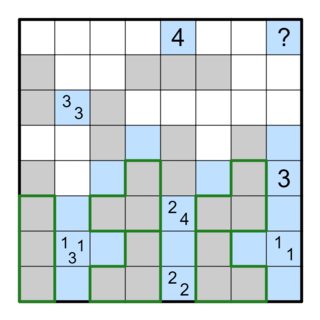 Now we can rule out one of the two remaining orientations of the 3/3, as demonstrated in the first picture, because it would make division into triominoes on the left edge impossible. Using the other orientation we reach the second picture by some trivial connectivity, applications of no 2x2, and finishing off the 4 clue. 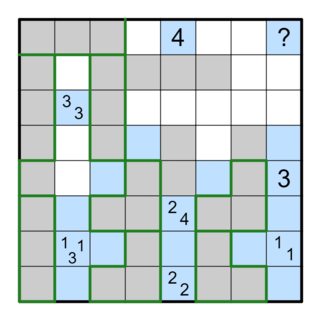 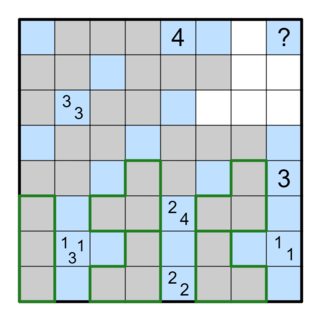 We can draw a bunch of triomino boundaries now (first picture). That allows us to see that R4C7 needs to expand upwards so it can be part of a triomino, and that allows R3C6 to be unshaded by no 2x2. 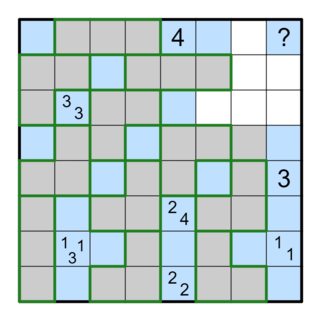 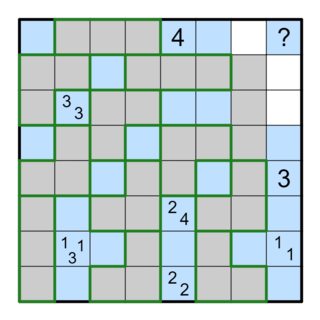 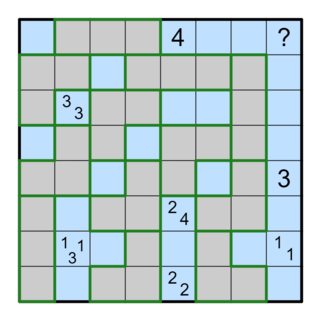 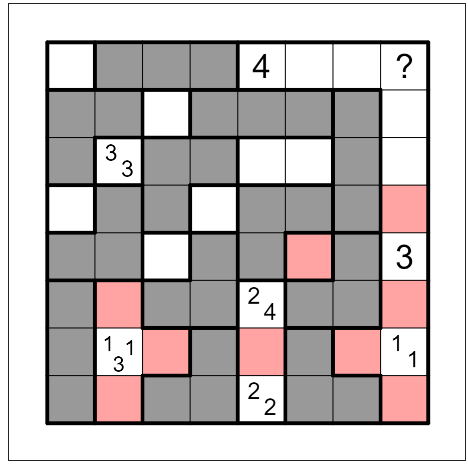 I only took one screenshot of my progress, but here it is: 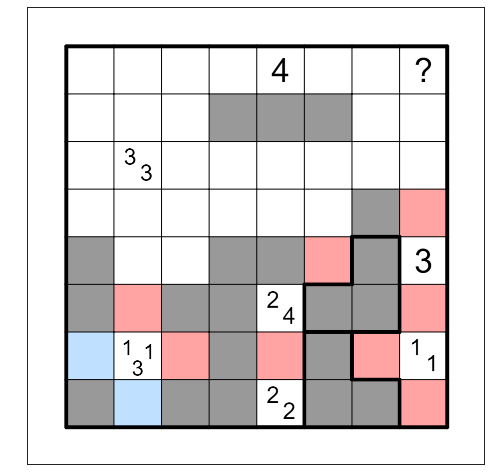