This is part 10 of the puzzle series that started at Living the traveller's dream. Each part is solvable on its own. 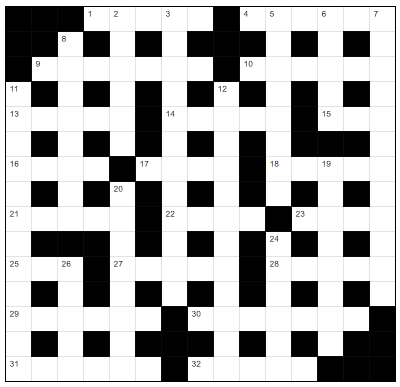 I have noticed that the longer a trip lasts, the harder it is to get a kind of “wow” effect from the things around me. At the start of a trip I might be amazed at the sight of a single exotic flower, whereas a couple of weeks into the trip I might walk through an entire garden filled with all kinds of exciting things and struggle to feel the same kind of enthusiasm. It’s funny how the mind works. That said, the sights of this week’s destination definitely blow me away regardless of how long I have been on the road.

This week I have walked among natural hot springs and geysers in the mountains and spotted little houses built on floating islands. I have seen dinosaur footprints and massive stone structures built thousands of years ago, and I have marvelled at the stunning reflection of the starry night sky on water covering a vast area of salt flats. Can you guess where I am?

Down
2. Electors initially chose wrong, leading to repetitions (6)
3. US state has border struck by bin Laden, getting positive response in Germany's top (6,6)
5. Rising up, assert "I awoke!", embracing server of breakfast, perhaps (8)
6. Hold back hearts of sweet and impassioned women (5)
7. Salt flat, for instance, visited by fat leaders of European university, briefly (5,2,5)
8. For the audience, beer and laughter creates loud commotion (8)
11. I act like a cat running to get water (4,8)
12. Excessive cramming finished; Stewart on his last legs (12)
19. Company to authorise order to produce literature for multiple courses? (8)
20. Archaeological site in Kuwait tainted with addition of sodium (8)
24. No equipment in the beginning (6)
26. A stir coming up about 24 down of operating principle (5)

Gladys will return in Going in circles.

Gladys is now in:

BOLIVIA! As part of her travels she visits the city of Sucre, plus Lake Titicaca, Salar de Uyuni, Nevado Sajama and Tiwanaku. 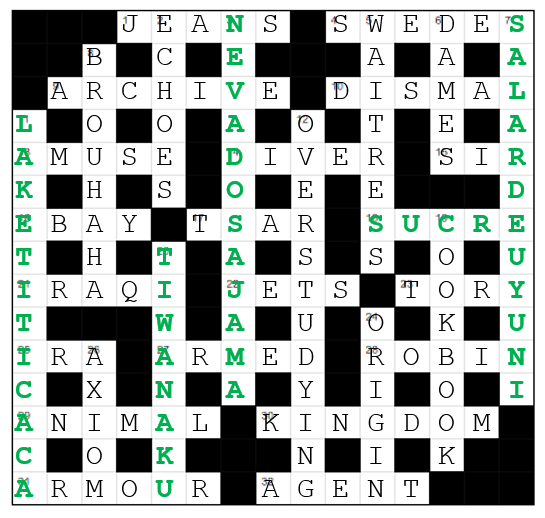