This is part 9 of the puzzle series that started at Living the traveller's dream. Each part is solvable on its own. 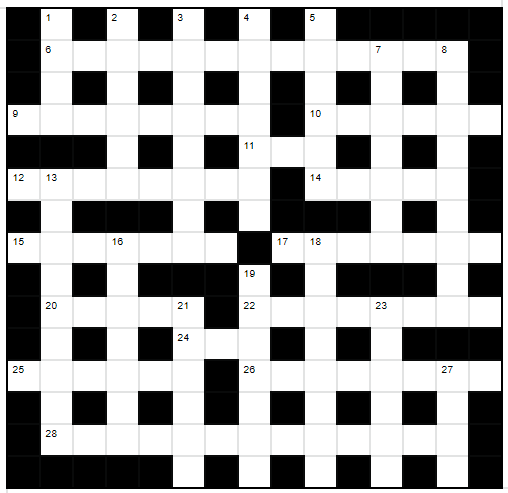 Nine destinations down, four to go. As you may have noticed, my travel plan is pretty varied because I wanted to experience all kinds of different things on this trip. You may have also spotted a common theme among the countries I choose (which is no big secret). I hope you are enjoying the ride so far!

This week I have ridden a train that takes you high up in the mountains and looked at caimans and howler monkeys from the safety of a boat. I have seen 400-year-old colonial architecture, watched meltwater trickle down from stunning glaciers, and talked to climbers preparing to summit one of the extreme points in the world. Can you guess where I am?

Across
6. Individual starting to escape European peninsula, before being caught by magical instruments, let off to marshy area (5,8)
9. Rarer, like a steak cooked or boiled (8)
10. Face vendetta seeker alongside guru east of India (6)
11. Intense hatred blazes endlessly (3)
12. Piece of music in the genre of jazz and tango, "Fake", I've arranged (4,4)
14. Turn some maps around to find city (5)
15. North Africans giving up a drop of oil for the parents (7)
17. City cab door slammed (7)
20. They might contain papers for legal proceedings (5)
22. Old flame I supply with imaginary, twisted mental preoccupation (4,4)
24. Standard kind of music from the east (3)
25. Woman's gutless assistant in custody of Ottoman officer (6)
26. Neanderthal male standing (for short time) in Himalayan country, following us around? (8)
28. Maybe Mr Bond kidnapped Q's successor alongside Doctor No, like a body that's ice cold? (9,4)

Gladys will return in Traveller's fatigue.

Gladys is now in:

ARGENTINA! As part of her travels she visits the cities of Córdoba and Salta, plus Aconcagua, Argentino Lake and Iberá Wetlands. 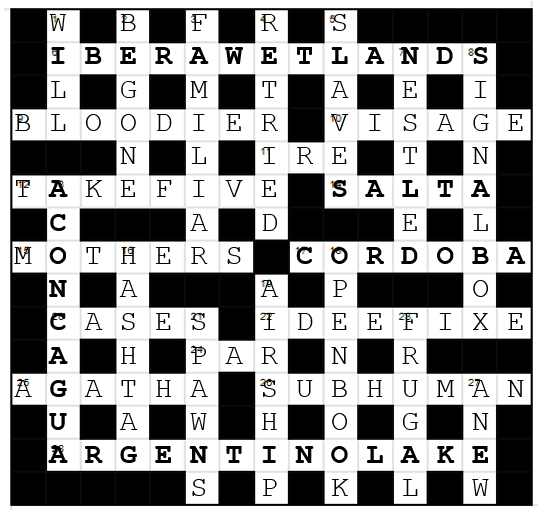