This is part 8 of the puzzle series that started at Living the traveller's dream. Each part is solvable on its own. 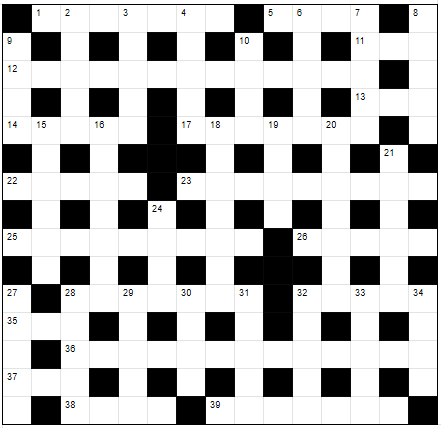 How have you been?. My trip is going really well. Even though you did not hear from me last week, I can assure you that I have been keeping busy as always. Please note that, in addition to normal cryptic clues, there are ten printer's devilry clues in this week's puzzle.

This week I have bathed in hot springs and hiked among stunning rock formations popular with climbers. I have made an exciting little tour to see the wineries of the region, watched penguins swimming in freezing cold water, and marvelled at natural landscapes that look like something from another planet. Can you guess where I am?

Gladys will return in Enjoying the ride.

the cities of PUCON, PUNTA ARENAS and TALCA, the COCHAMO VALLEY, and the VALLE DE LA LUNA. 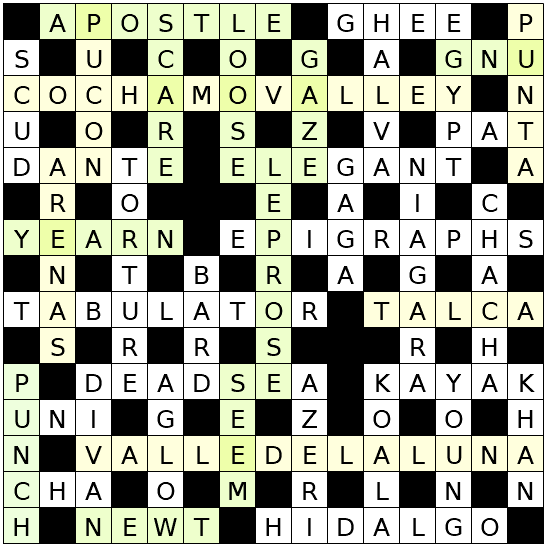 I didn't understand the wordplay for 35a because

I hadn't encountered "uni" as an abbreviation for "uniformed officer" (Jafe's intention as clarified in comments below) before. This usage seems to be rare but not un-heard-of, though I haven't found it in any dictionary.