"Daring" Ashe surveyed the towering structures and stagnant open spaces of the Temple of the Giraffes, licking her lips. On a previous expedition she'd sneaked away a bejewelled treasure, still glistening after centuries, of the ancient civilisation that once thrived here – but of course one trip wasn't enough. The undisturbed parts of her map told her to turn left…

…when all of a sudden a ring of blue and red fire erupted, little tongues slapping onto her like strokes of a cane. A black creature, burning like the trap just sprung, poked its head through and roared at the explorer.

"Wait, who are you…?" she asked with a sheepish grin. The creature gave no audible answer, instead ripping the map from Daring's grasp and sacrificing it to the inferno, then pointing to an inscription on the wall: 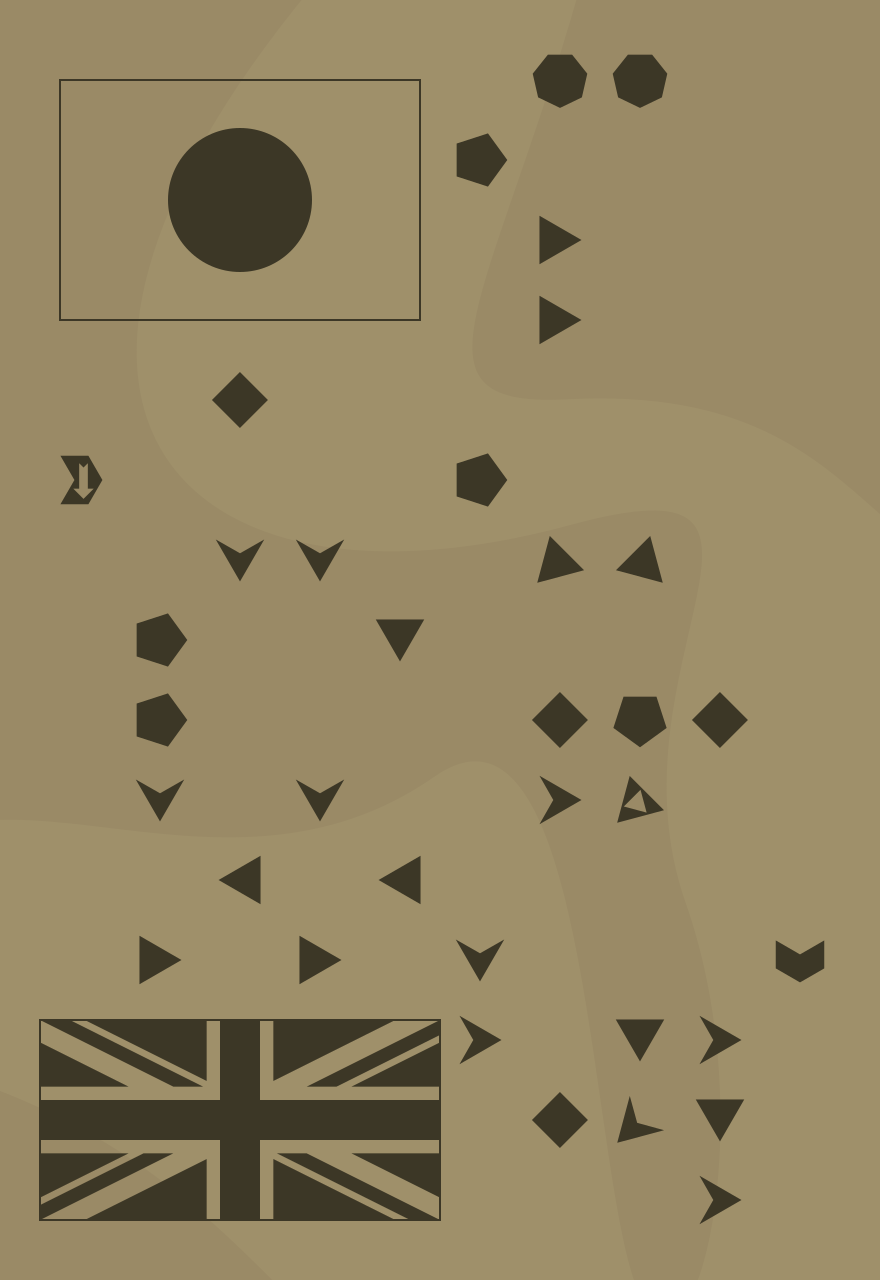 "Really?" At this she was met with only a nod. "You want me out of here?" Another nod. After staring at the inscription for what seemed like eternity, all under constant watch, Daring jumped out of the ring, but only landed in a sea of flames and burned to her death.

What was the kind of creature that Daring encountered?

Clearly the creature is fictional, and the British flag is upside-down for a reason. If only Daring had a chalk or pen or similar to draw lines starting from each of the symbols in the middle…

The number of sides of each polygon indicates how far the line must be drawn from it, except the diamonds which don't point in a definite direction. The result is two CJK characters sharing the same left side.

It may also help to know that I am a MLPFIM vector artist, and hence a huge fan of that TV show; the creature is from that show. No translation is needed, only a romanisation.

The mysterious creature is potentially some kind of:

QILIN - 'a mythical hooved chimerical creature that appears in Chinese mythology' and a type of unicorn. 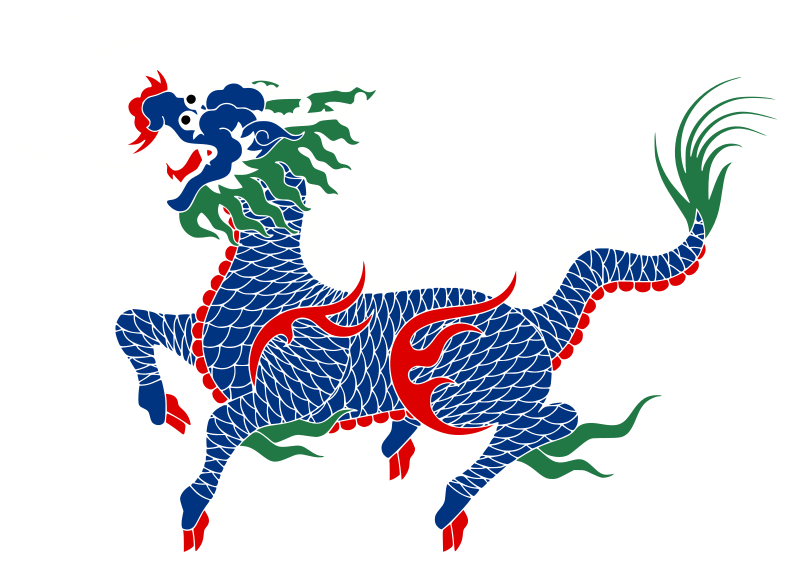 How do we find this?

The shapes in the image each indicate:

Since squares have no way of suggesting a direction for a line, these instead represent dots. Spaces occupied by 2 shapes together need 2 lines to be drawn from the same starting point.

Carrying out these instructions yields the following image: 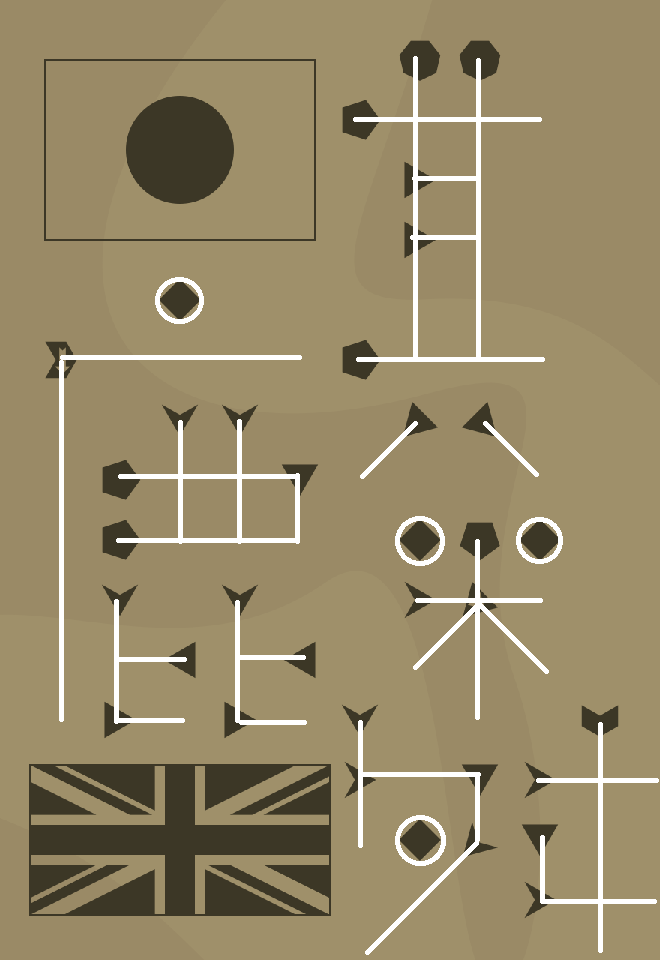 Considering the Japanese flag in the original picture, the image we have now produced bears a resemblance to:

CJK characters of some kind. I reasoned that the presence of the UK flag suggested that these characters needed to be identified and translated into their Anglicised names in order to provide an answer. However, as a native English speaker with zero knowledge of CJK characters, I had no idea how to even begin to identify them...

Then today I discovered a website where you can hand-draw CJK characters and it will suggest which one you are trying to draw - finally, a tool I could use to complete this puzzle!

1. Hand-draw the characters into this tool;
2. Scour the suggested images for one that looked a close match;
3. Google-search the symbol name online;
4. Rejoice, as it seemed to make sense! 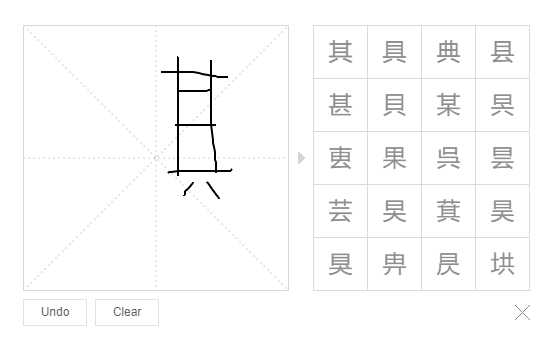 Ultimately, this process resulted in:

matches for two specific characters, which share a left-hand-side resembling the part of the image between the two flags and have a different right-hand side indicated in either the top-right or bottom-right of the image:

And together these make 麒麟, which spells QILIN - a great candidate for the name of the creature we have been seeking!

However... Upon noticing that in Hint 3 the OP stated that the creature actually appears in My Little Pony, and that I have so far not used the fact that the UK flag is the wrong way around, we can perhaps extend this solution slightly...

If we Romanise 'QILIN' to 'KIRIN' and reverse this (as per the flag) we get the name 'NIRIK'. This is a black creature from MLP, 'a beast of fire and rage' resulting from a Kirin losing its temper and fits much better with the flavourtext of the puzzle: 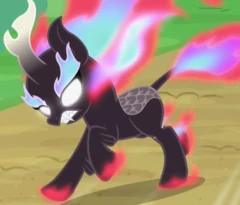 Not the answer you're looking for? Browse other questions tagged enigmatic-puzzle visual story language or ask your own question.

6
Lights in the Dungeon: Three by Three
12
The Diaries of the Old
11
Birdies and Tigers and Bears, Oh My!
29
Curiouser and Curiouser
6
Little Pictures: Charlie's Lunch Edition
4
Falcon Circus, Chapter 2: The Wise
19
Planning a round-the-world trip
27
The Dance of Love?
3
Hiker's Cabin Mystery | Pt. XIV (we skipped a number, I know)
14
The Maze of Hermes