If you manage to figure out the solving method to this puzzle below, then it should lead you to a 7-letter word. 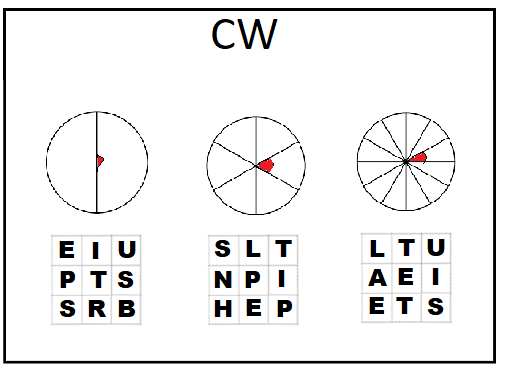 Assuming the CW stands for clockwise, as mentioned by @Ankit, and inferring that the three pies indicate rotations of 180°, 60° and 30° respectively, the second image so formed is as follows: 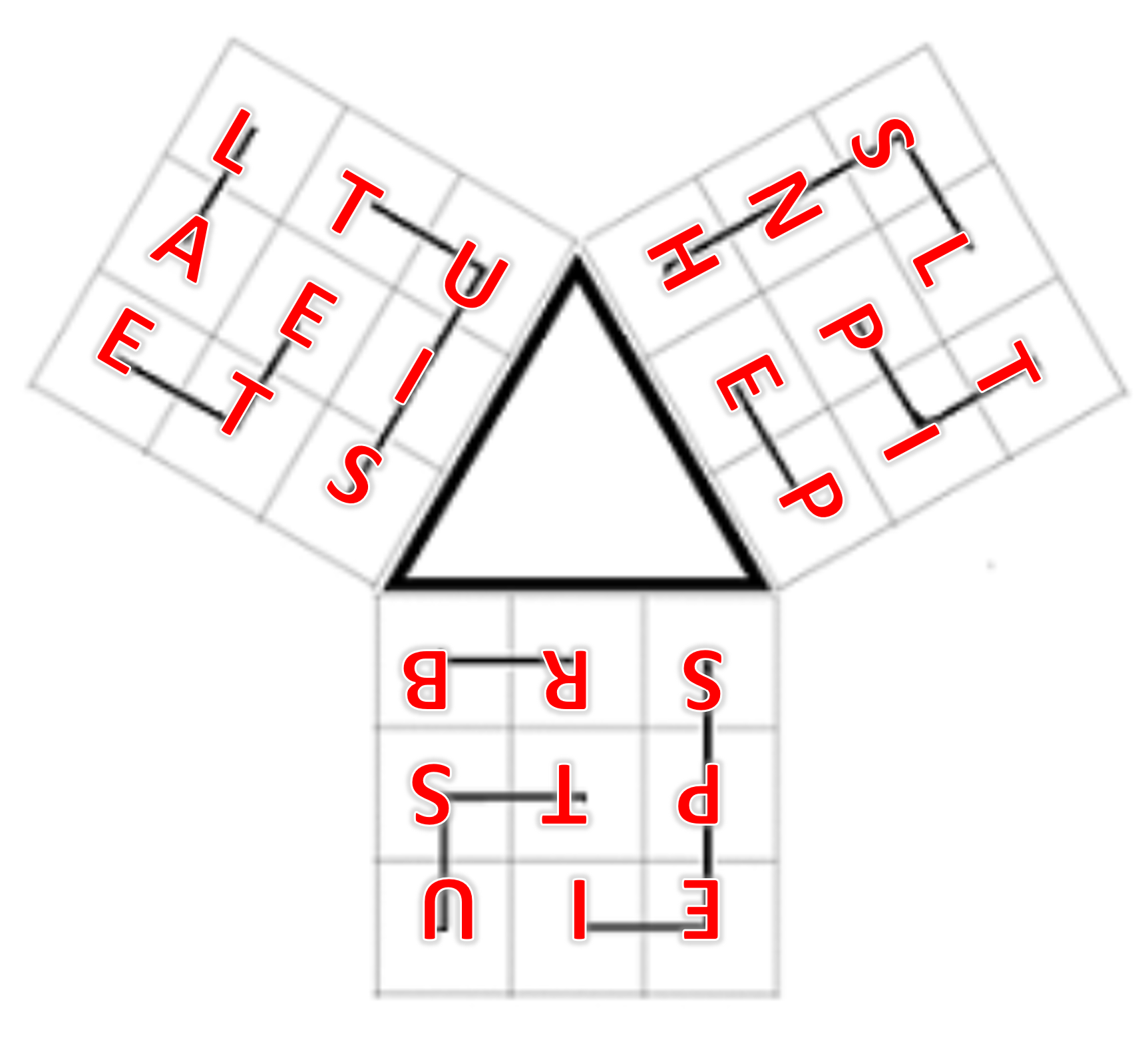 Transition 2:
All credit goes to @LukasRotter for this step. He deciphered how the letters need to be placed for the transition into the third image. In his own words:

Which letter to insert is indicated by the position of the square. Example for the red group in the first line: The first two squares have the same Y value, the third is higher than the second, and the last one is higher than the third. Looking at the "solved" second image, we can see that this means they have to be inserted in the order IEPS. 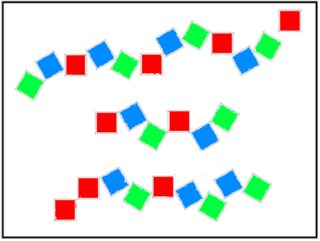 Doing this for every square gives us the text shiniestplusbearpluspetitte, a rebus.

Again, credit to @LukasRotter for pointing out that the answer had to be something heavenly and hence outer-space themed.

Putting all of this together, I realised it has to be the brightest star in the Little Bear Constellation, and voila!

As attributed to in my comment, @KabirKanhaArora 's answer and the hint, the first clue is that you rotate each block clockwise half a turn, 1/6 turn or 1/12 turn respectfully. This allows us to put the blocks in the second picture surounding the triangle. Check Kabir's fantastic image to see this.

looking at the 3rd image shows three rows: one of 12 squares, 6 squares and 9 squares (aka 43, 23, 3*3). A looking at the 2nd image shows that each block has a polyline going through 4 letters, 3 letters and 2 letters. Noting the orientation also shows an even spread of half turned, 6th turned, and 12th turned boxes. So they probably correspond in this way. On the note of orientation of boxes, they probably indicate the original block, and the lines in image two shows the order in which they should be input. I'm not sure which direction the blocks lines go in, so I will label the blocks. We are left with 321231231231 / 123123 / 112312323

Picture 3 to Rebus (in progress)

First of all, there are 2^9 ways to insert the letters by which side of each line is the start and which is the finish. Also, to pick out 7 letters, I noticed that there are 7 occurances of "123" listed above. I also tried making it "translations of 123" and selecting the ones that don't fit, but that leaves us with 6 letters not 7.

However @LukasRotter gave a very helpful comment that states that if oriented properly I can get it to say shiniestplus/ bearpl / uspetitte. Not 100% sure where to go from here.

Ok I think I may have an answer: (Update: it looks like Kabir got the right answer, mine is different.)

Bear + Petitte combined with the heavenly clue makes me think of a brown dwarf star (a star with the mass of 15-80 Jupiters). Stars shine... the Shiniest dwarf star is Sagittae. This is 8 letters :(. But note that there is an extra t in the word petite. Does this mean the answer is "Sagitae"?

Not the answer you're looking for? Browse other questions tagged enigmatic-puzzle visual rebus or ask your own question.

2
Find out the encrypted number or letter
14
Harriet's final exam
8
COLOR-PUZZLE. Complete the picture
9
Hmm... who can I possibly be?
4
Born U.B but mostly known as
14
PEBMSRMEE (all four)
17
The Purple Periodic Puzzle
13
Champion, with a smirk
16
Finally. Took me a while
6
To remember them